In addition to making it harder for schooling, children lacking a birth record are more vulnerable to trafficking in persons or being recruited by violent groups in the region. 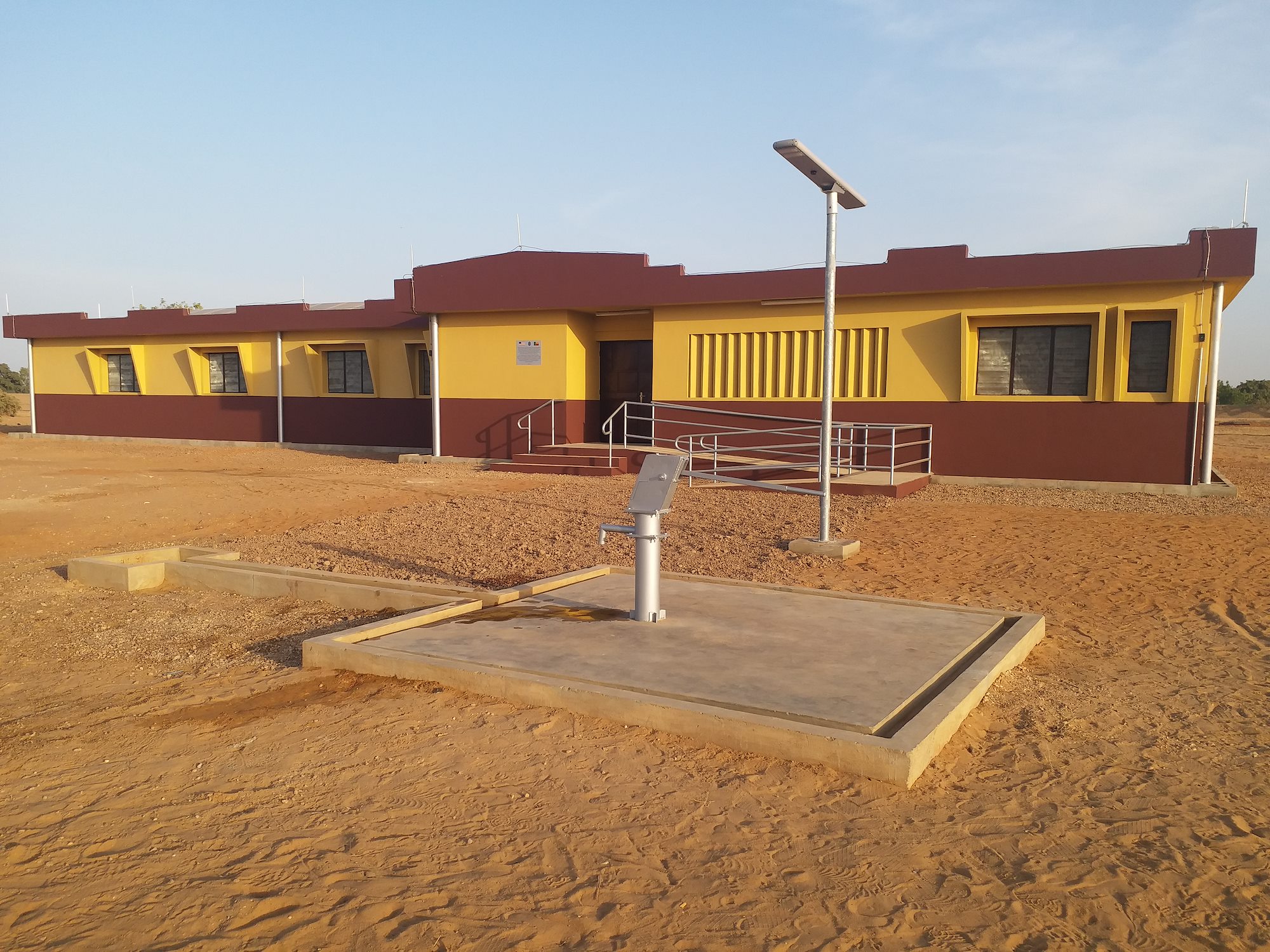 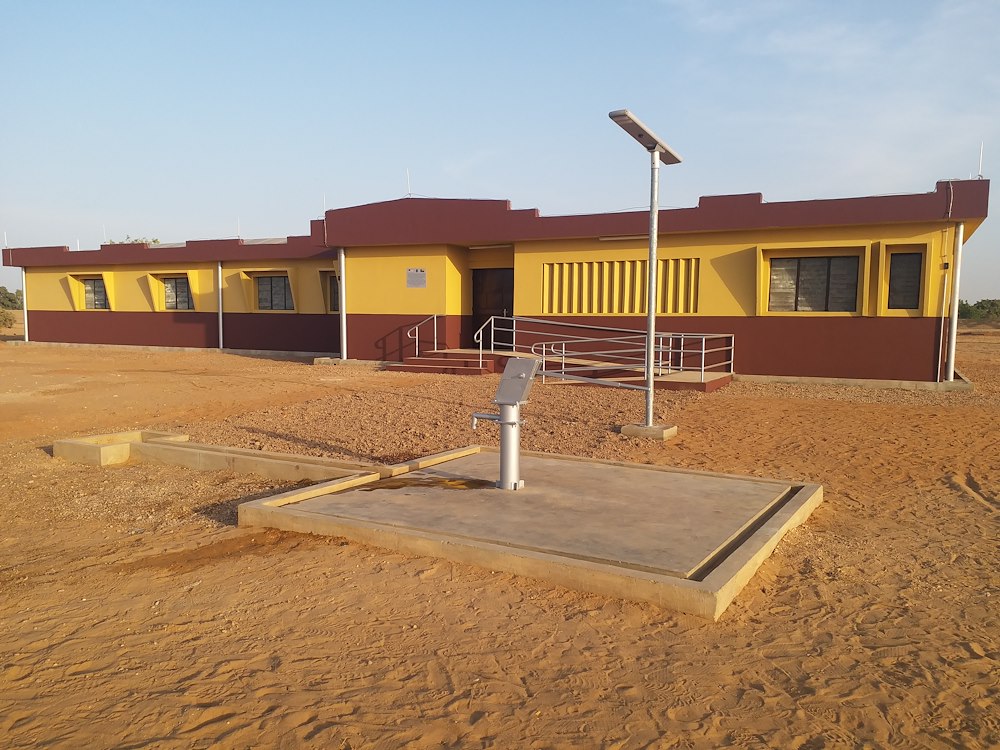 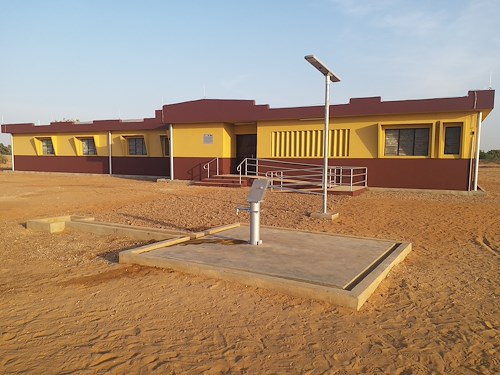 A health clinic, with a water well hand pump on a concrete pad and a solar powered light pole seen in the foreground, is seen here in the remote village of Money, Benin. The clinic and various associated facilities comprise projects recently completed by the U.S. Army Corps of Engineers, Europe District through funding from U.S. Africa Command and coordinated closely with the U.S. State Department.
Share:
Download image
Photo by: Cosme Quenum 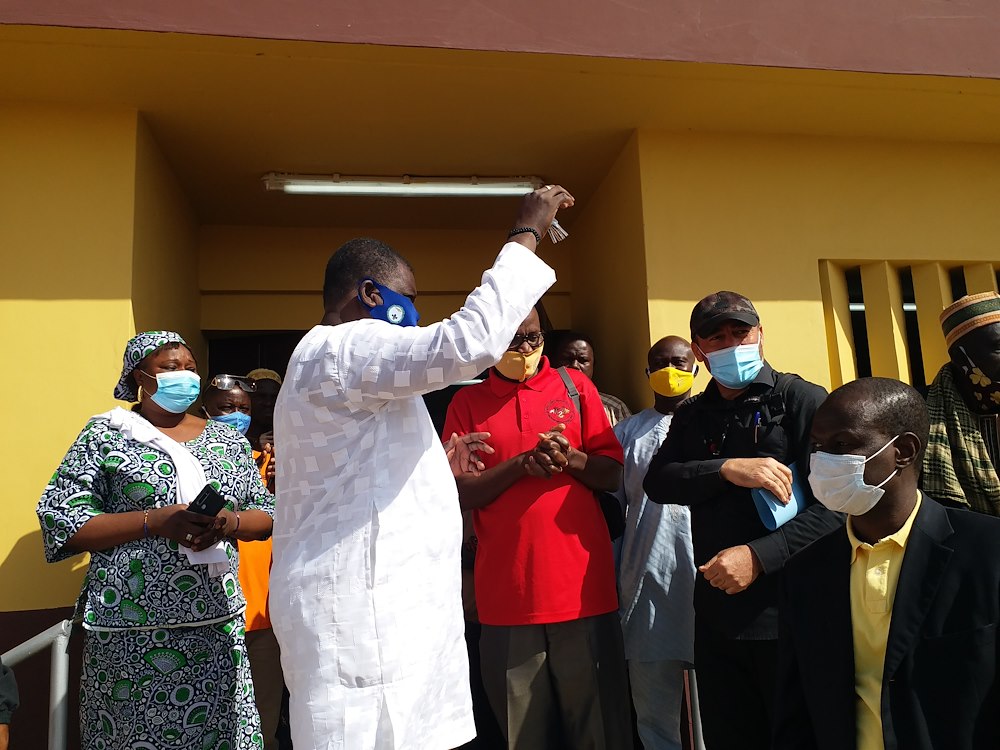 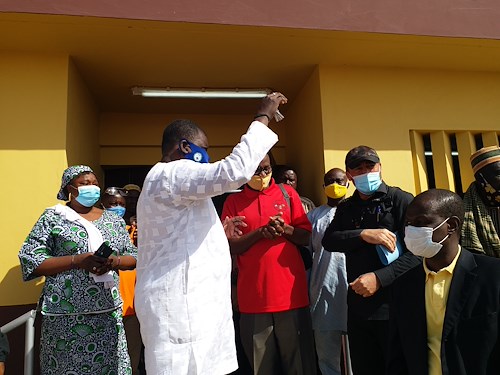 Humanitarian Assistance Program Coordinator Cosme Quenum, a local national with the U.S. Embassy in Cotonou, Benin, turns over the keys of a newly constructed health clinic to local officials in the village of Godjekoara, Benin, at the end of January 2021. The clinic and various associated facilities also built with it comprise one of two similar clinic projects recently completed by the U.S. Army Corps of Engineers in that region of Benin through funding from U.S. Africa Command and coordinated closely with the U.S. State Department.
Share:
Download image
Photo by: courtesy photo

Villagers in two communities in northeast Benin will no longer need to cross the border to give birth or receive other basic medical care with the delivery of two new medical facilities in the remote villages of Money and Godjekoara, both of which sit in the larger border region of the Commune of Malanville.

“As the nearest clinic in Benin is very far and roads are inaccessible, these clinics will provide a primary place for healthcare, delivery of births, and birth records for its citizens,” said U.S. Army Corps of Engineers, Europe District project engineer Chris De Pooter. “The birth certificates are important as they are often necessary for education and help protect children from human trafficking.”

Local National Cosme Quenum, coordinator of the Humanitarian Assistance Program in the U.S. Embassy in Cotonou, emphasized the importance of having a safe place for women to give birth and where births can be properly documented.

“In these areas, there are no basic health or educational services available for them,” Quenum said. “But now that a health clinic is available and accessible, any woman giving birth will be provided with a birth record for their child. This makes a big difference and will facilitate schooling when the time comes. Moreover, those children with birth certificates will be properly documented as Beninese citizens.”

Quenum said that in Godjekoara particularly, women seeking medical facilities to give birth would sometimes have to cross over to Nigeria to give birth and would then get Nigerian birth certificates for their babies which can cause issues.

That being said, he clarified that giving birth at home is the most common practice in those remote places. As a result, there is often no written evidence of when and where these children were born. In addition to making it harder for schooling, children lacking a birth record are more vulnerable to trafficking in persons or being recruited by violent groups in the region, Quenum said.

“This area is near the border with both Niger and Nigeria and is susceptible to arms, narcotics and human trafficking and influence of violent extremist groups,” De Pooter said. “In addition to the Ministry of Health identifying these areas as having critical healthcare needs, and the Beninese Agency for the Integrated Management of the Border Areas has confirmed that the larger Commune of Malanville is one of the areas most affected by trafficking.”

Both main clinic buildings include maternity wards, dispensaries, and midwife’s quarters. Associated facilities built at both sites include a water well, hazardous waste storage and incinerators and solar-powered lighting.

Both clinics are also equipped with multi-compartment ventilated improved pit latrines, which are specially designed latrines built in areas where there is no dependable supply of piped water. These latrines are designed with ventilation pipes with built-in fly screens to reduce the gathering of flies and other disease carrying insects that often gather at restroom sites and are laid out to reduce lingering odors associated with their use.

Quenum, who handled the turnover of the facilities for the U.S. Army Corps of Engineers to local authorities earlier this year because of COVID travel impacts, said these type of clinic projects and their associated facilities are often the most substantial structures in some of these villages and become a focal point for the community and a point of pride.

Local officials told Quenum they were "pleased to have received such a large gift from the people of the United States of America." Quenum also conveyed that Malanville Mayor Guidami Gado said "the newly constructed buildings were bringing light and joy into the Godjekoara and Money communities' lives."

De Pooter, who came to Europe District from Rock Island District in Illinois where he primarily supported large water resource projects and renovation of military facilities, said that is part of what makes working on these types of projects so rewarding.

“I thoroughly enjoy working on Humanitarian Assistance projects. They are a bit more simplistic, but I find them fun and exciting to be part of the construction of these facilities,” De Pooter said. “I also find it very beneficial and rewarding to work on projects that are intended for recipients that are in need of basic human services.”

Also, in Benin, the U.S. Army Corps of Engineers turned over an additional three school projects this past winter, for the communities of Kpomasse, Danri and Biguina. The U.S. Army Corps of Engineers also has a high school under construction in the community of Tanguieta, with several other school and medical facilities planned for Benin and other communities throughout Africa.

The work in Benin is part of the larger Humanitarian Assistance program with projects in several countries throughout Africa overseen by Howard Mosley, the Europe District program manager to U.S. Africa Command.

“USACE's successful completion of these and other humanitarian assistance projects in Africa is critical in meeting the priorities set forth by the AFRICOM leadership,” Mosley said. “Our success is a testament to the cooperation that exists between USACE, AFRICOM, the U.S. Embassies and our partner nations. This effective partnership is critical in meeting the U.S.'s mission in Africa.”

The U.S. Army Corps of Engineers, Europe District implemented and managed the construction of the facilities. Project requirements and funding were provided by U.S. Africa Command with onsite coordination provided by the U.S. Embassy and Office of Security Cooperation. 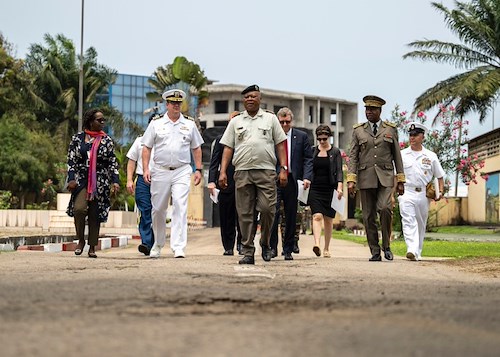 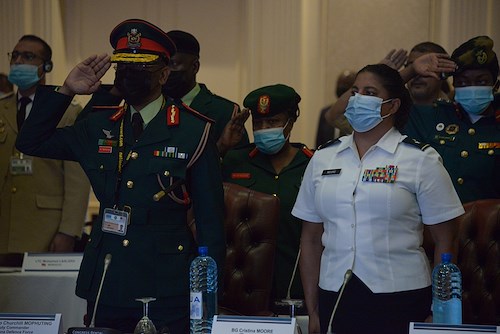