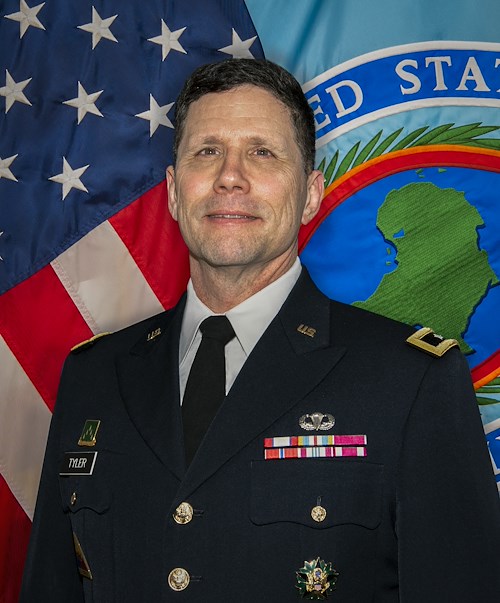 Maj. Gen. Joel Tyler assumed duties as the chief of staff to the commander for U.S. Africa Command on June 21, 2021. Tyler is responsible for exercising day-to-day supervision of the staff, management of matters involving the daily operations of the command, and providing counsel and advice to the commander, deputies and the command senior enlisted leader on all matters affecting the command.

Tyler is a graduate from the University of Arkansas Army ROTC in Fayetteville, Arkansas, where he commissioned as an armor officer in 1988. He holds a Bachelor of Arts in political science, Master of Science in public administration from Central Michigan University, and Master of Arts degrees from the College of Naval Warfare in National Security and Strategic Studies.

Tyler's key staff assignments include service in the Federal Republic of Germany, Republic of Korea and around the continental U.S. in both U.S. Army Forces Command and U.S. Army Training and Doctrine Command assignments.