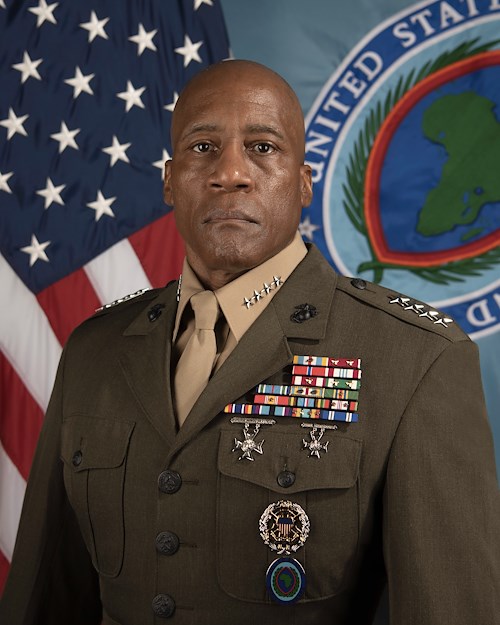 A native of Shreveport, Louisiana, Langley graduated from the University of Texas at Arlington and commissioned in 1985. He commanded at every level from platoon to regiment – including Battery K, 5th Battalion, 11th Marines, in support of Operation WILDFIRE in the Western U.S.; battalion and regimental commands in 12th Marines forward deployed in Okinawa, Japan; and both the 201st Regional Corps Advisory Command-Central and Regional Support Command – Southwest in support of Operation ENDURING FREEDOM in Afghanistan.