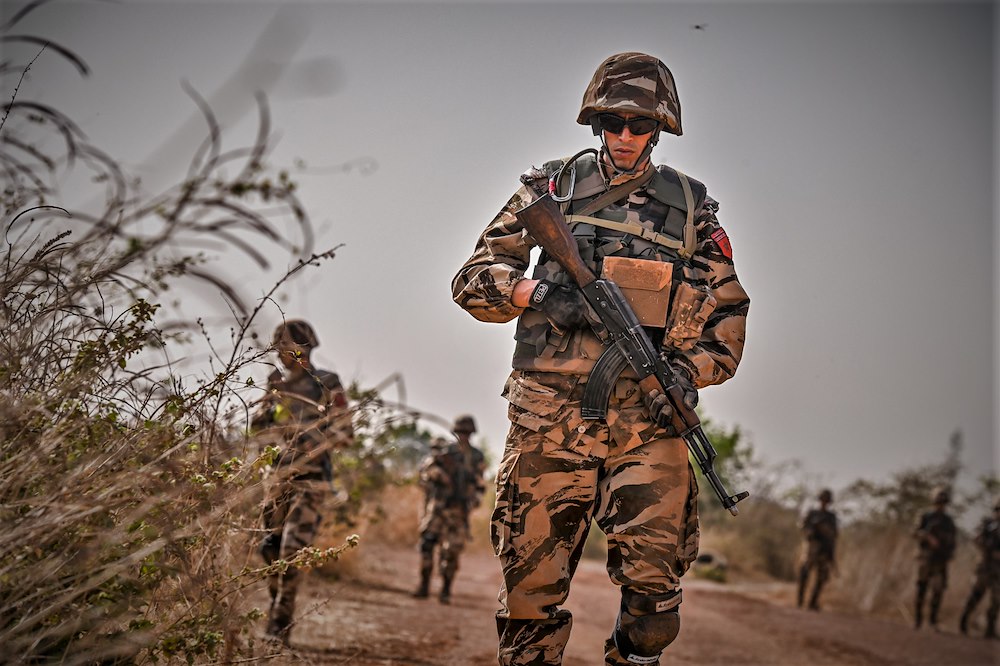 U.S. Africa Command, headquartered in Stuttgart, Germany, is one of 11 U.S. Department of Defense combatant commands, each with a geographic or functional mission that provides command and control of military forces in peace and war. AFRICOM employs the broad-reaching diplomacy, development, and defense approach to foster interagency efforts and help negate the drivers of conflict and extremism in Africa.

A full-spectrum combatant command, AFRICOM is responsible for all U.S. Department of Defense operations, exercises, and security cooperation on the African continent, its island nations, and surrounding waters. The area of responsibility consists of 53 African states, more than 800 ethnic groups, over 1,000 languages, vast natural resources, a land mass of 11.2 million square miles (three-and-a-half times the size of the U.S.), and nearly 19,000 miles of coastland.

The following link provides information on the History of U.S. Africa Command.

U.S. Africa Command has approximately 2,000 assigned personnel, including military, U.S. federal civilian employees, and U.S. contractor employees. About 1,400 work at the command's headquarters in Stuttgart, Germany. Others are assigned to AFRICOM units at MacDill Air Force Base, Florida, and RAF Molesworth, U.K. The command's programs in Africa are coordinated through Offices of Security Cooperation and Defense Attaché Offices in approximately 38 nations. The command also has liaison officers at key African posts, including the African Union, the Economic Community of West African States (ECOWAS), and the Kofi Annan International Peacekeeping and Training Centre in Ghana.

AFRICOM is part of a diverse interagency team that reflects the talents, expertise, and capabilities within the entire U.S. government. The command employs Senior Foreign Service officers in key positions as well as more than 30 personnel from more than 10 U.S. government departments and agencies, including the Departments of State and Homeland Security, and the U.S. Agency for International Development - the senior State Department official serves as the deputy to the commander for civil-military engagement.

Interagency partners bring invaluable expertise to help the command ensure its plans and activities complement those of other U.S. government programs and fit within the context of U.S. foreign policy.

U.S. Africa Command’s components and subordinate units set the conditions for the success of security cooperation programs and activities on the continent. They perform detailed planning, provide essential command and control, establish and sustain positive relationships with African partners, and execute the bulk of the programs, exercises and activities directed by AFRICOM.