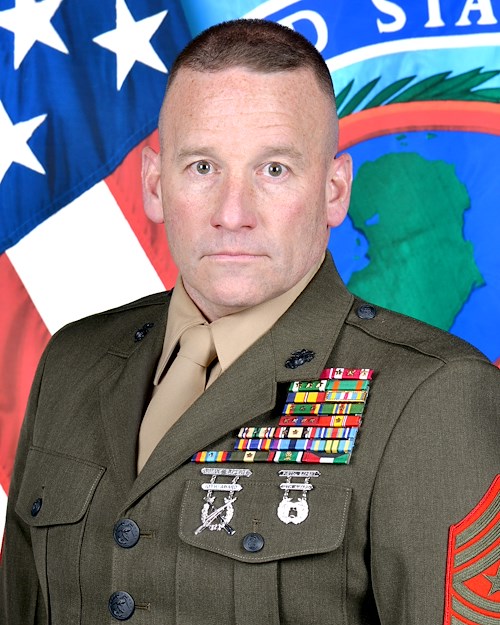 Thresher enlisted in the Marine Corps in 1990 and became an artilleryman. He is a graduate of the Marine Corps Staff Non-Commissioned Officer Academy and the Joint Forces Staff College, and has completed other professional military courses. He holds a bachelor's and master's degree from American Military University and a graduate-level certificate from East Carolina University.