Contact Us Press Releases AFRICOM Portal
MEDIA ROOMPartnerships
Tunisian Air Show develops aerospace and defense partnerships
Tunisia is a country that we have a close relationship with and an area where we are expanding our longstanding security cooperation."
By Capt. Korey Fratini, U.S. Air Forces in Europe and Air Forces Africa Public AffairsDjerba, TunisiaMar 20, 2020 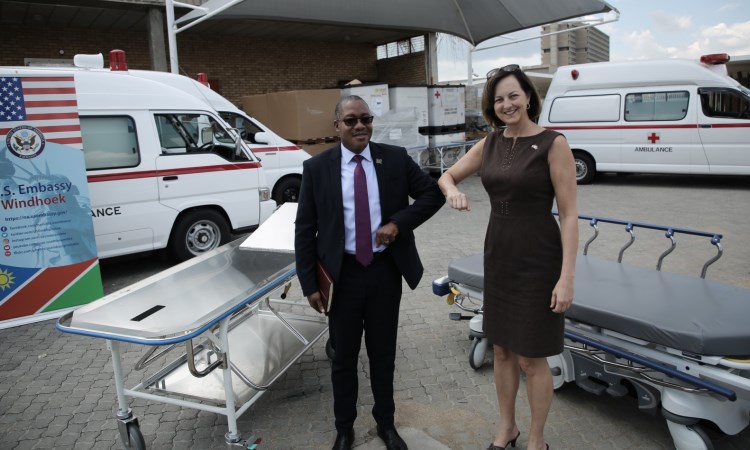 “Tunisia is a country that we have a close relationship with and an area where we are expanding our longstanding security cooperation,” Radka said. “The trade show and air show that they are having here today demonstrate their willingness to lead and work with the United States in promoting stability and security throughout the region.”

Radka and White traveled with Assistant Secretary of State for Political-Military Affairs Mr. Rene Cooper and U.S. Ambassador to Tunisia Ambassador Donald Blome to meet political and military delegations from across Africa, Europe, as well as West and South Asia.

As they met with international partners, both the Department of Defense and Department of State representatives emphasized the importance of a whole of government approach to address security concerns throughout Africa.

Cooper highlight the fact that it takes a whole of government approached between the Department of State and Defense to build strong partnerships in the region.

“This is the one team, one mission aspect, and here in Tunisia you see an actual representation of that,” said Cooper.

The IADE Tunisia provides a forum for international leaders in aerospace and defense to develop partnerships.

This partnership was evident in a meeting between U.S. defense leaders and the Tunisian Air Chief, Brig. Gen. Mohamed Hajem, where White praised the Tunisian Air Force for their partnership in building aviation capability and enhancing regional cooperation. In addition to meeting with Tunisian leadership, the American delegation visited the exhibition floor, and engaged with representatives at the several partner pavilions before heading to the American pavilion open house.

“This exhibition is a tangible expression of the United States investment in Tunisia and the broader region” Cooper said.