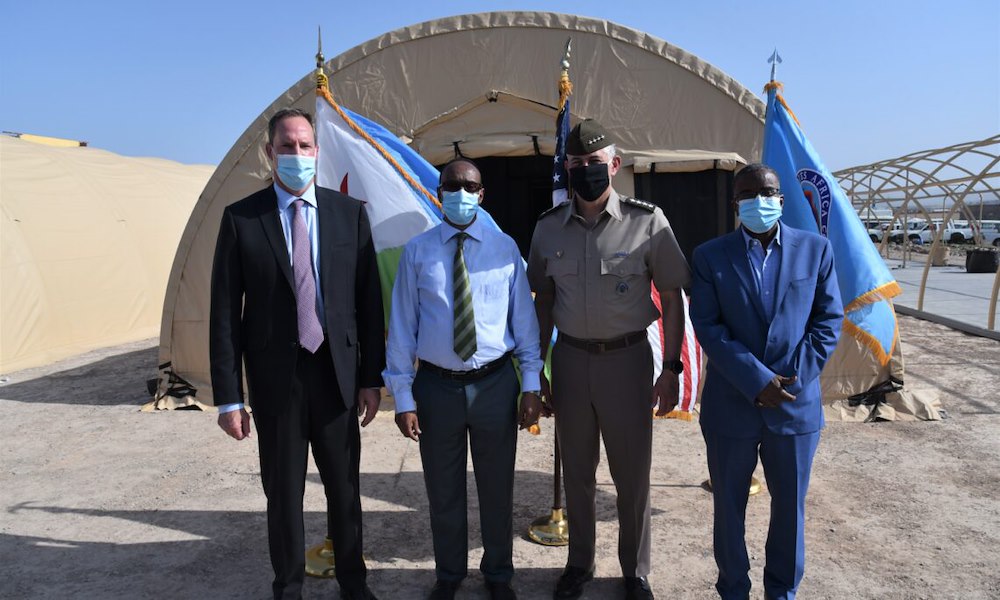 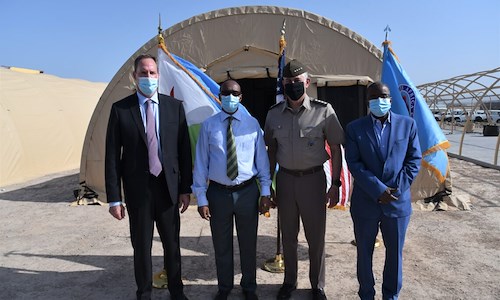 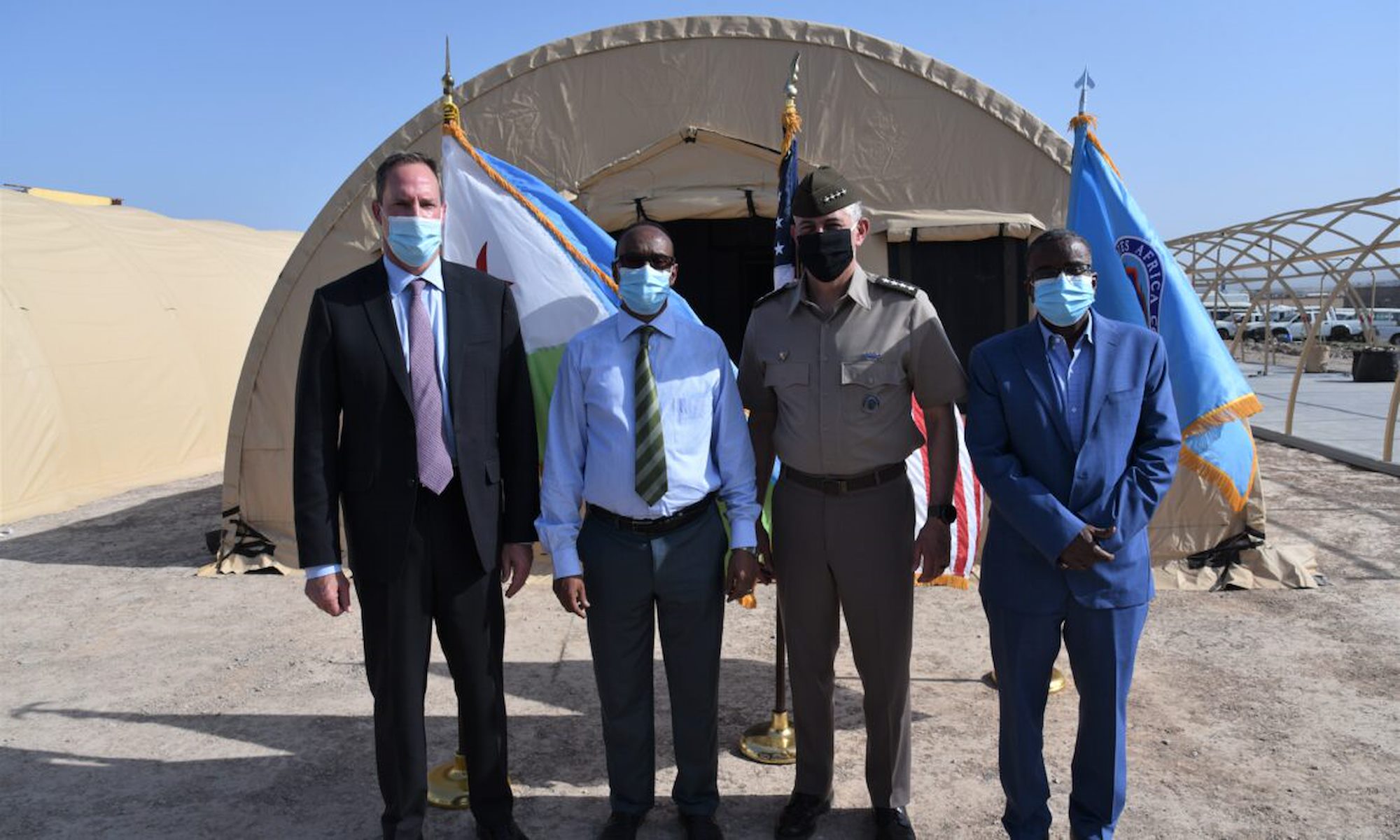 U.S. Army Gen. Stephen Townsend, Commander, U.S. Africa Command, travelled to Djibouti May 14-18, 2021. During the visit, he presided over the Change of Command ceremony for Combined Joint Task Force – Horn of Africa, where U.S. Army Maj. Gen. Lapthe Flora relinquished command to U.S. Army Maj. Gen. William Zana. Townsend also joined U.S. Ambassador to Djibouti Jonathan G. Pratt for a meeting with Djiboutian Foreign Minister Mahmoud Ali Youssouf ; and met with Djiboutian Minister of Defense M. Hassan Omar Mohamed, and Chief of Defense Maj. Gen. Zakaria Chekh Imbrahim. During the visit, the leaders discussed security in Djibouti and the region and their dedication to working together on the mutual goals of regional stability, security, and prosperity. The partnership between Djibouti and the United States remains strong as we work together to address the COVID-19 pandemic. U.S. Africa Command has contributed $6.2 million to Djiboutian COVID-19 relief efforts since the start of the pandemic.
Share:
Download image
Photo by: Courtesy Photo 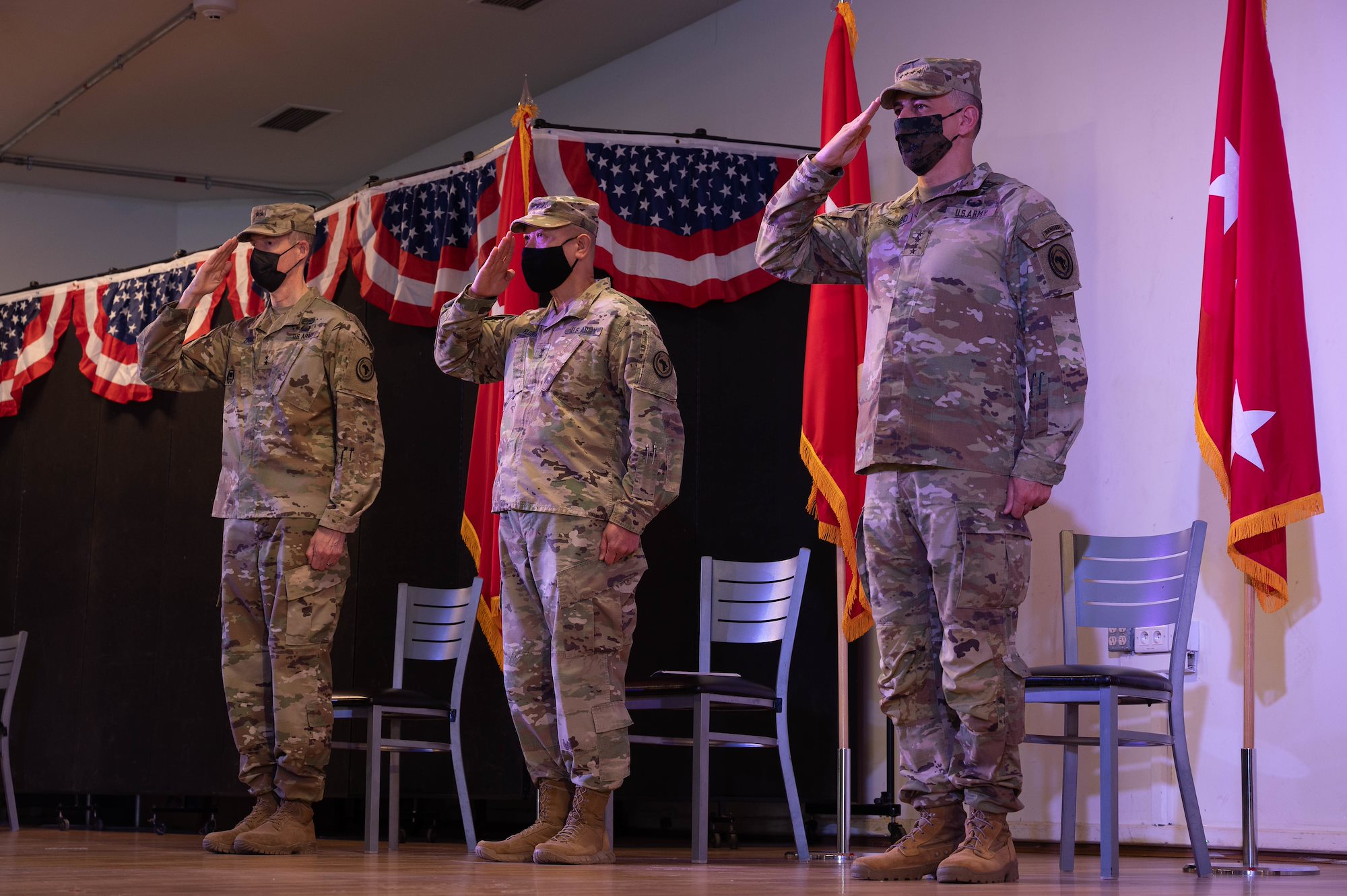 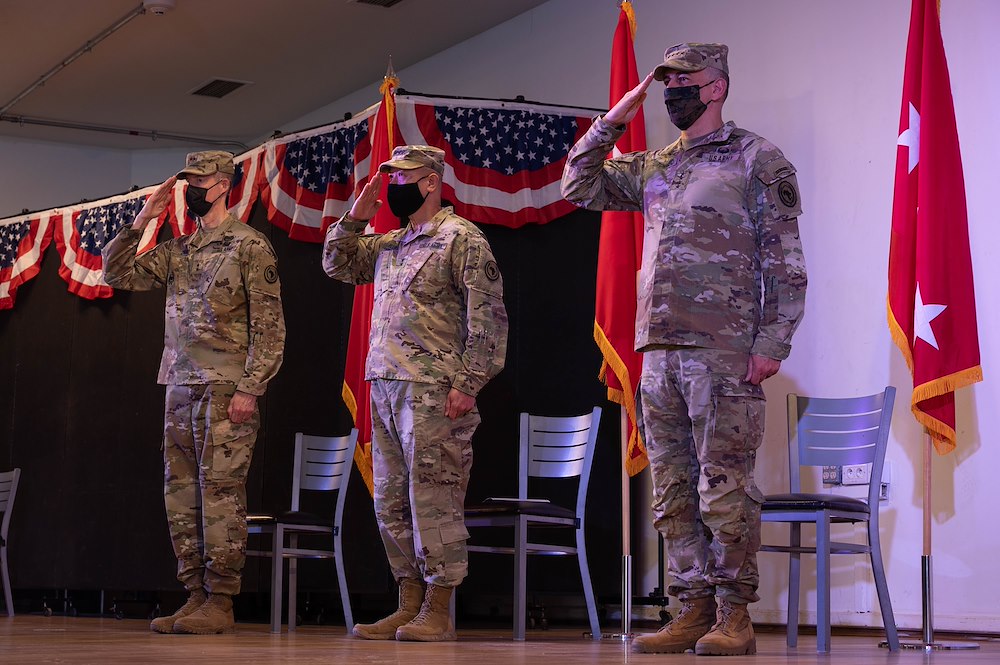 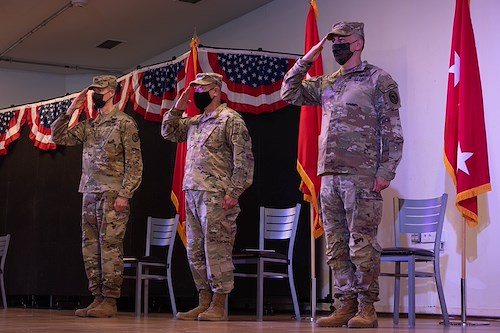 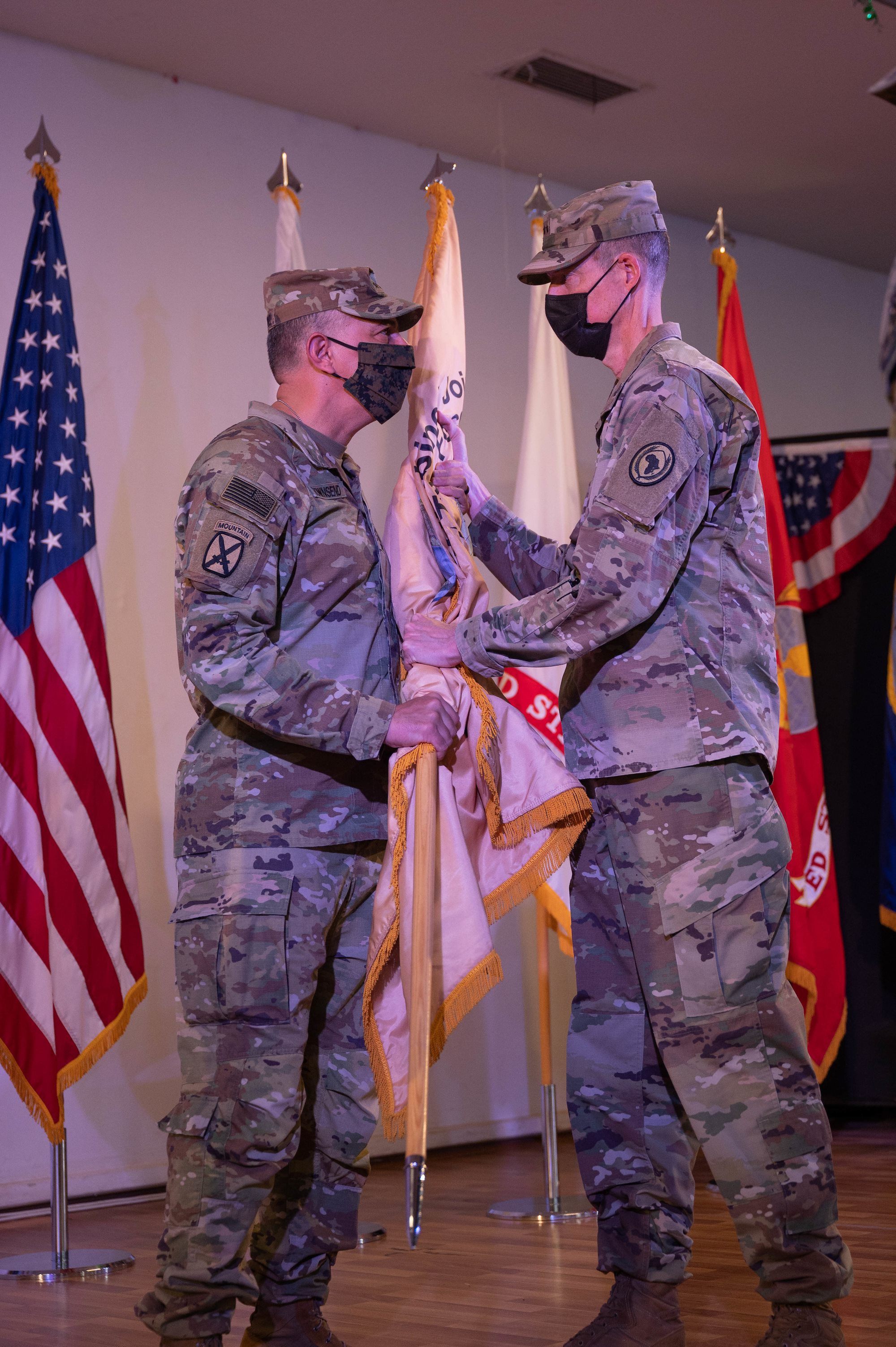 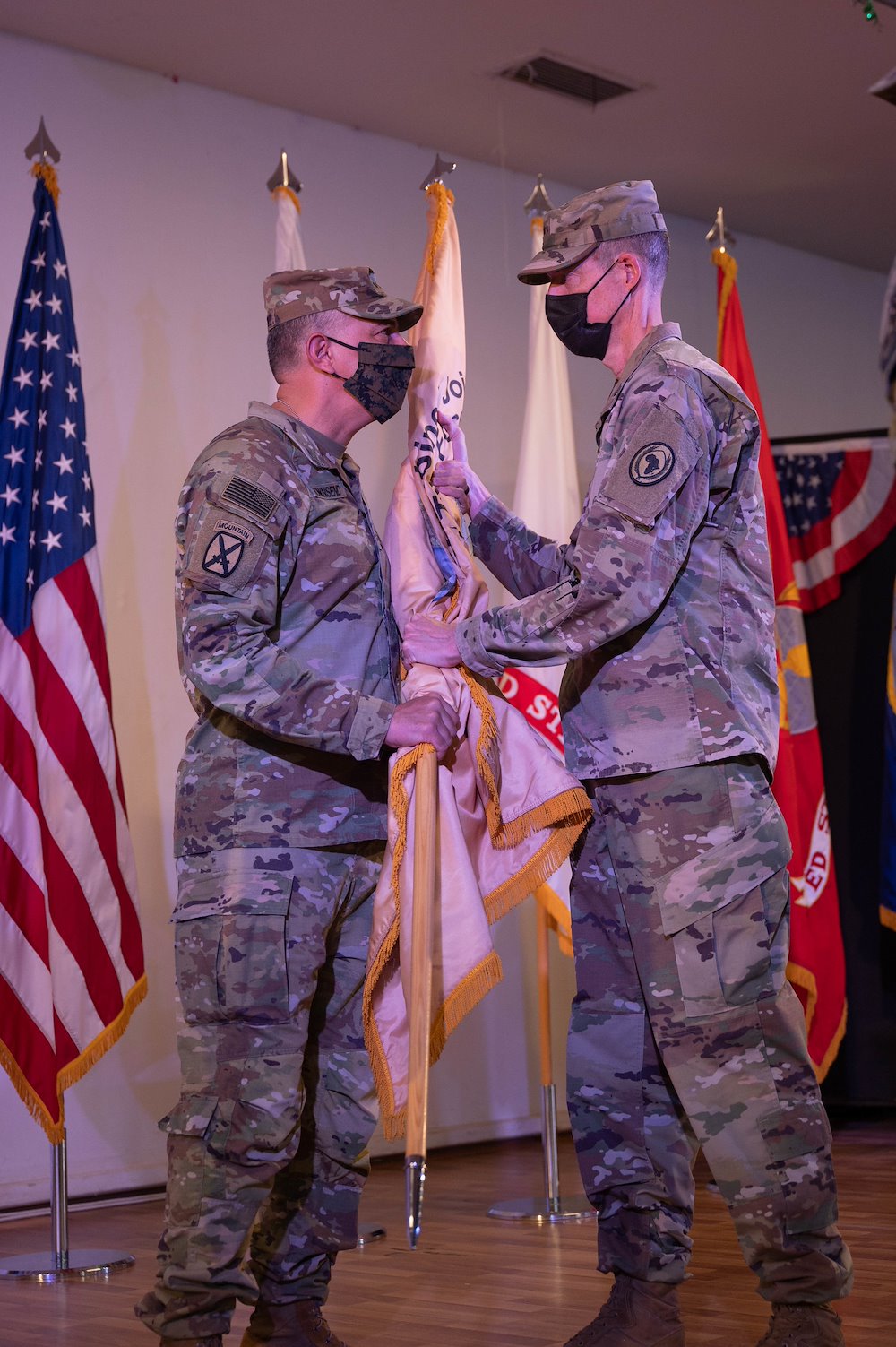 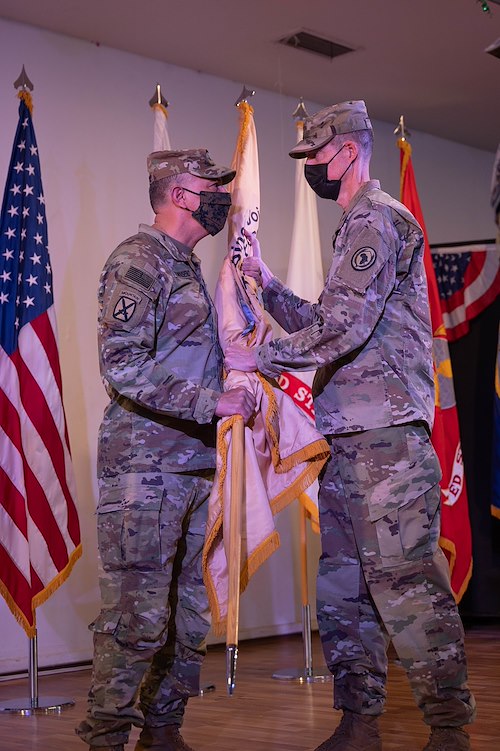 U.S. Army Gen. Stephen Townsend, commander, U.S. Africa Command, traveled to Djibouti and Somalia to preside over the Combined Joint Task Force - Horn of Africa (CJTF-HOA) change of command ceremony and to engage with partners in the region, May 14-18.

“I came on this trip to East Africa for three reasons, first, to Djibouti to oversee the change of command of CJTF-Horn of Africa where Maj. Gen. Lapthe Flora passed responsibility to Maj. Gen. Bill Zana,” said Townsend. “Second, to visit with our troops in Somalia working with our Somali and AMISOM partners there and third to engage with Djiboutian and Somali leaders and partners from the international community. It has been an informative and productive visit.”

“Under Maj. Gen. Flora’s leadership, CJTF-HOA, at the most important U.S. base in Africa, has promoted stability, responded to crises and protected U.S. interests across East Africa,” said Townsend.

“Stability and security in East Africa benefits from partnership across the U.S. government and with a wide range of partners,” said Townsend. “That is why frequent engagement with our international and East Africa partners remains critical to security and success.”

Townsend and Pratt participated in the handover ceremony of a field hospital to the government of Djibouti in support to Djibouti’s response to the coronavirus pandemic.

“It is our priority goal to strengthen security for the United States, Djibouti, and the region to improve the access of every citizen to essential medical services,” said Pratt.

Townsend also engaged with several ambassadors from the international community to discuss how multinational efforts and communication can continue to enhance security in the region.

“U.S. Africa Command works with our international partners to help Somalia face its numerous security challenges. It remains critical for Somalia’s leaders to resolve their ongoing political disagreements in order to refocus on their significant security threats,” said Townsend. “It is also critical that Al-Shabaab’s influence and ambitions remain in check. Al-Shabaab’s ability to threaten regional stability and to conduct external operations must be degraded.”

On the trip Townsend was accompanied by the Command Senior Enlisted Leader, Sgt. Maj. Richard Thresher. Thresher’s presence demonstrated the priority placed on developing the enlisted corps of partner forces. During the trip, Thresher and Townsend conducted various engagements and recognized troops in the region.

“Every time I have the opportunity to get to the continent to engage with our African and international partners it deepens our collective ability to work together in a meaningful way to enhance security, stability and interoperability in the region,” said Thresher.

The United States Africa Command (USAFRICOM), alongside its African and interagency partners, is charged with the responsibility of enhancing security and stability in Africa to advance and protect U.S. national interests. For more information, contact U.S. Africa Command Media Relations at africom-pao-media@mail.mil. 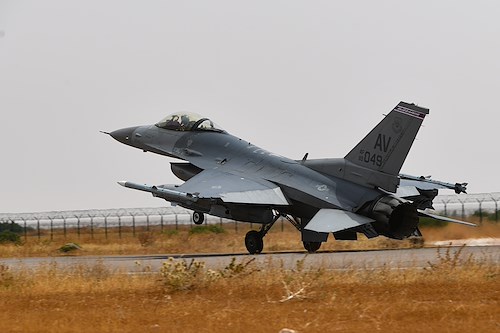 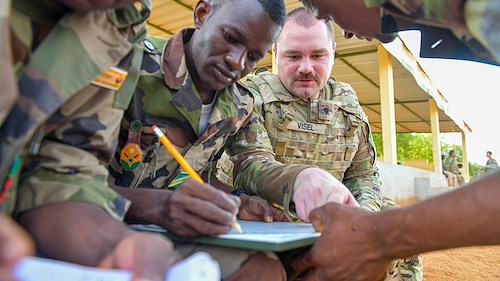 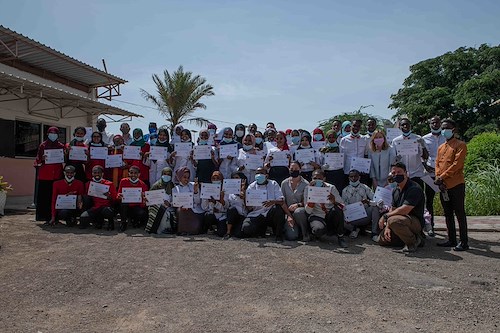 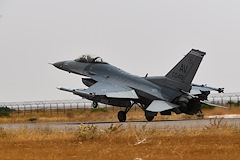