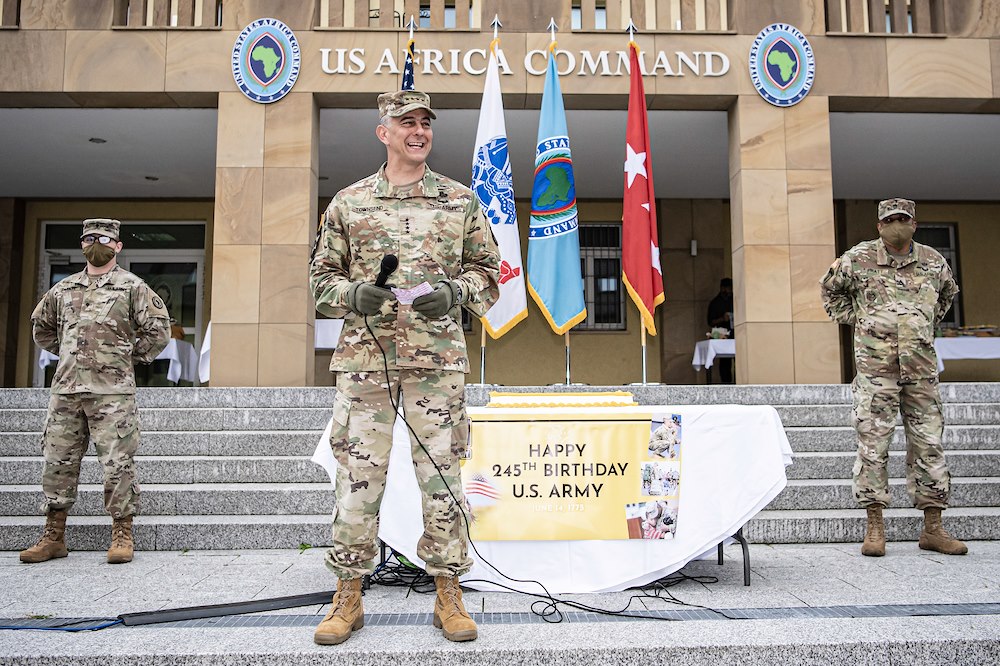 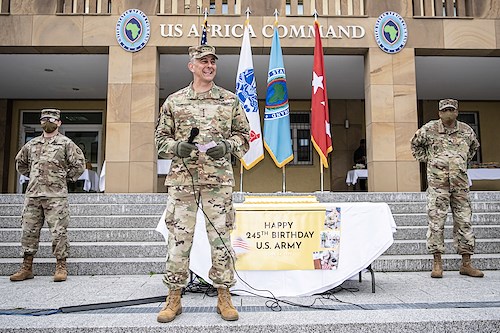 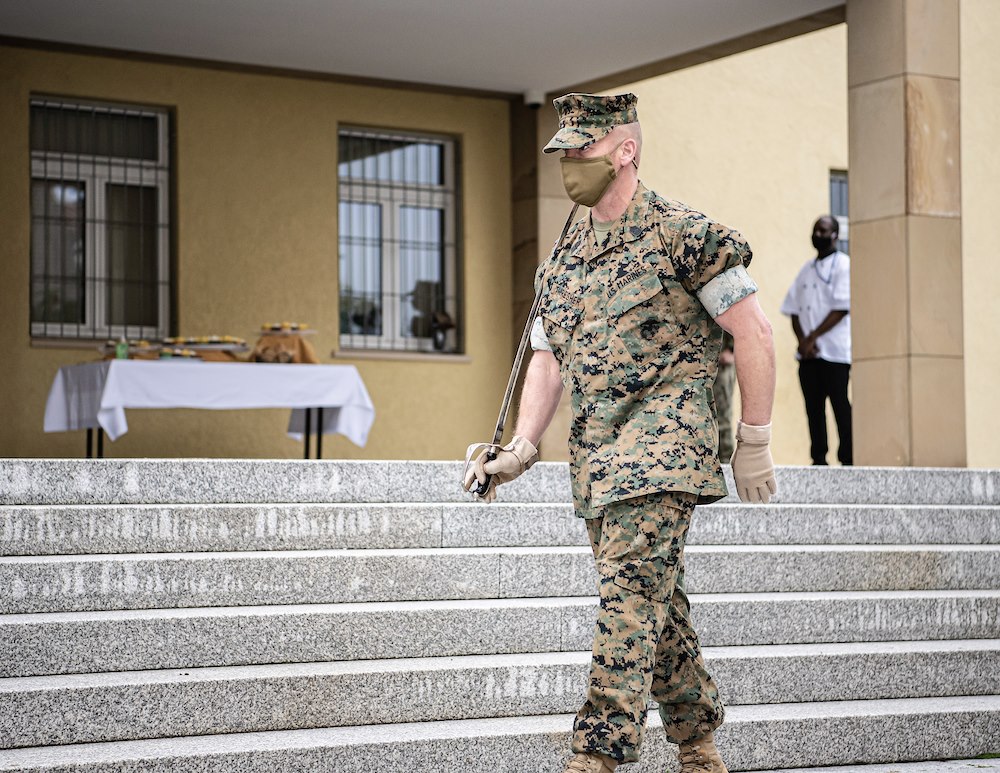 The U.S. Army was founded on June 14, 1775, when the Continental Congress authorized the enlistment of expert riflemen to serve the United Colonies for one year, according to the U.S. Army Center of Military History. George Washington received his appointment as commander in chief of the Continental Army the next day and formally took command July 3, 1775, in Boston.

“Every Soldier and Army civilian swears an oath to defend the ideals our constitution represents. Thus, the Army’s motto, ‘this we’ll defend,’” Townsend said.

Townsend also touched on the significance of the diversity in the military, such as Soldiers’ varying ideas, beliefs, and backgrounds, which helps to make the U.S. Army the respected, diverse organization it is today. He also reiterated the importance of living by the Army values.

“If we keep our eyes focused on our mission and strive to live by our Army’s values, we’ll always be on the right azimuth,” he said.

The youngest Soldier, 22-year old Spc. Bailey Larson, is a motor transport operator from Akron, N.Y. For Bailey, whose grandfather and granduncle fought in the Korean War, serving in the U.S. Army has a significant meaning.

The oldest Soldier was Staff Sgt. Ray Pratt, age 61, a signal support systems sergeant from Candor, N.C. Pratt enlisted in the Army in 1977 and earned a Purple Heart while deployed in Desert Storm in 1991.

“Stay ready, so you don’t have to get ready,” Pratt said, echoing a favorite saying that has guided him throughout his military career.

The highlight of his career in the Army has been to have served as a Drill Sergeant. He also earned his wings as an airborne Soldier. Pratt also deployed to Afghanistan.

The Army’s official birthday is June 14, which also happens to be Flag Day.