"The actions we take now will shape whether this period is known as an age of conflict and discord or the beginning of a more stable and prosperous future." - excerpt from the NSS
By National Security Council ,  The White House Washington, D.C. Oct 14, 2022
View Gallery
Gallery contains 7 images
× 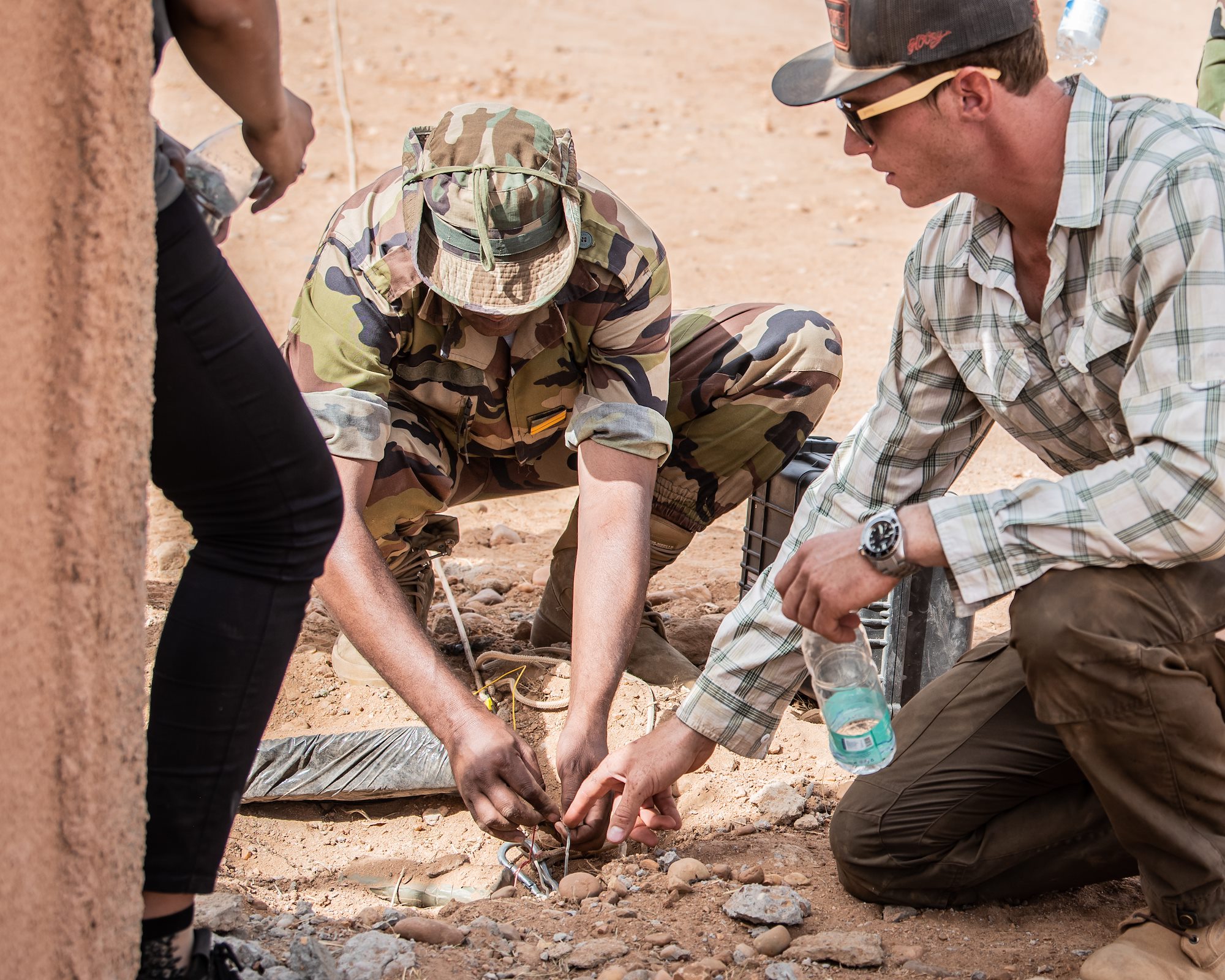 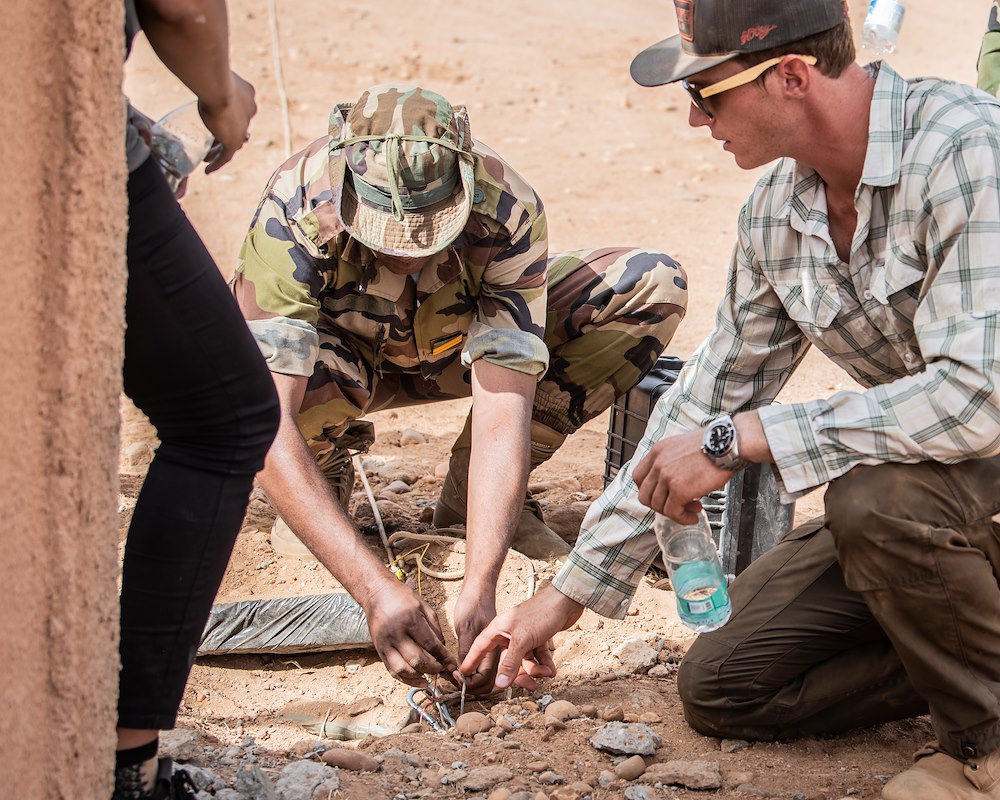 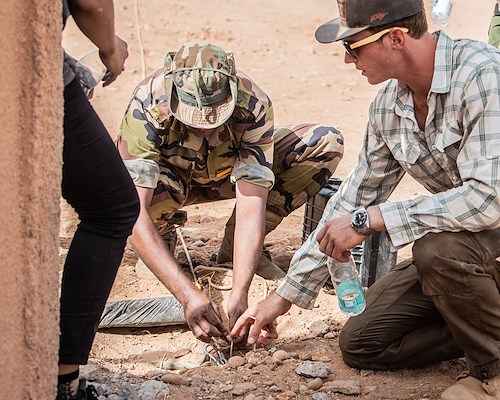 A soldier from the Nigerien Armed Forces disarms a simulated improvised explosive device under the watchful eye of a U.S. Air Force explosive ordnance disposal technician assigned to the 409th Air Expeditionary Group during a joint counter improvised explosive device exercise at the FAN’s Genie Compound in Agadez, Niger, May 19, 2022. These C-IED joint training opportunities occur twice weekly for both the FAN and U.S. forces to hone and bolster their skill sets, enabling increased security and stability for the government of Niger and its citizens.
Share:
Download image
Photo by: Staff Sgt. Chloe Ochs 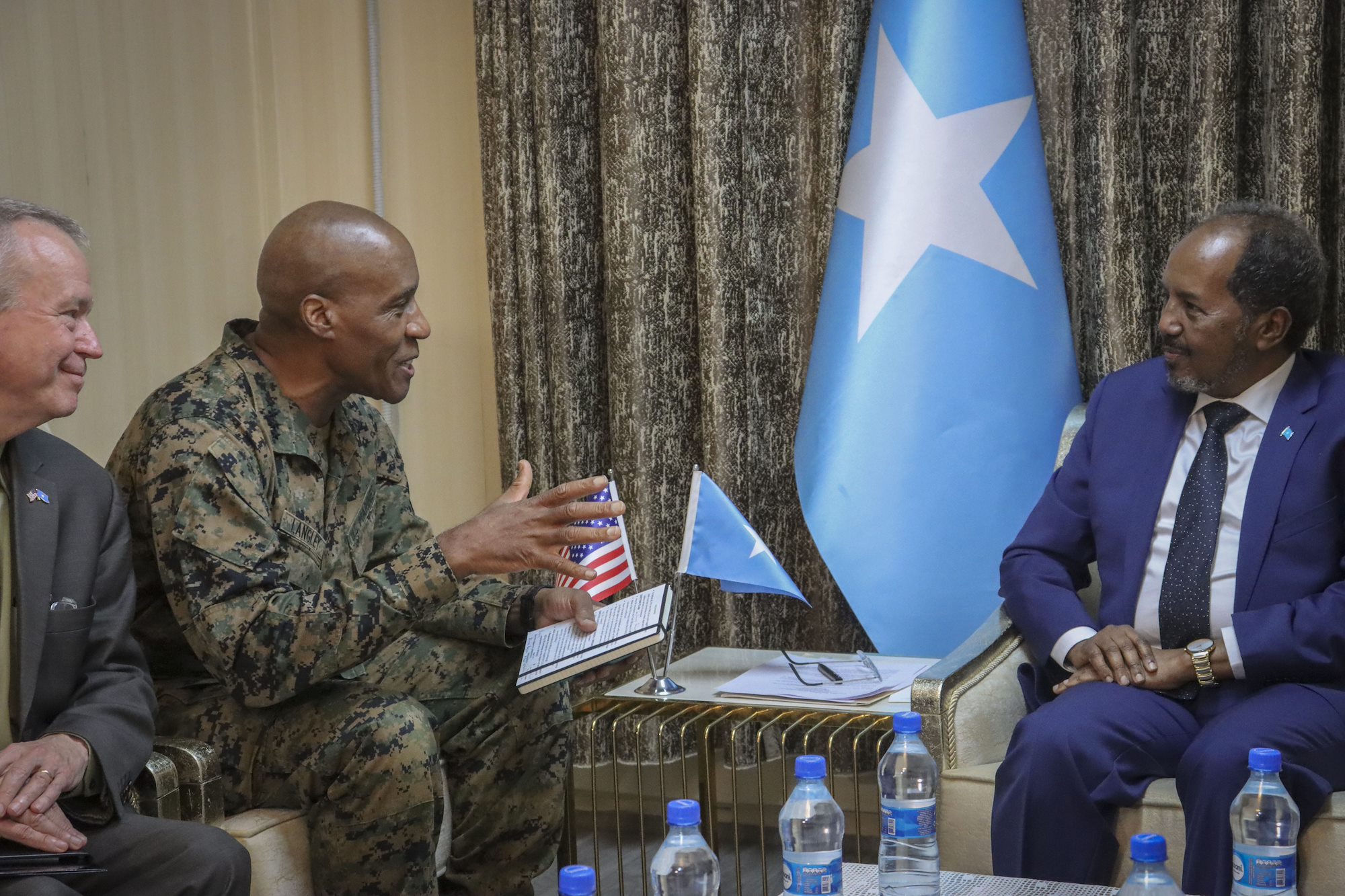 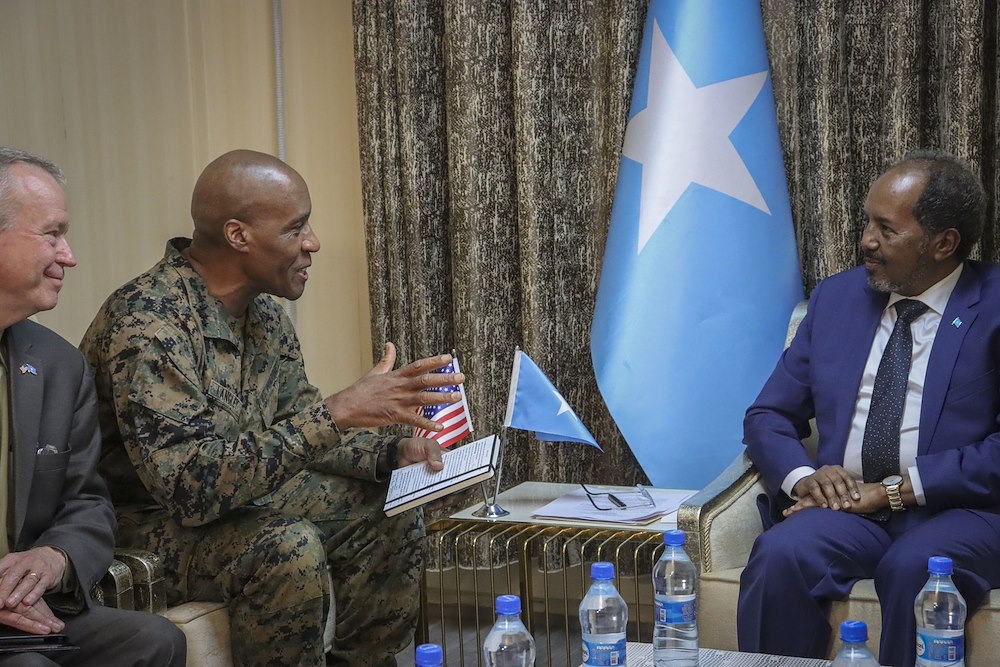 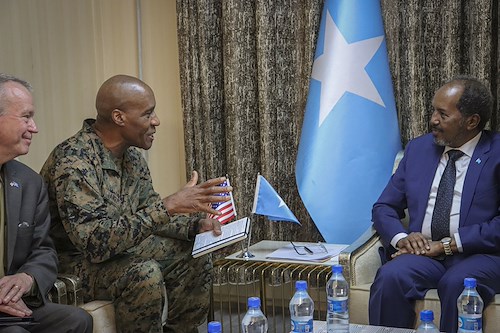 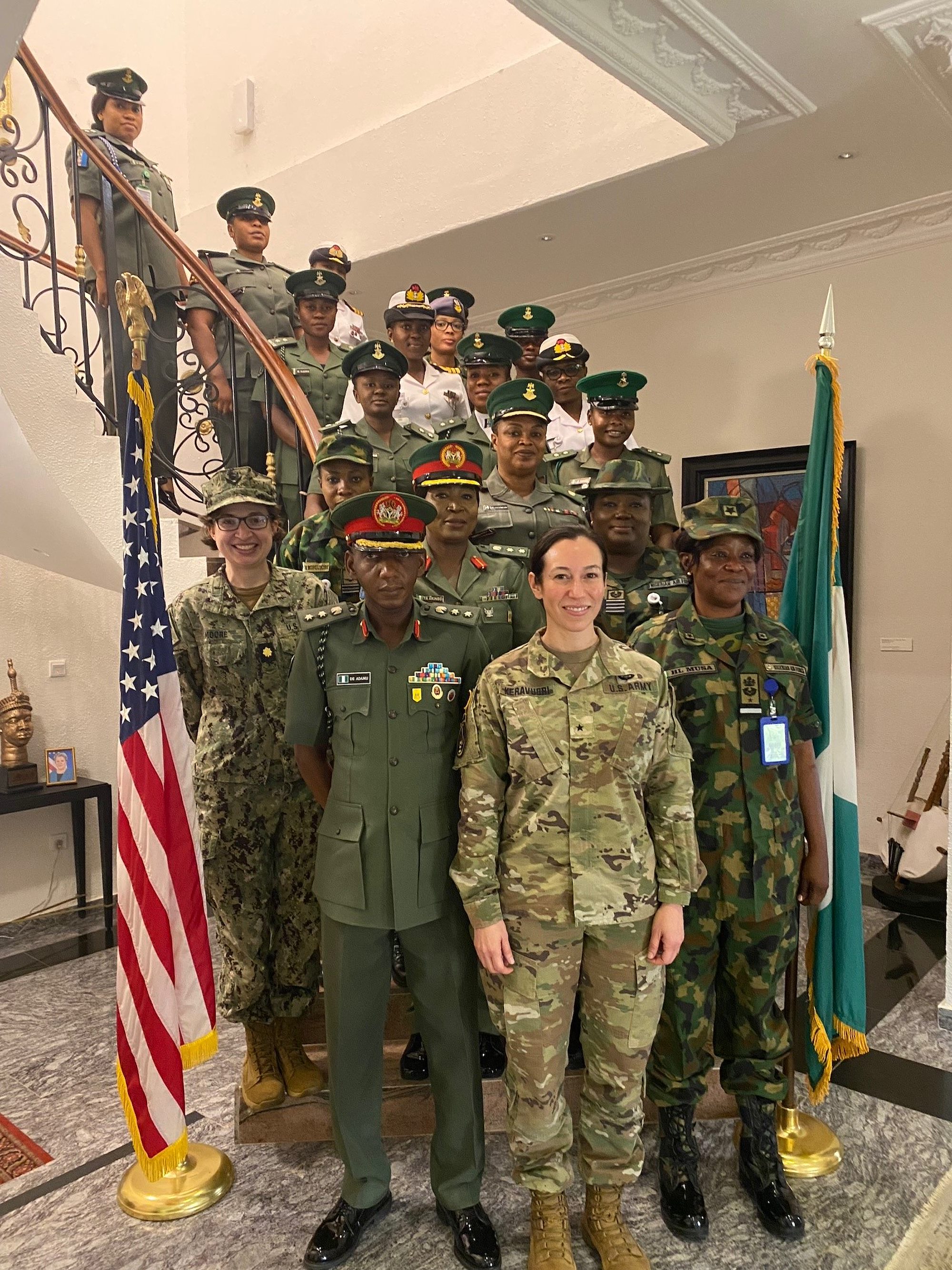 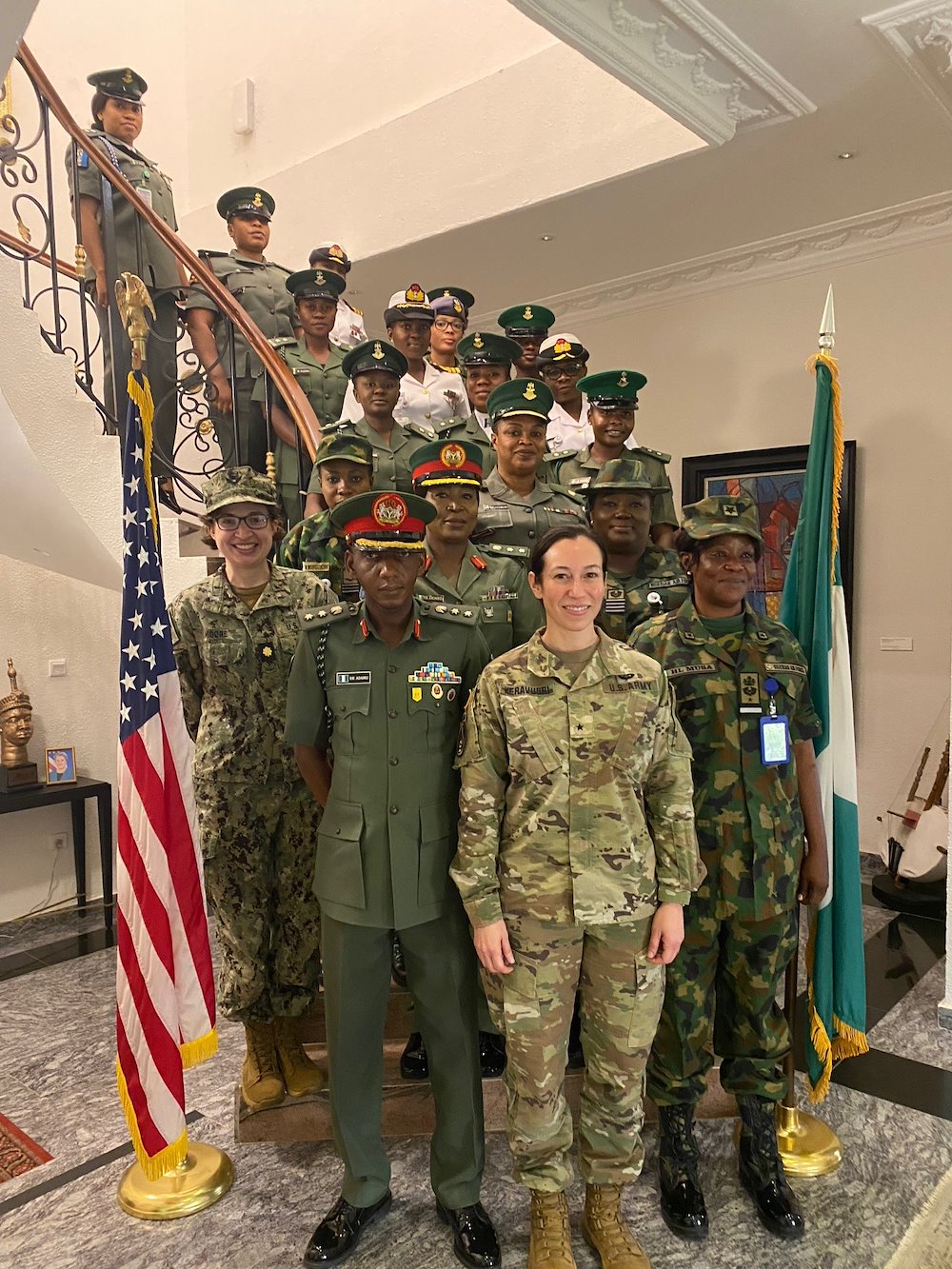 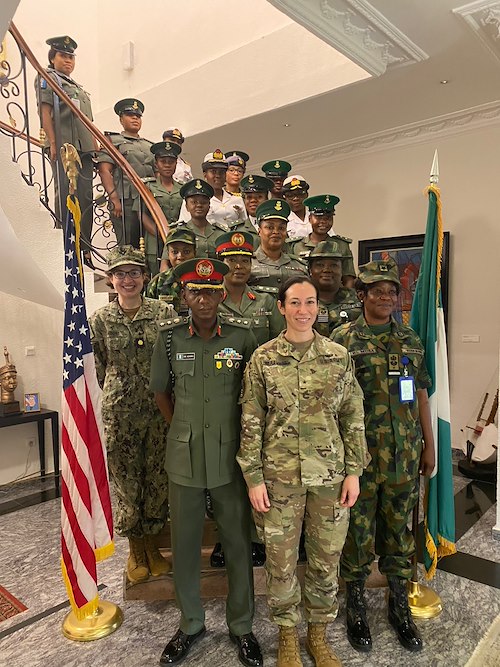 Brig. Gen. Rose Keravuori, deputy director of intelligence, U.S. Africa Command, hosts a women’s luncheon with 17 female officers from each of the Armed Forces of Nigeria military services and the commander of the Nigeria Army Women’s corps during a visit to Nigeria in March 2022.
Share:
Download image
Photo by: U.S. Africa Command Public Affairs 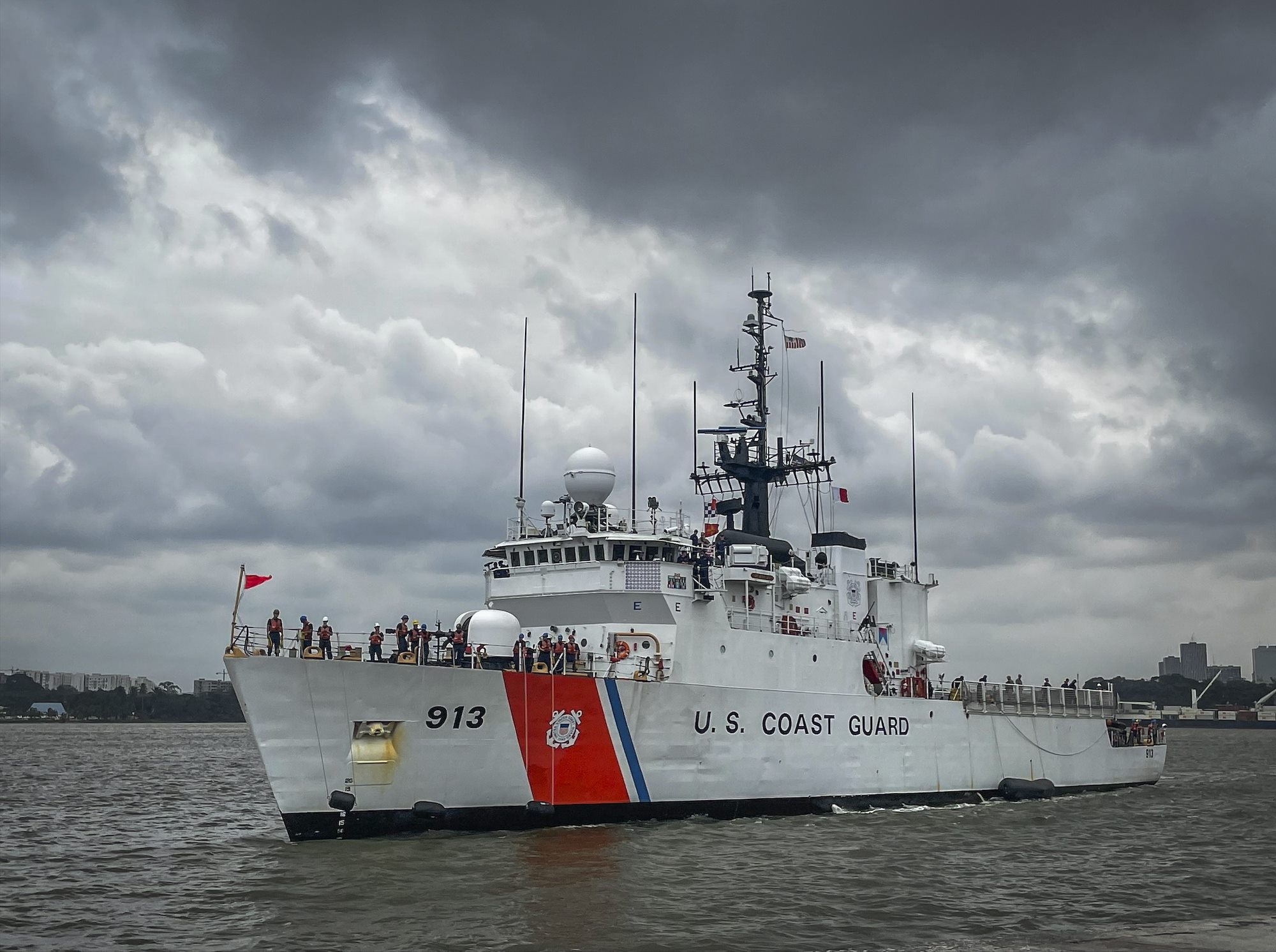 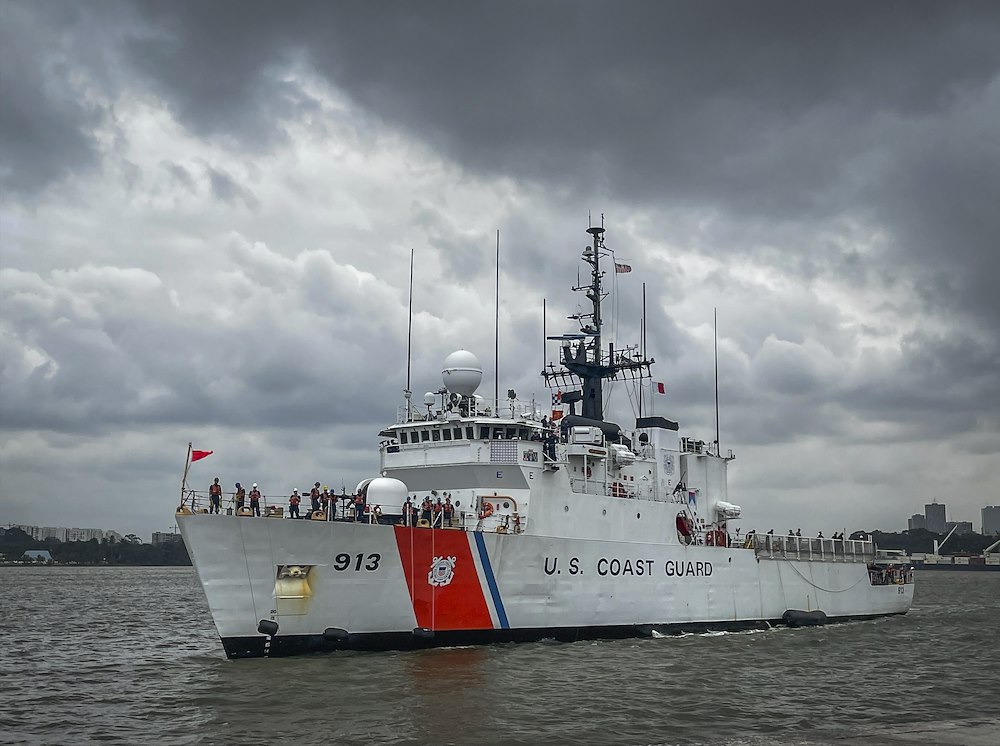 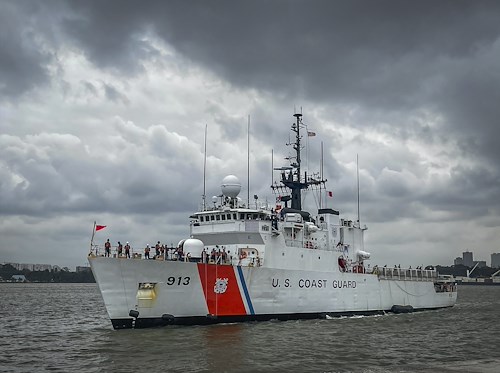 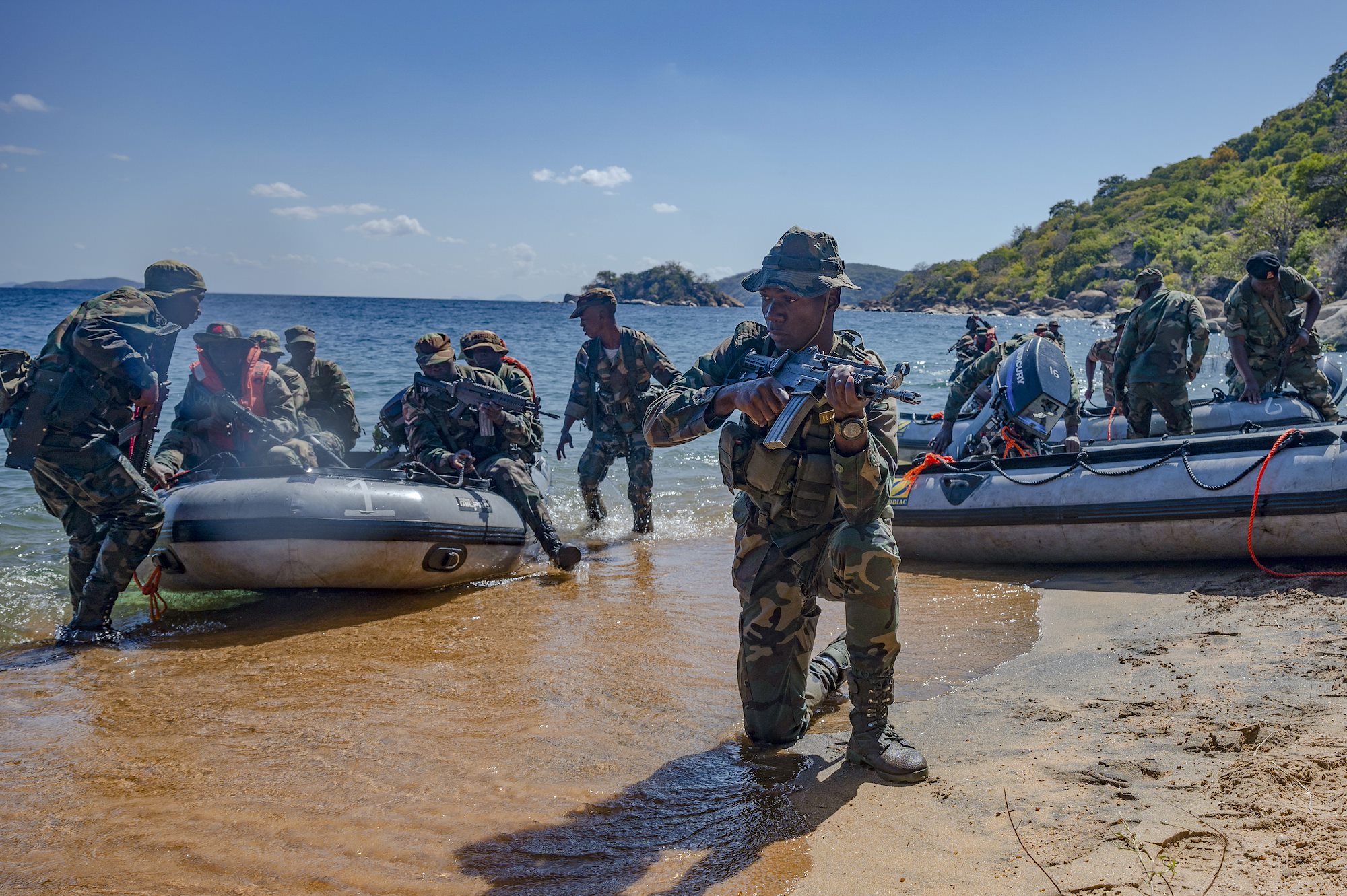 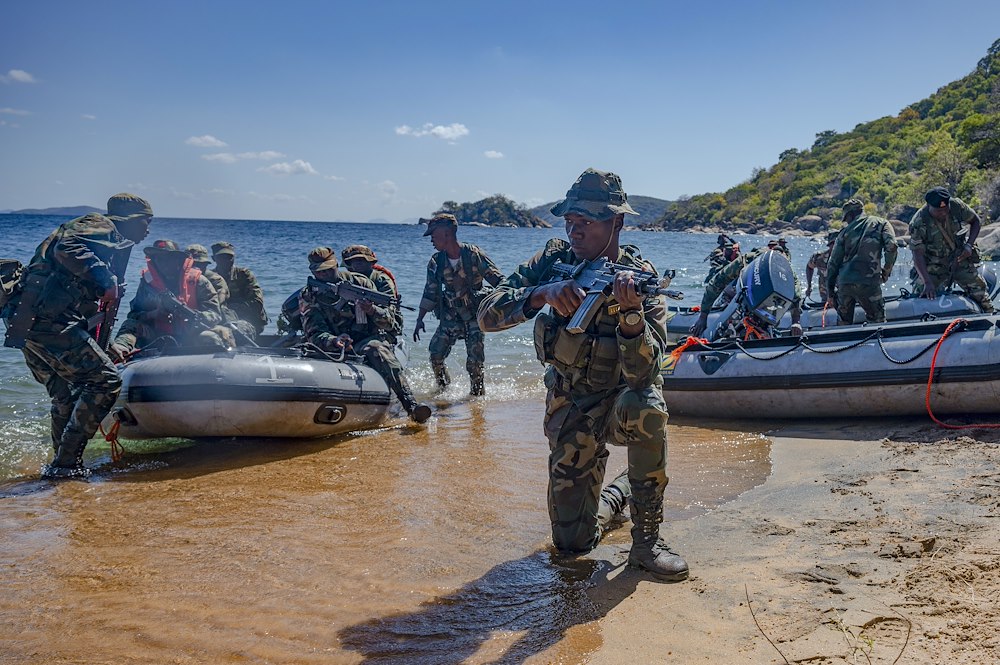 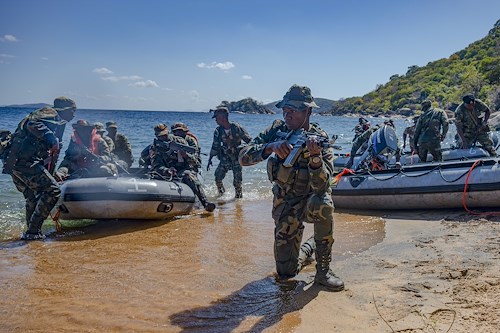 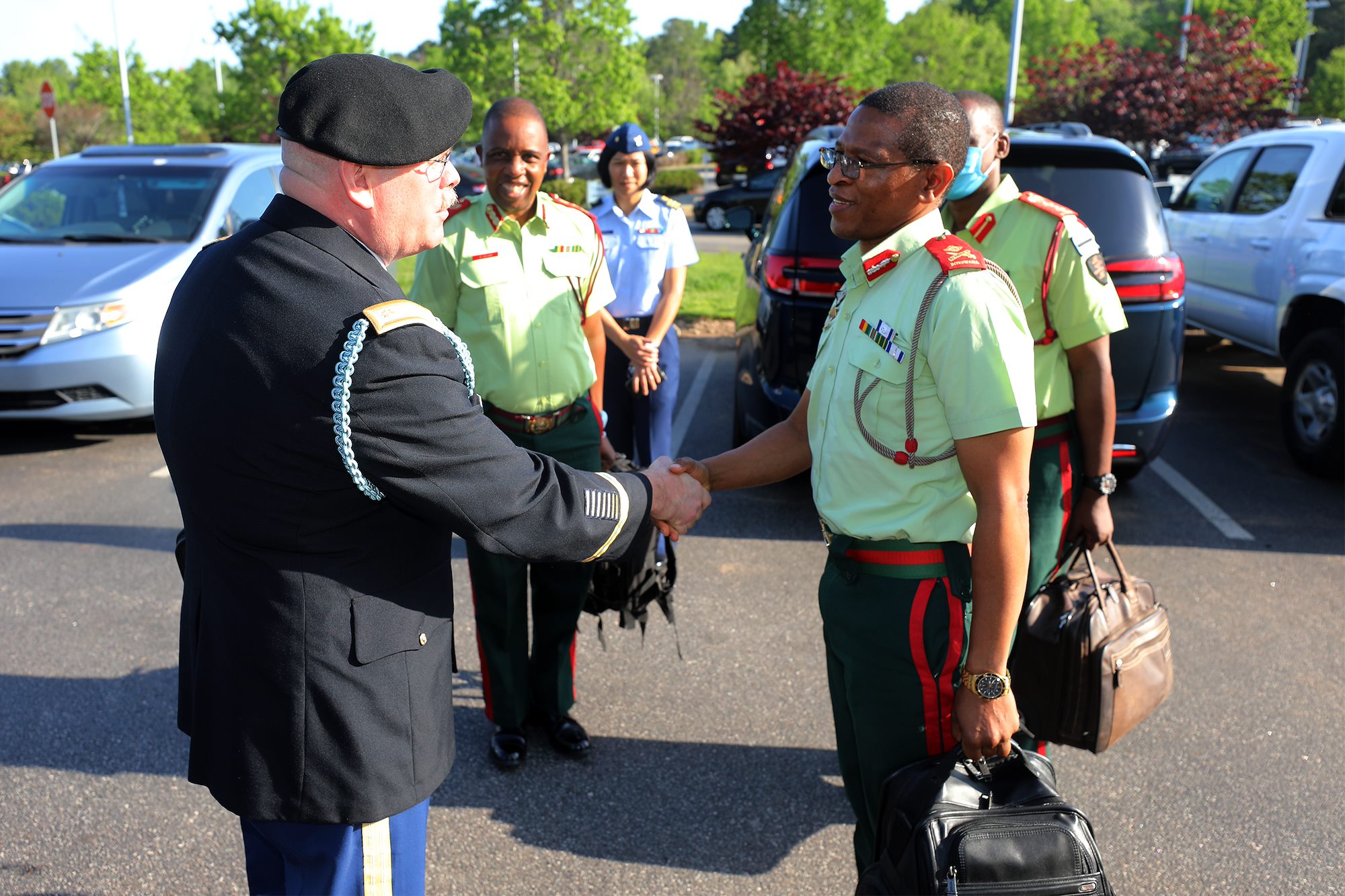 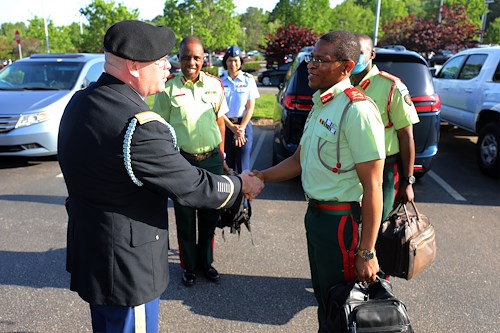 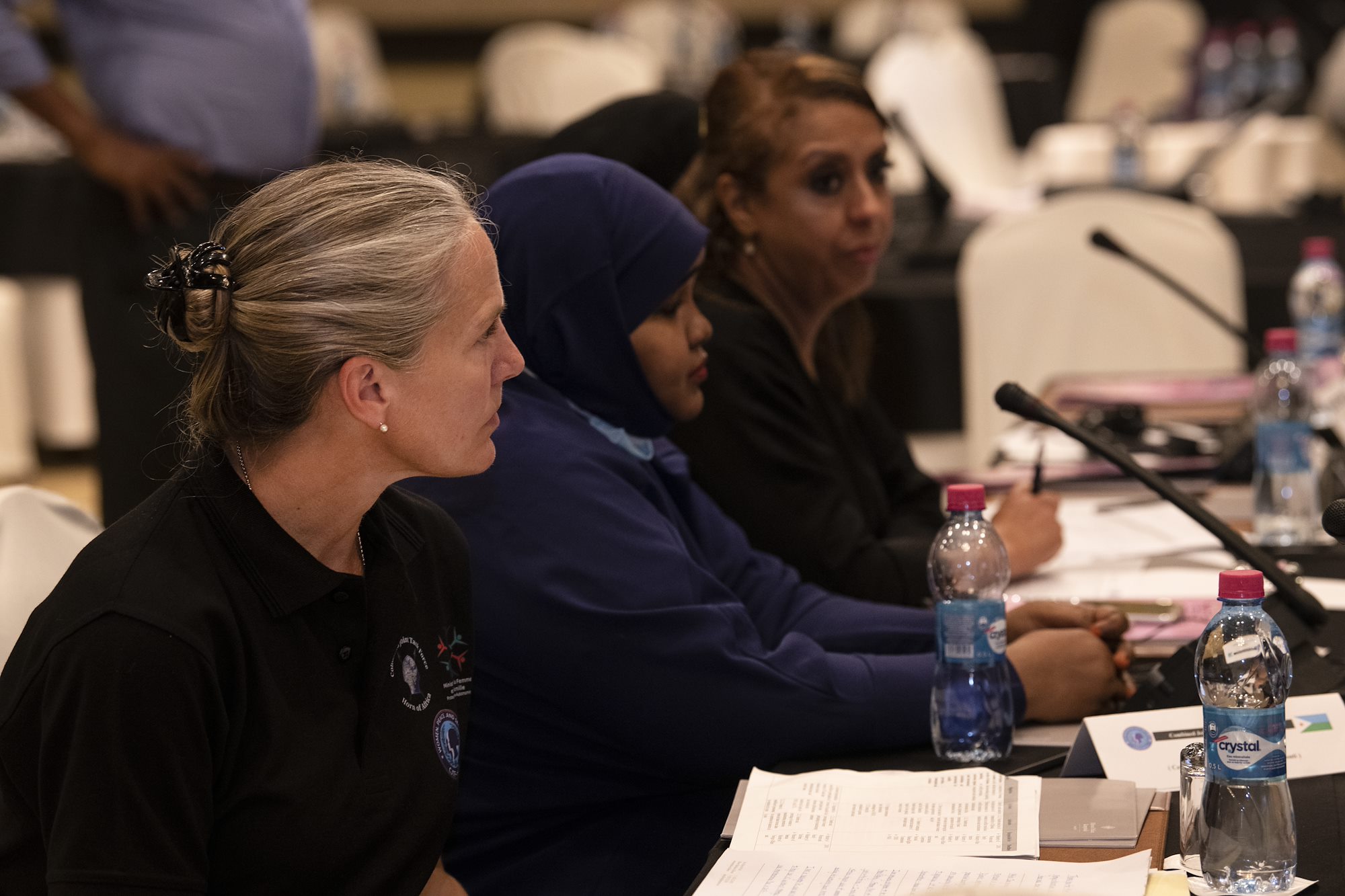 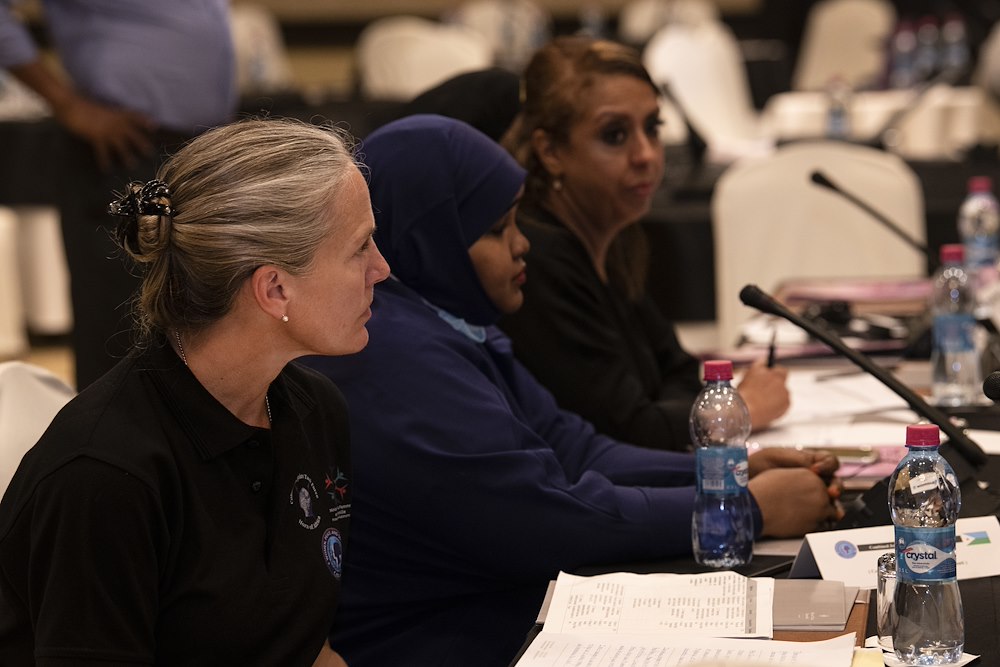 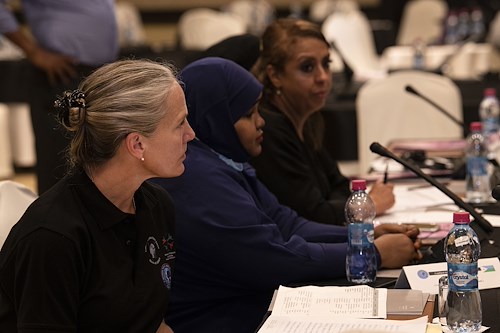 We are now in the early years of a decisive decade for America and the world. The terms of geopolitical competition between the major powers will be set. The window of opportunity to deal with shared threats, like climate change, will narrow drastically. The actions we take now will shape whether this period is known as an age of conflict and discord or the beginning of a more stable and prosperous future.

We face two strategic challenges. The first is that the post-Cold War era is definitively over and a competition is underway between the major powers to shape what comes next. No nation is better positioned to succeed in this competition than the United States, as long as we work in common cause with those who share our vision of a world that is free, open, secure, and prosperous. This means that the foundational principles of self-determination, territorial integrity, and political independence must be respected, international institutions must be strengthened, countries must be free to determine their own foreign policy choices, information must be allowed to flow freely, universal human rights must be upheld, and the global economy must operate on a level playing field and provide opportunity for all.

The second is that while this competition is underway, people all over the world are struggling to cope with the effects of shared challenges that cross borders—whether it is climate change, food insecurity, communicable diseases, terrorism, energy shortages, or inflation. These shared challenges are not marginal issues that are secondary to geopolitics. They are at the very core of national and international security and must be treated as such. By their very nature, these challenges require governments to cooperate if they are to solve them. But we must be clear-eyed that we will have to tackle these challenges within a competitive international environment where heightening geopolitical competition, nationalism and populism render this cooperation even more difficult and will require us to think and act in new ways.

Africa’s governments, institutions, and people are a major geopolitical force, one that will play a crucial role in solving global challenges in the coming decade. Africa is more youthful, mobile, educated, and connected than ever before. African countries comprise one of the largest regional voting groups at the UN and their citizens lead major international institutions. The continent’s booming population, vital natural resources, and vibrant entrepreneurship, coupled with the African Continental Free Trade Area, have the potential to drive transformative economic growth. Our partnerships with African states over the past three decades helped lay the groundwork for this growth. To accelerate it, U.S.-Africa partnerships must adapt to reflect the important geopolitical role that African nations play globally.

Advancing America’s national interests will hinge in part on working more closely, not only with African nations, but also with regional bodies, such as the African Union, subnational governments, civil society, and private sector and diaspora communities. We will continue to invest in the region’s largest states, such as Nigeria, Kenya, and South Africa, while also deepening our ties to medium and small states. We will engage African countries as equal partners to achieve our shared priorities from health and pandemic preparedness to climate change. We will also press partners about human rights, corruption, or authoritarian behavior, and deepen partnerships with countries that make progress toward more open and democratic governance. In coordination with international partners and regional bodies, we will counter democratic backsliding by imposing costs for coups and pressing for progress on civilian transitions. And we will listen to African leaders and people as they articulate their vision for their foreign partnerships, including expectations for transparency, accountability, fairness, inclusion, and equity.

Enhancing Africa’s peace and prosperity will bolster Africa’s ability to solve regional and global problems. The region’s commitment and capacity to renew democracy, as well as anticipate, prevent, and address emerging and long running conflicts can lead to favorable outcomes for Africans and Americans. We will support African-led efforts to work toward political solutions to costly conflicts, increasing terrorist activity, and humanitarian crises, such as those in Cameroon, Democratic Republic of the Congo, Ethiopia, Mozambique, Nigeria, Somalia, and the Sahel, and invest in local and international peacebuilding and peacekeeping to prevent new conflicts from emerging. Consistent with our broader counterterrorism approach, we will disrupt and degrade terrorist threats against the United States while supporting partners to prevent terrorist expansion. We will work with our African and international partners to tackle the root causes of terrorism, including by countering corruption, strengthening accountability and justice, investing in inclusive economic development, and advancing human rights, including women’s rights, and also push back on the destabilizing impact of the Russia-backed Wagner Group.

We will support accelerating growth through private sector investment, help Africa unlock its digital economy, double down on tackling food insecurity, and expand clean energy infrastructure through the Prosper Africa, Feed the Future, and Power Africa initiatives. We will support climate adaptation, conservation, and a just energy transition, as sub-Saharan African countries are already experiencing severe climate impacts, compounding land use, migration challenges, and rising food and commodity prices, made worse by Russia’s further invasion of Ukraine. Quality healthcare systems are essential to economic growth, and we will build on our decades-long partnerships to invest in health security and health systems infrastructure, and the ongoing COVID-19 response. We will also work with African governments to create the business environments and make the investments in human capital and capacity development to attract investors, grow businesses, and create good jobs across sectors—and to bolster U.S.-Africa trade and create new opportunities for U.S. businesses. We will seek to offer opportunities that reflect America’s competitive advantages, promoting inclusive growth, respecting workers’ rights, and protecting the region’s resources for future generations. 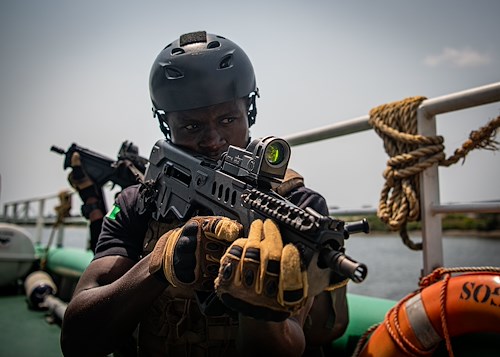 Exercise Obangame Express 23 aids maritime security and prosecution in the Gulf of Guinea
The exercise focuses on building capacities in Benin, Côte d’Ivoire, Ghana, Nigeria and Togo to counter more effectively all forms of maritime-based crime in the Gulf of Guinea.
Read more
Somali, U.S. forces engage insurgents in support of the Federal Government of Somalia
At the request of the Federal Government of Somalia and in support of Somali National Army engagements against al-Shabaab, U.S. Africa Command conducted a collective self-defense strike on Jan. 25, 2023.
Read more
Successful U.S. Counterterrorism Operation
The U.S. military conducted a successful counterterrorism operation in Somalia on Jan. 25, 2023.
Read more
×