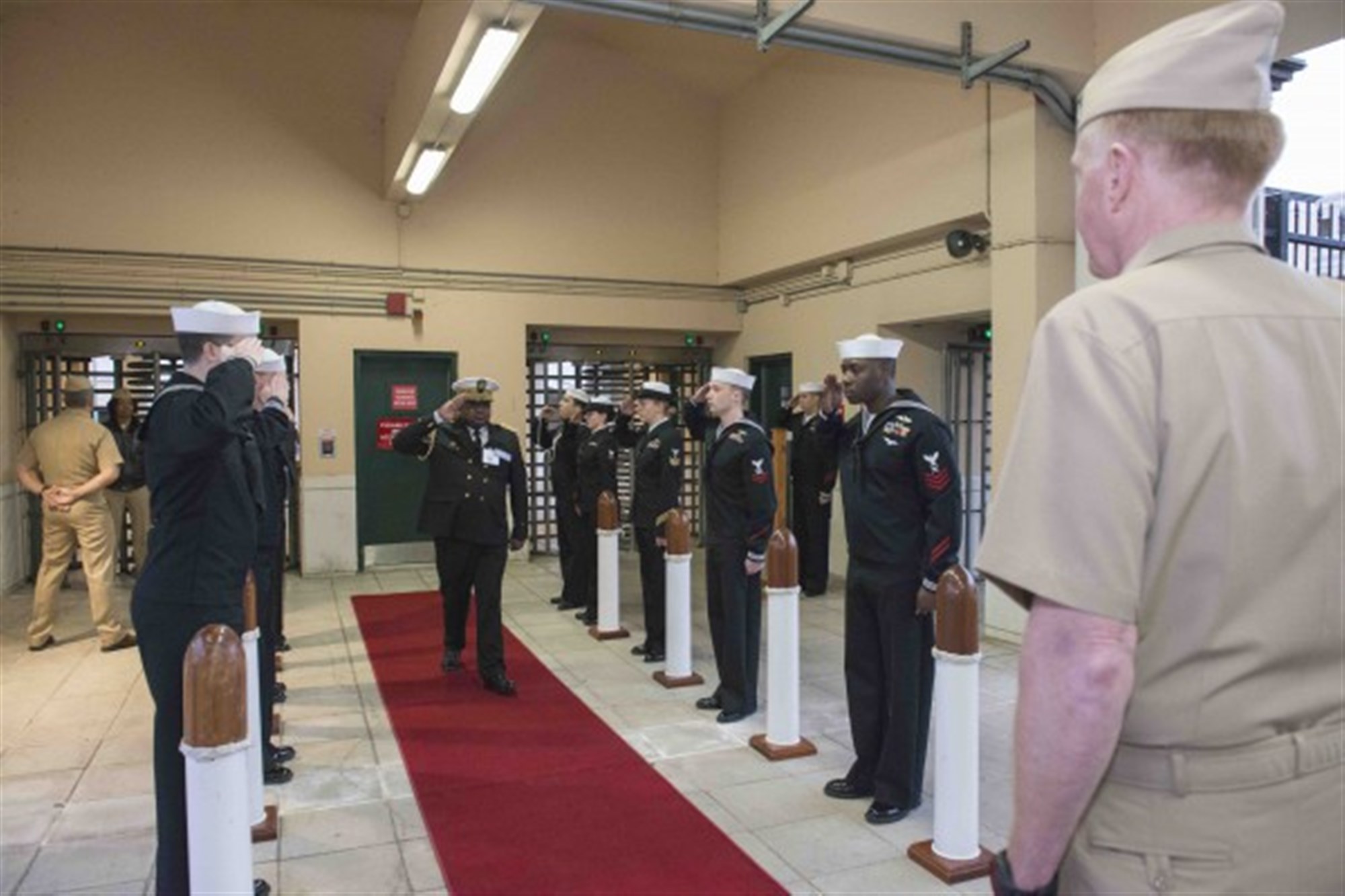 During the weeklong course, conducted by the U.S. Naval War College, 33 senior naval leaders from maritime countries in Europe and Africa will participate in seminars and discussions focusing on the effective employment of naval forces in a joint, coalition or interagency environment. This practical application of maritime capabilities to real-world scenarios helps to improve the effectiveness of leaders to function together at the operational level of command and control.

“It is important for us as military leaders to come together to discuss maritime issues of mutual concern,” said U.S. Naval Forces Europe-Africa Commander, Adm. Mark Ferguson. “Doing so helps us build strong partnerships and improve warfighting capability.”

Throughout the course, guest speakers will deliver briefs and facilitate candid discussions about maritime security, strategic and operational planning, and command and control structures among other topics. The talks also provide an opportunity to gain a better understanding of the diverse perspectives involved in a combined force.

“Forging this Network of Navies is more than just a concept – it involves a willingness to talk meaningfully,” said U.S. 6th Fleet Commander, Vice Adm. James Foggo. “When opportunities arise, we must continue to foster a dialogue, to share our ideas and provide innovative solutions to common problems. Events like this are ideal settings for achieving common goals.”

The goal of the course is for participants to return to their respective navies with new ideas and with a strengthened sense of partnership between regional leaders in Europe and Africa. Each navy should operate with the assurance that cooperation and collaboration are critical to the continued success of maintaining regional safety and security.

“There is no problem too great and no contribution too small if we work collectively, and pool our resources to overcome the challenges that threaten freedom and security in the global commons,” said Foggo. “We share the same views of maintaining safety and security of the world’s oceans and sea lanes. Through strengthened relationships, we can work together to increase peace and prosperity throughout the region.”

The first CFMCC Course, which focused on U.S. Naval Forces Central Command, was held in September 2006 in Newport, R.I. Since then, CFMCC has expanded to include three courses conducted periodically in the European, Middle East and Pacific regions. U.S. Naval Forces Europe-Africa hosted CFMCC courses in 2008, 2010, and 2014.