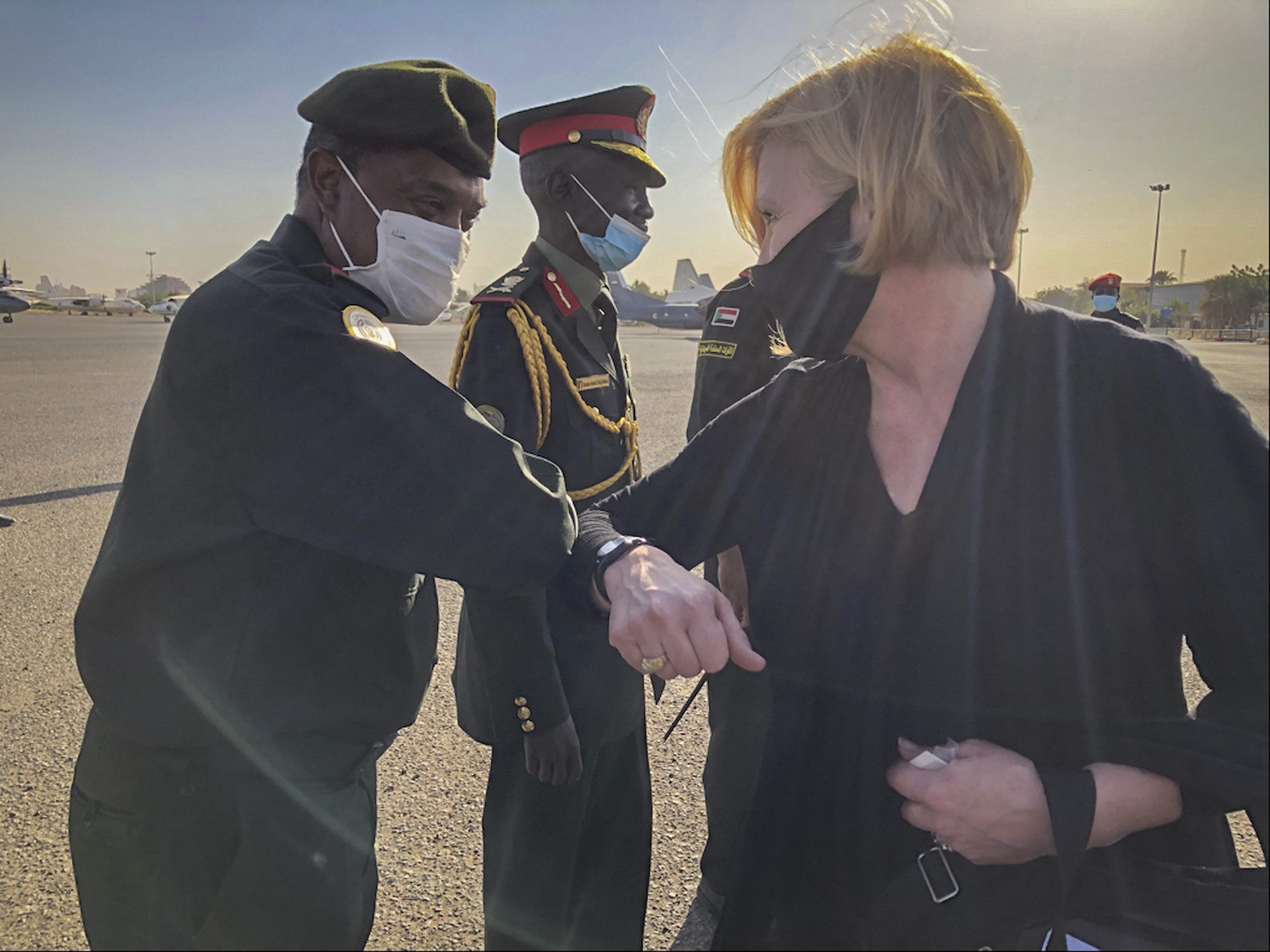 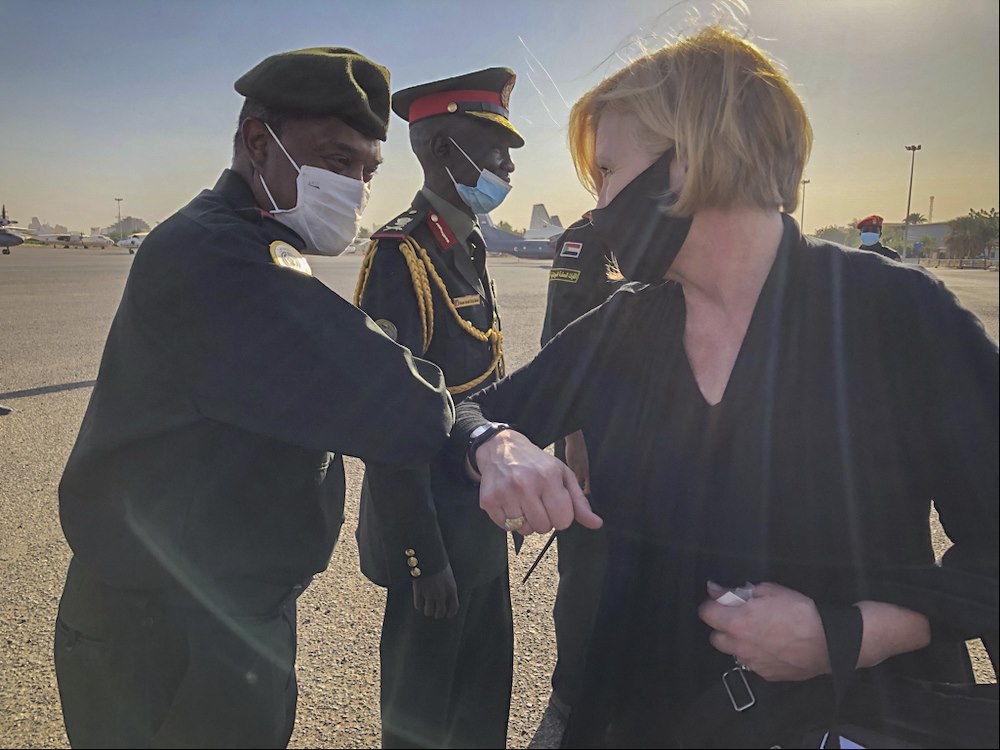 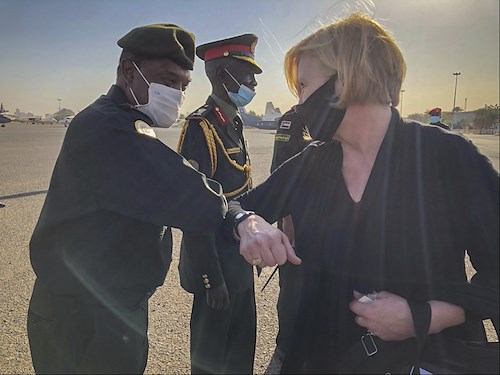 U.S. Navy Rear Adm. Heidi Berg, U.S. Africa Command director of intelligence, meets senior Sudanese officials of Sudan during a series of meetings the week of Jan. 25, 2021. “This week is a significant moment in the resumption of a relationship between our two countries, a relationship based on trust and a mutual commitment to ensuring peace and prosperity in Eastern Africa,” said Berg.
Share:
Download image
Photo by: Col. Christopher Karns 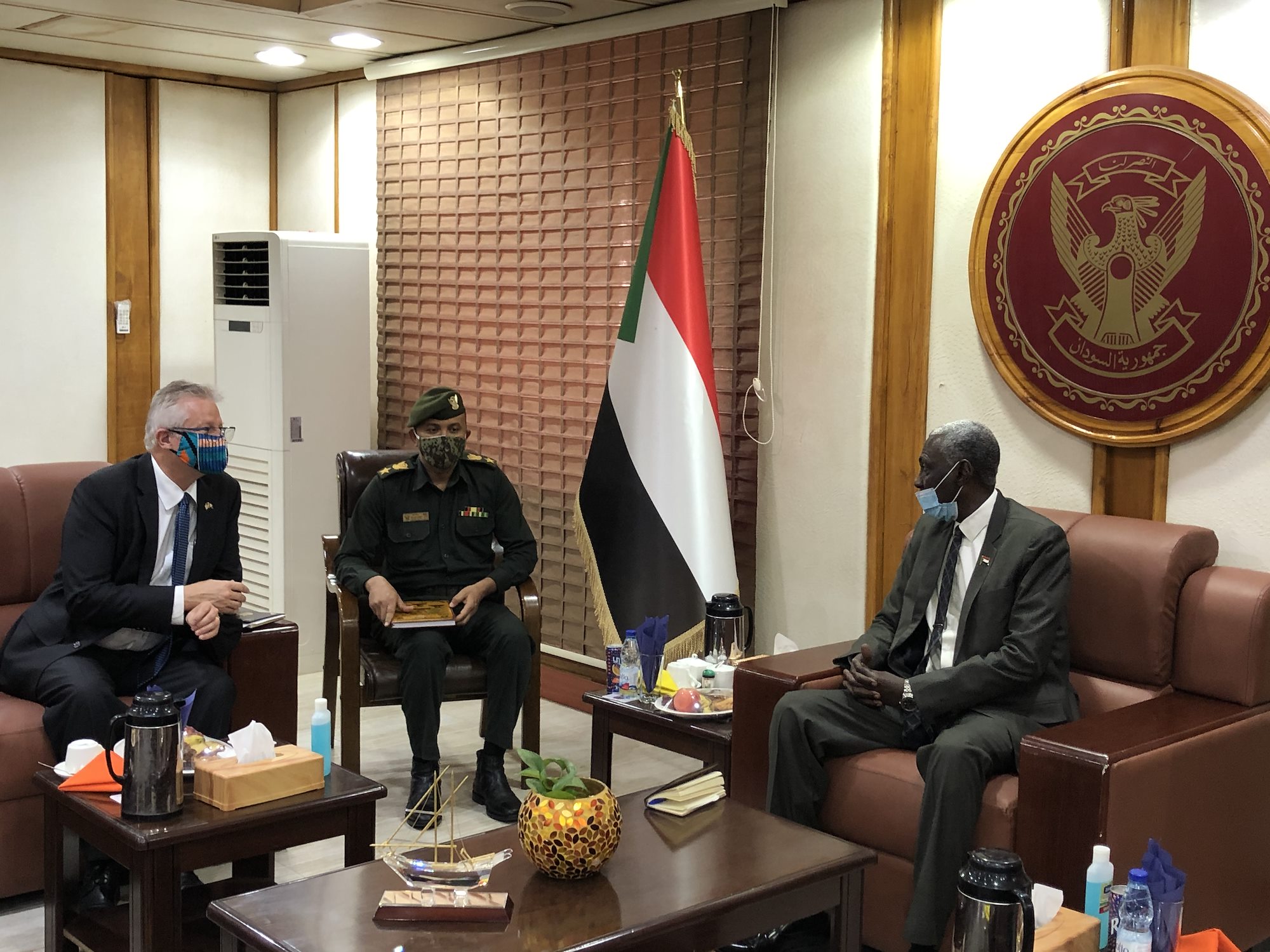 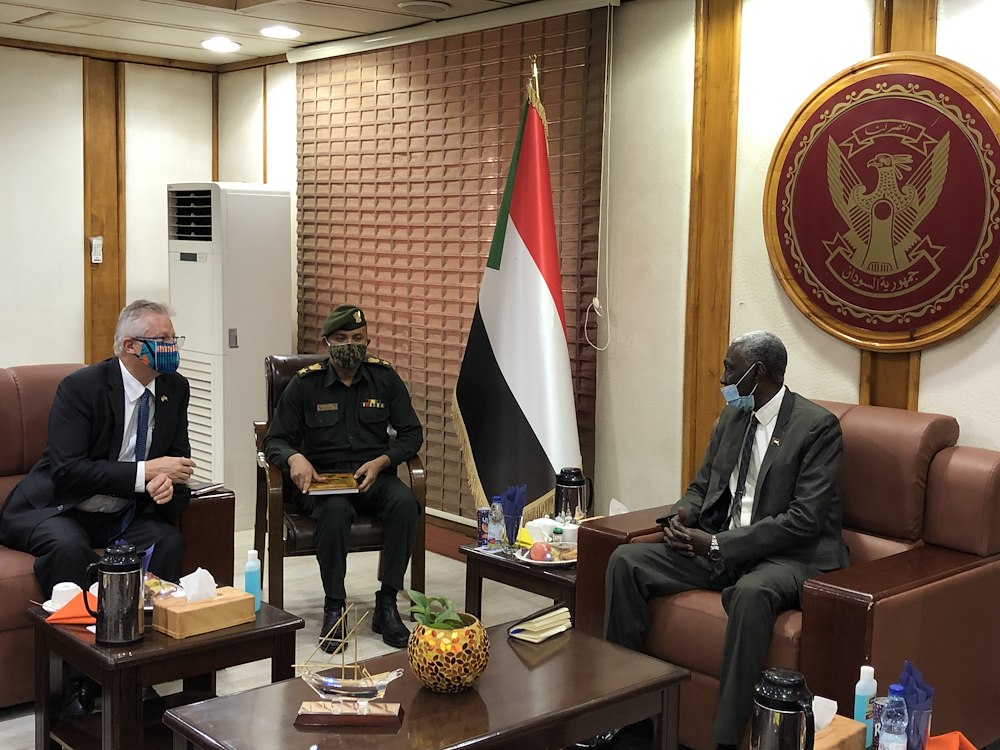 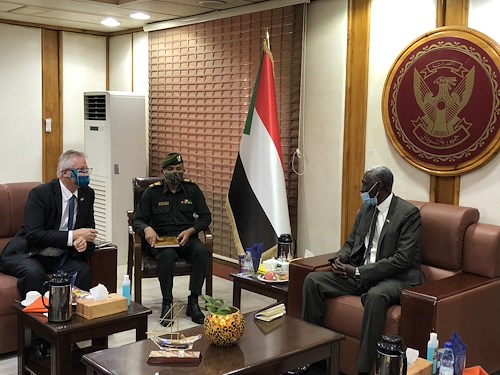 The trip represents a new chapter in U.S. Africa Command engagement with Sudan since the rescission of Sudan’s designation as a State Sponsor of Terrorism in 2020. This rescission is key to the fundamental change in the bilateral relationship between the U.S. and Sudan.

“We are at a moment of historic change in the bilateral relationship between the United States and Sudan, made possible by the brave efforts of the Sudanese people to chart a bold new course toward democracy,” said Young. “I am beyond honored to be part of the U.S. Africa Command delegation to visit Sudan to solidify the future of our partnership. We are committed to strengthening our relationship and exploring opportunities together.”

During the trip Young and Berg met with Sovereign Council Chairman General Abdel Fattah al-Burhan and Prime Minister Abdalla Hamdok to recognize the progressive efforts of the transitional government.

“Together with Sudan's civilian-led transitional government, we are striving to reinforce this new partnership between the Sudanese professional military and U.S. Africa Command,” said Young.

The delegation discussed mutual advantages that partnering brings as part of U.S. Africa Command’s whole-of-government approach to strategic security challenges in Africa. Specifically, discussed were opportunities for future military to military engagements between the two forces.

"U.S. Africa Command's approach is one of partnership. We are exploring possibilities and opportunity with Sudan, militarily and diplomatically,” said Young. “We see increased engagement in the months and years ahead."

The U.S. Africa Command signaled an increased commitment of support to Sudan.

"We are pleased to host this high-level U.S. Africa Command delegation to Sudan, which highlights our growing bilateral relationship and underscores the United States’ support for Sudan’s democratic transition," said Brian Shukan, Chargé d'Affaires of the U.S. Embassy in Sudan.

The delegation also visited the Sudanese Higher Military Academy. During the visit, Berg provided an overview of U.S. Africa Command’s mission, highlighting the ways in which the command works with partner forces to enhance regional stability and security.

“The transnational threats that seek to disrupt our way of life demand our dedicated teamwork and improved mechanisms for coordination and information sharing,” said Berg. “The conversations we’ve had here this week strengthened the foundation for cooperatively addressing these challenges to peace and stability for years to come.”