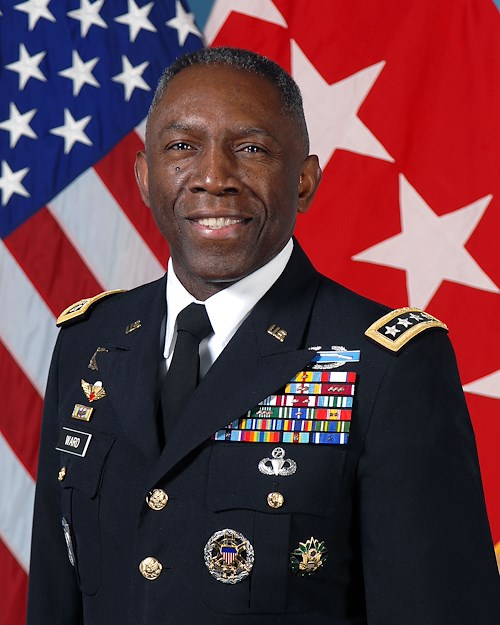 Ward was commissioned into the Infantry in June 1971. His military education includes the Infantry Officer Basic and Advanced courses, U.S. Army Command and General Staff College, and U.S. Army War College. He holds a Master of Arts in political science from Pennsylvania State University and a Bachelor of Art in political science from Morgan State University. His military service included overseas tours in Korea, Egypt, Somalia, Bosnia, Israel, two tours in Germany, and a wide variety of assignments in the U.S., including Alaska and Hawaii.

Prior to assuming command at U.S. Africa Command, Ward was deputy commander at U.S. European Command, Stuttgart, Germany. He previously served as the deputy commanding general/chief of staff, U.S. Army Europe and Seventh Army. While in this capacity he was selected by the Secretary of State to serve as the U.S. Security Coordinator, Israel - Palestinian Authority where he served from March 2005 - Dec. 2005.

After he left U.S. Africa Command, Ward retired at the rank lieutenant general in Nov., 2012.