A safe, stable, secure and prosperous Africa is an enduring United States interest. Niger is an important partner to the U.S. The United States and Niger have a long-standing bilateral relationship. 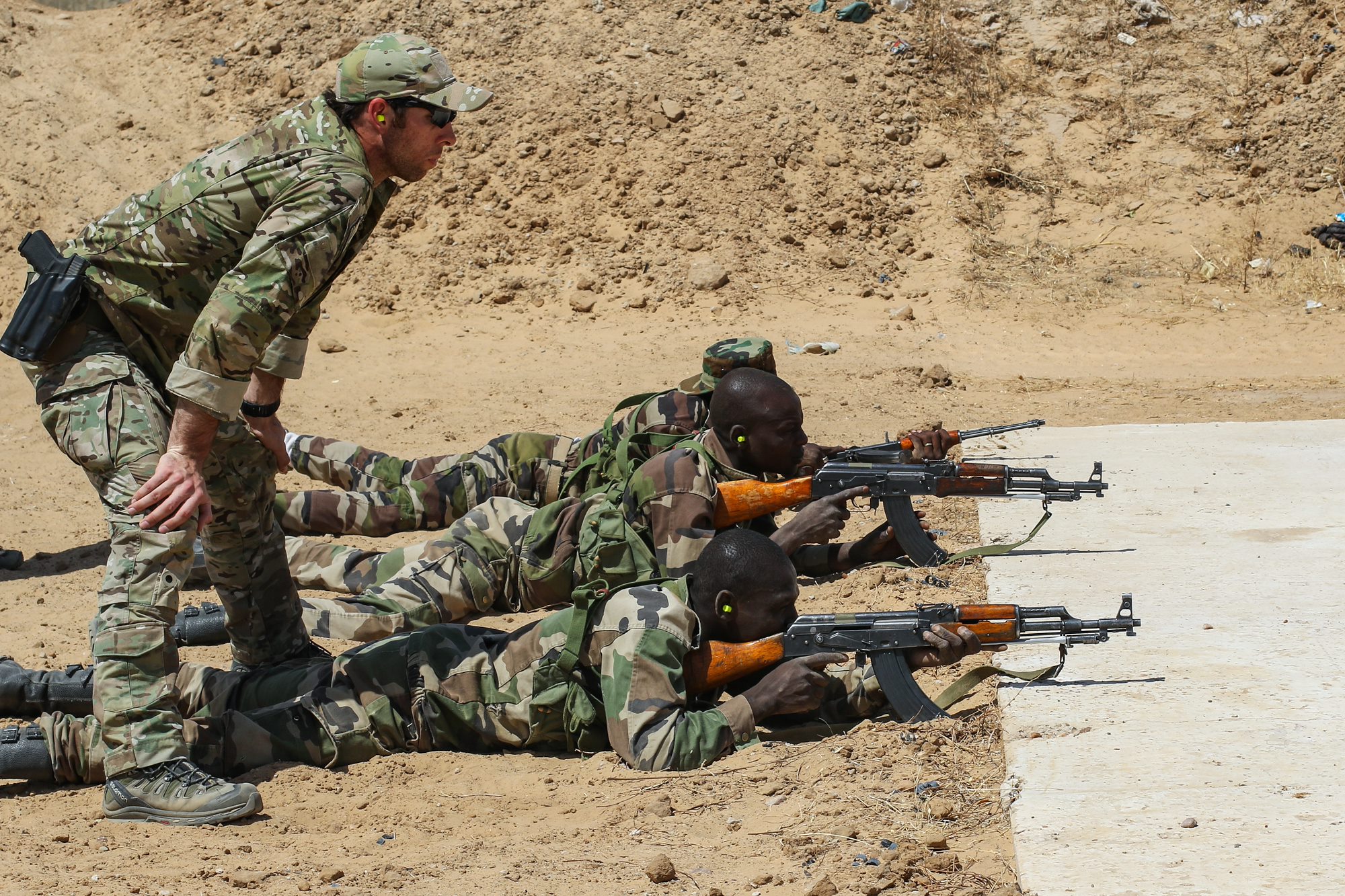 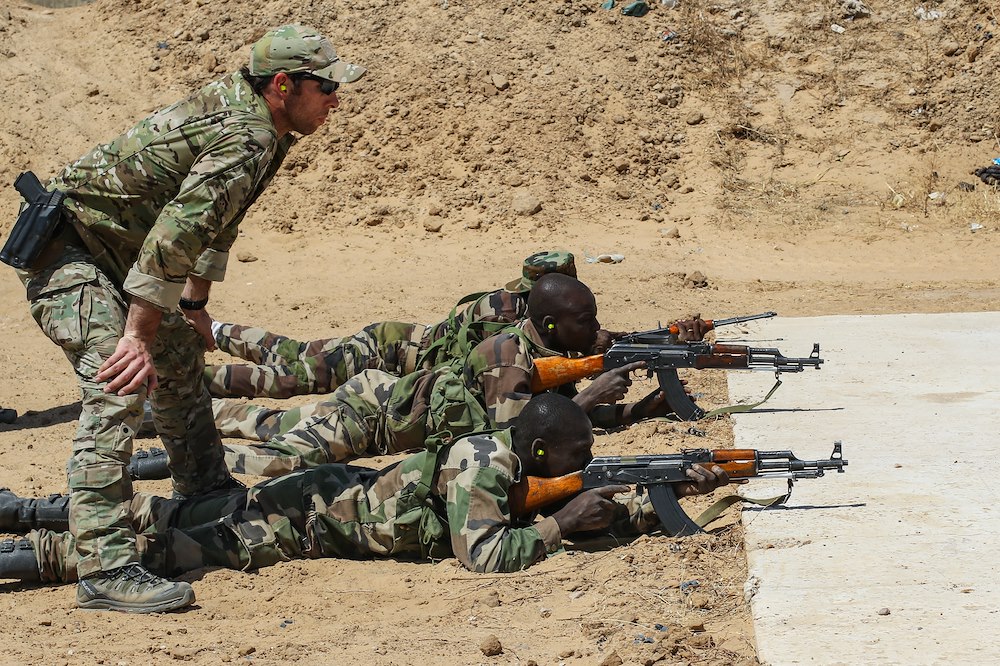 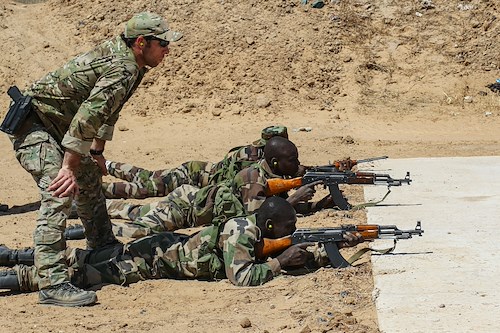 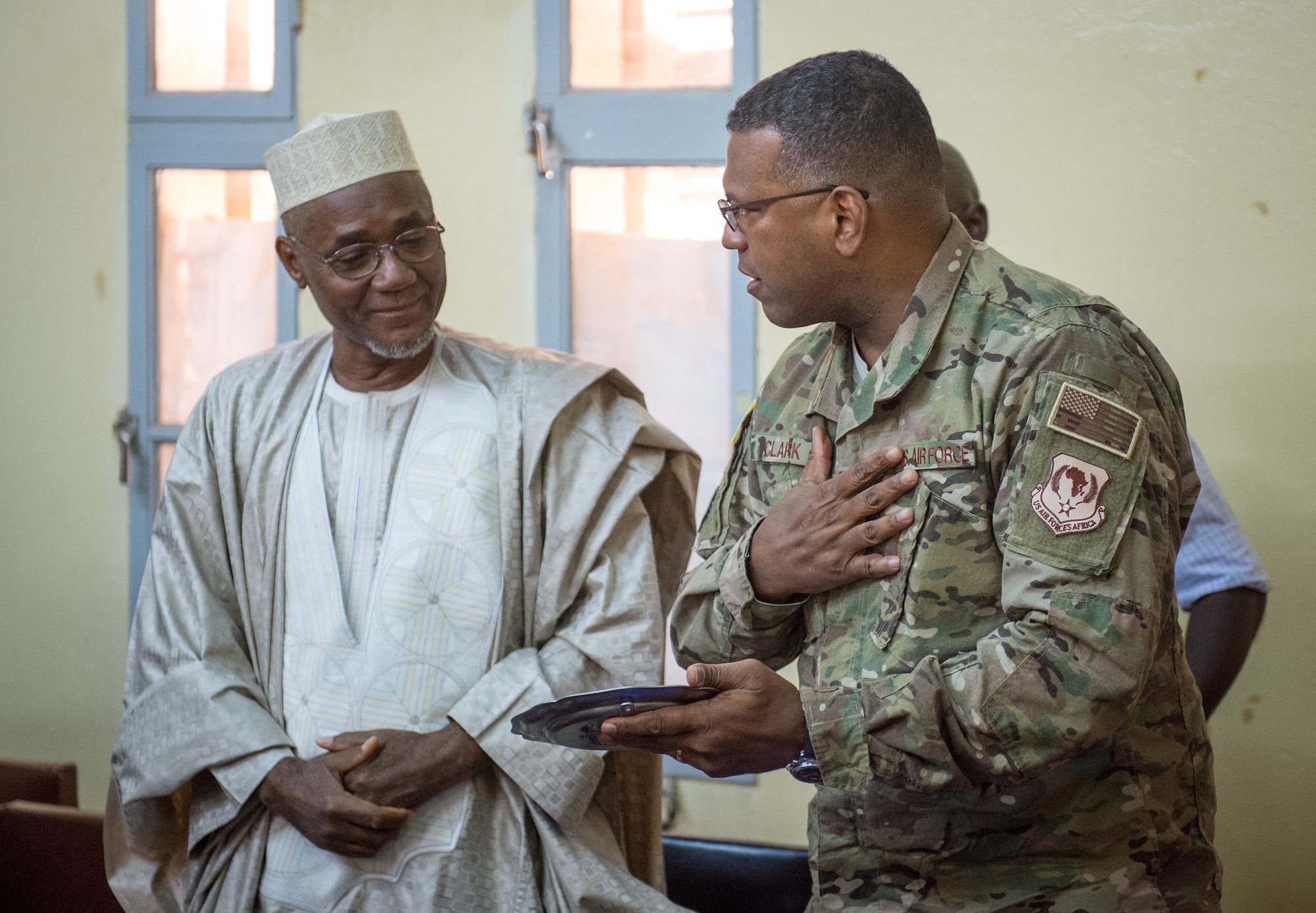 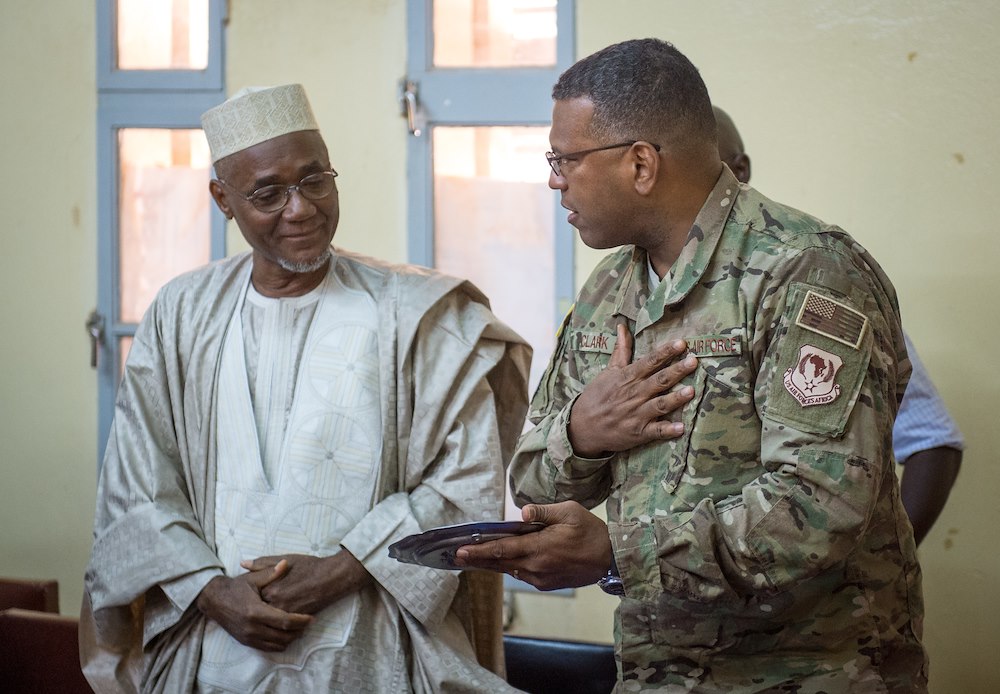 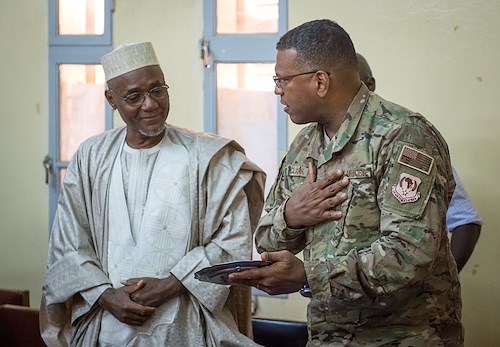 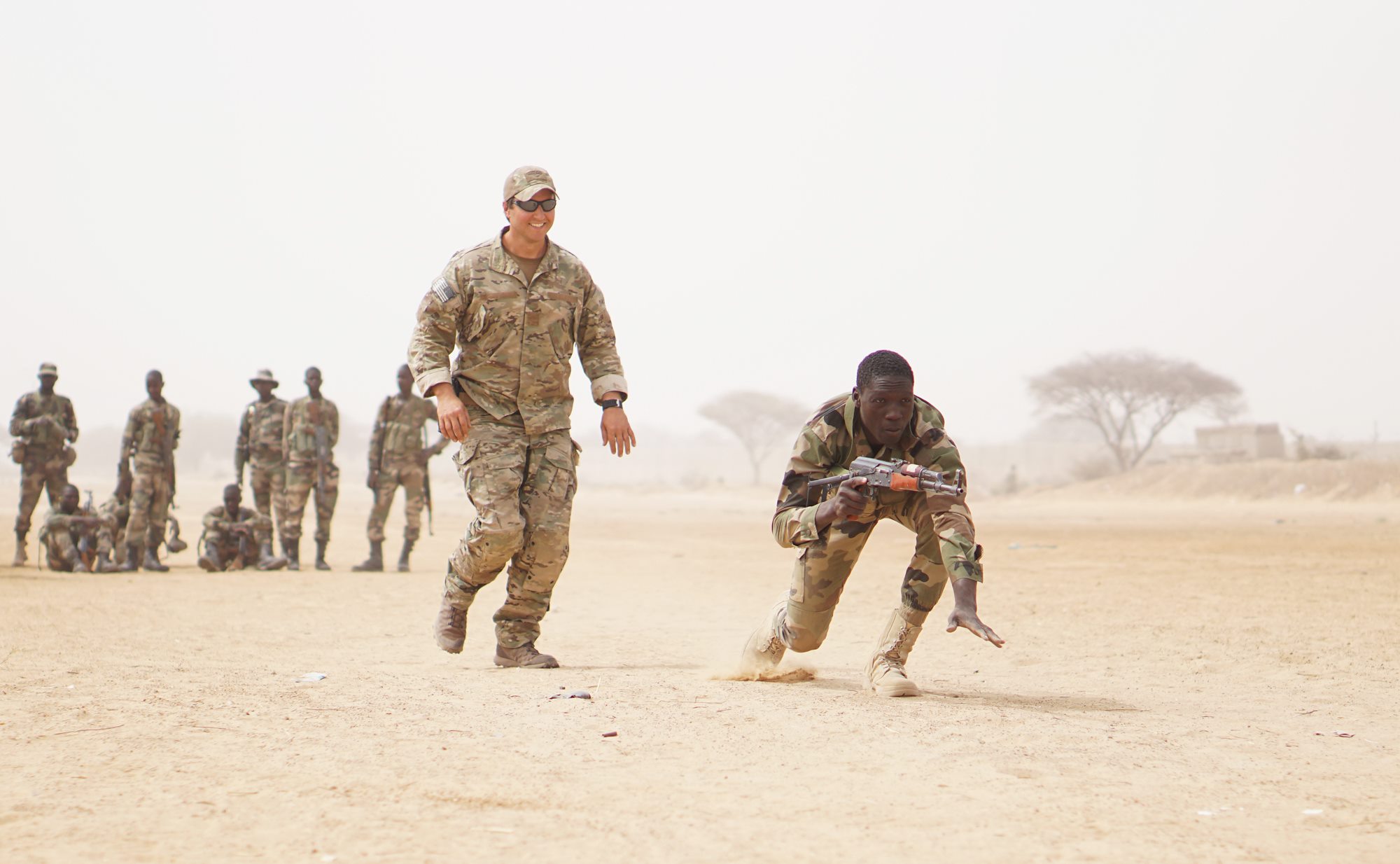 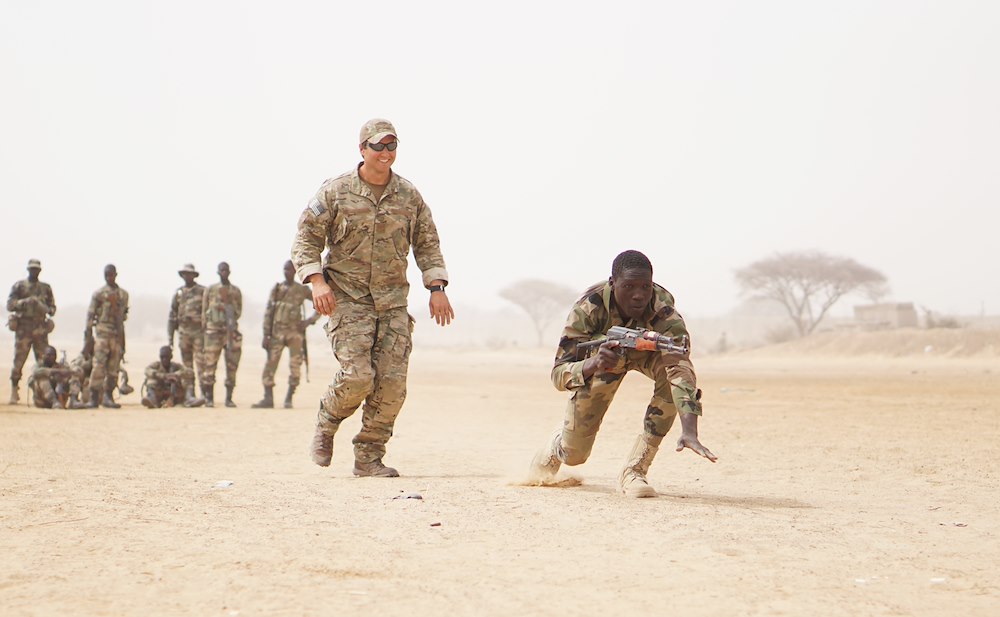 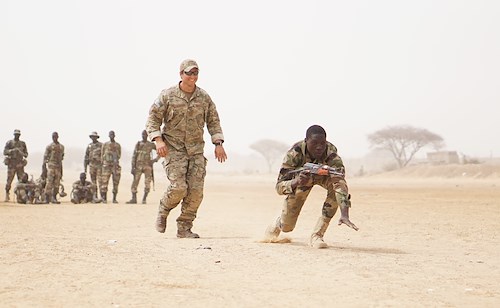 STUTTGART, Germany – A safe, stable, secure and prosperous Africa is an enduring United States interest. Niger is an important partner to the U.S. The United States and Niger have a long-standing bilateral relationship. Our militaries have been stalwart allies focused on working together to deter and to defeat terrorist threats in the West African nation and across the Sahel region.

The U.S. military does not have an active, direct combat mission in Niger. AFRICOM provides training and security assistance to the Nigerien Armed Forces, including support for intelligence, surveillance, and reconnaissance to facilitate their efforts to target violent extremist organizations in the region. This training includes advising and assisting the Nigeriens to increase their organic ability to bring stability and security to their country.

There are approximately 800 U.S. military personnel in Niger, which is about twice the size of Texas. This number includes personnel supporting the U.S. Embassy in Niamey, personnel supporting the construction efforts at Air Base 201 in Agadez, and personnel stationed in the country for other temporary duties and operations. While U.S. Special Forces are advising and assisting the Nigerien Armed Forces, they make up a fraction of the overall U.S. force composition in Niger.

Some of these troops are supporting French operations in the region, said U.S. Secretary of Defense James Mattis Oct. 19.

“The French maintain over 4,000 troops down there,” he said. “Mostly the U.S. provides refueling, intelligence support and surveillance support [to the French].”

A major effort of U.S. forces in West Africa, in coordination with the Nigerien and other West African governments, is to support a range of security and capacity building efforts in the greater Sahel region. These efforts support U.S. diplomatic and national security objectives and are designed to strengthen relationships with African partners, promote stability and security, and enable African partners to address their security threats.

“We call it foreign internal defense training, and we actually do these kinds of missions by, with and through our allies,” Mattis said.

In addition to military-to military-training, Niger has been a regular participant in regional military exercises including Flintlock. Exercise Flintlock is an annual, African-led special operation forces exercise which has strengthened key partner nation forces throughout North and West Africa as well as European and North American Special Operations Forces since 2005. Niger hosted Flintlock in 2014, was one of the locations of Flintlock 2017, and is scheduled to host the exercise in 2018.

Violent extremist groups based in northern Mali and across the Sahel have proven to be resilient, adaptable, and capable of launching cross-border attacks. They exploit porous borders, have reliable access to weapons, and enjoy relative freedom of movement that enables their attacks. These terrorists pose a threat to the citizens of Niger and other African nations, and also to U.S. personnel and U.S. interests in Africa.

Defeating these threats and creating a stable environment requires a regional approach. At the request of, and in close coordination with, the Government of Niger and the Nigerien Armed Forces, the United States Africa Command is establishing a temporary, expeditionary cooperative security location in Agadez, Niger. Geographically and strategically, Agadez presents an attractive option from which to base intelligence, surveillance, and reconnaissance assets more able to identify and monitor the threats in the region and reduce some of the complexity of operating with the vast distance of African geography. The location in Agadez will improve AFRICOM’s capability to support Niger and other partner nations in the region.

In addition to the military, the U.S. takes a whole-of-government approach to addressing these security issues.

The United States is committed to helping Niger address the terrorist threat within its borders, said Amb. Eunice Reddick, U.S. Ambassador to Niger Oct 4. A holistic approach to counter-terrorism requires strengthening the community’s resilience against the threat of violent extremism by providing solutions to the reasons that drive people into extremist organizations.

The fight against terrorism is a long-term effort that requires the dedication and perseverance of the government, civil society, international partners and citizens of Niger, she said.

In addition to Niger, the U.S. military works with African partners across the continent to deter and defeat extremist organizations. AFRICOM works by, with and through African partners to address these threats. “By, with and through” refers to a strategic approach designed to achieve U.S. strategic objectives in Africa by enabling the security forces of partnered nations who have compatible strategic objectives. This approach places an emphasis on U.S. military capabilities employed in a supporting role, not as principle participants in any armed conflict.

Security operations are executed almost exclusively by the partnered security forces. AFRICOM works with partner forces and based on their needs, conducts training, advising, assisting, equipping, developing security force institutions, and improving the professionalism of the partner military. The strategic objectives of both the U.S. and the partnered nation are achieved through a cooperative relationship in which AFRICOM plays a supporting role. 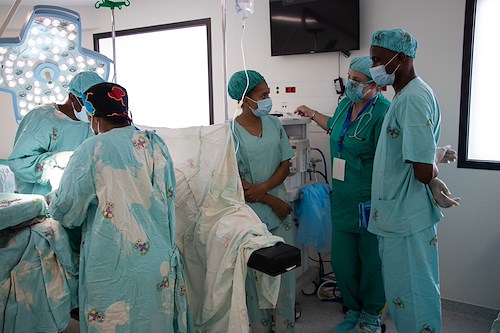