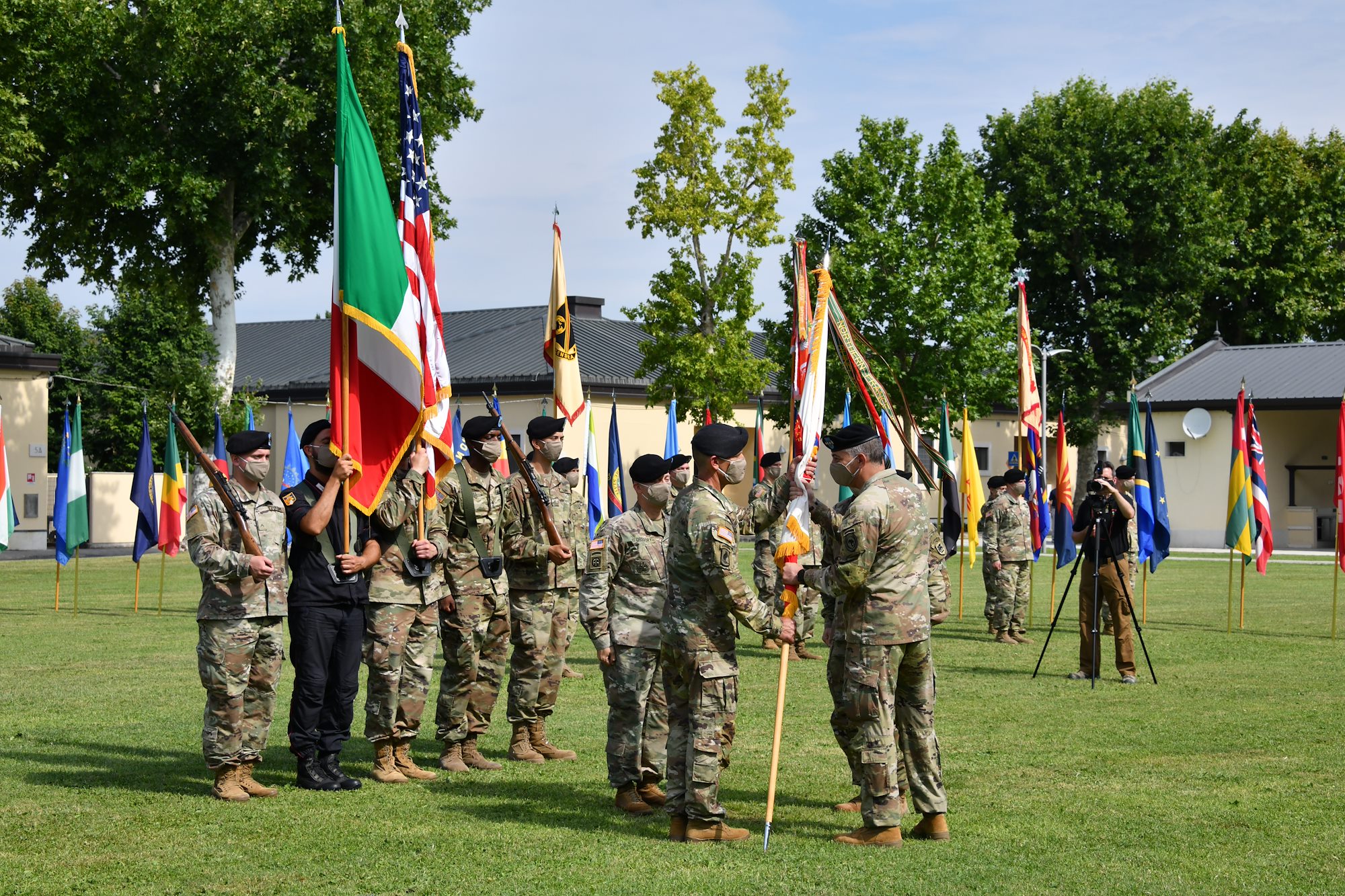 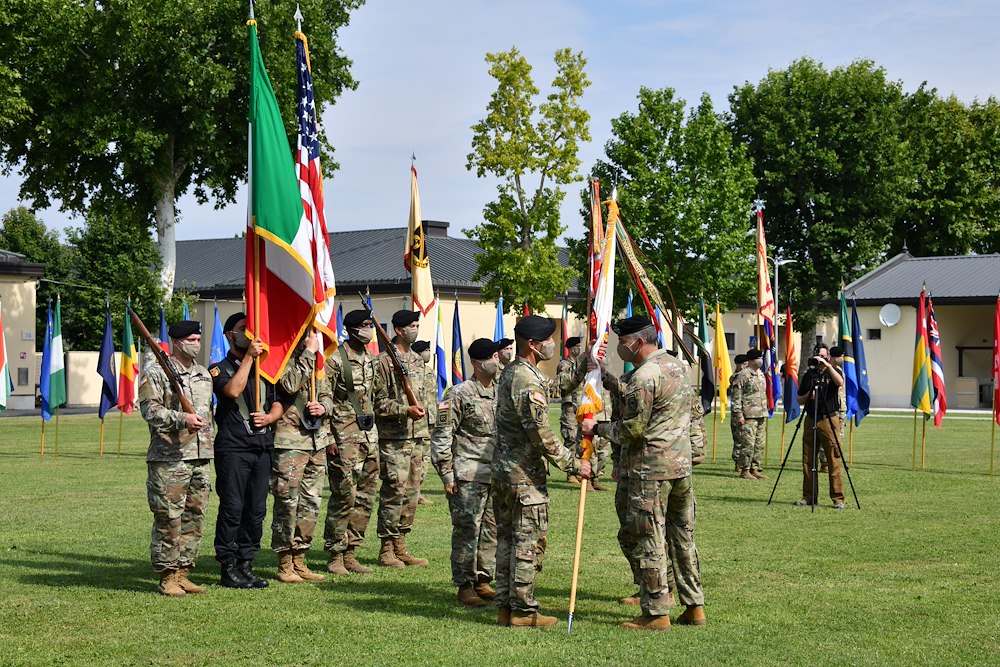 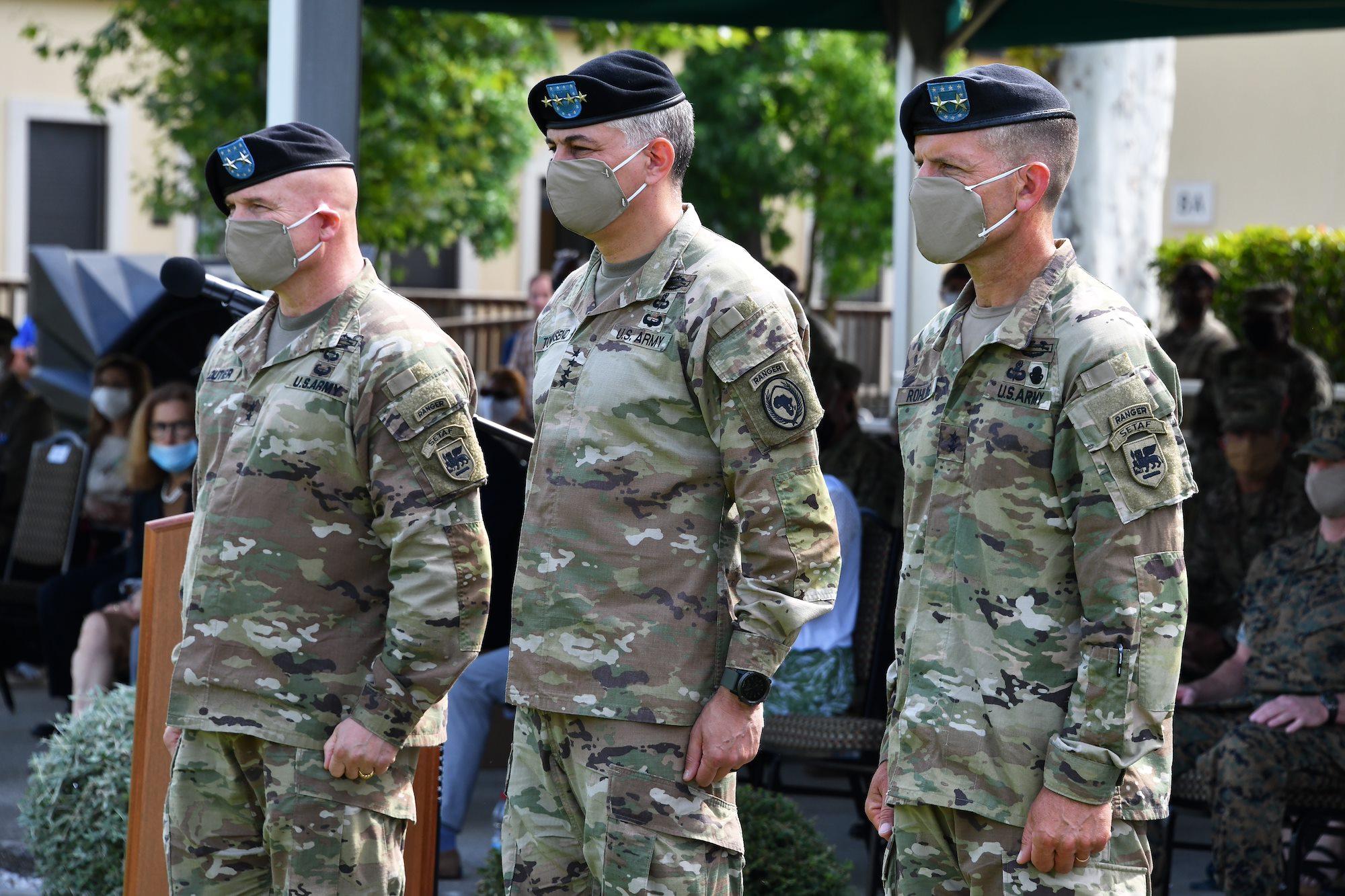 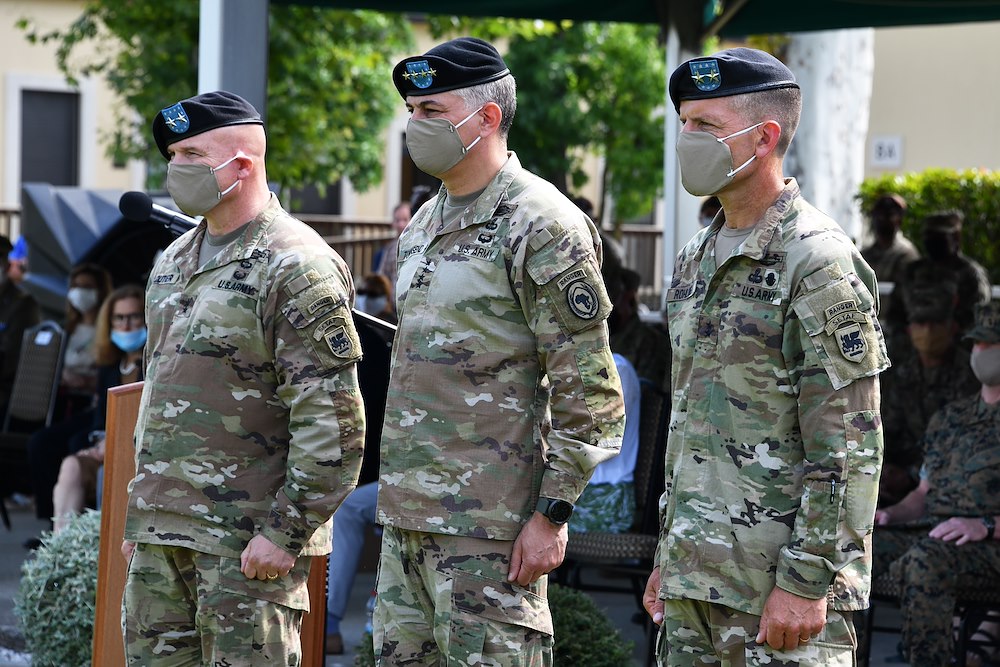 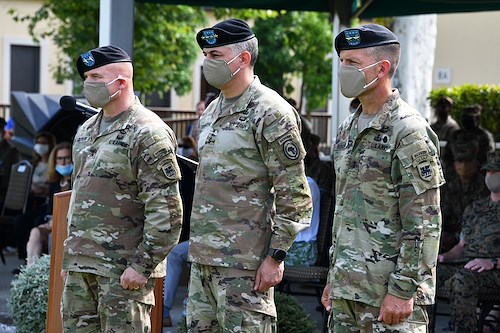 "U.S. Army Africa advances US interests by building partner capacity and African security institutions while countering violent extremist organizations," Townsend said. "This is a key Global Power Competition advantage for the U.S. and results in mutual benefit for our African partners and the U.S."

In his remarks, Townsend addressed both incoming and outgoing commanders and their families.

“Today is a great day for AFRICOM, U.S. Army Africa, and the garrison Italy here in Italy,” he said. “Roger and Diane, congratulations on a job well done. Andy and Aly, we are happy to have you on the team. Welcome aboard.”

Townsend expressed confidence that Rohling will lead the men and women of USARAF to continued success.

“USARAF is certainly in good hands to have a veteran of Panama, and of multiple deployments to both Iraq and Afghanistan, having served in the Ranger Regiment and commanded the 173rd (Airborne Brigade),” he said. “I have no doubts that as we move forward to implement reforms and expand U.S. influence on the African continent, the mission, Soldiers and families of U.S. Army Africa will be well taken care of.”

Townsend also commended Cloutier for his accomplishments as USARAF commanding general, highlighting Cloutier’s leadership and innovation during the unprecedented early days of the COVID-19 pandemic.

"We are in the midst of a global pandemic, the likes of which the world has not seen in 100 years,” he said. “The eyes of the world watched as Northern Italy's leaders made difficult decisions, put smart protection measures in place, and ultimately didn't just save lives here, but your action and shared lessons saved lives around the globe."

During his remarks, Rohling expressed gratitude for the warm reception he and his family have received, as well as for the opportunity to return to the Vicenza military community and join USARAF in supporting AFRICOM and its priorities on the African continent.

“I promise (General Townsend), the Soldiers, the Civilians, and the Families of this command my very best,” he said. “It is with great pride and humility that my family and I join U.S. Army Africa, and, 18 years later, almost to the day, rejoin the ranks of (Southern European Task Force). There is no place we’d rather be.

“As evidenced by the uniqueness of this ceremony itself, we are indeed living in interesting times. And within that context, I look forward to the opportunities, the rewards, the challenges, and the difference this command will make across the 53 countries of Africa, and in our local community.”

In final remarks as outgoing commanding general, Cloutier said leading the USARAF team has been one of the highlights of his military career. He expressed appreciation to AFRICOM and Army leadership, the Italian base command, Carabinieri, Italian community, State Department colleagues, his advisers and staff, USARAF and garrison leaders, the Vicenza military community, and his family for their support.

He then addressed the members of USARAF directly.

“To the men and women of U.S. Army Africa: Thank you for your service and professionalism,” he said. “Thank you for everything you have done to support me as your commander and for your extraordinary efforts to toward our missions in Africa … There is nothing this team cannot accomplish. You’ve proven it time and again.”

As he reflected on USARAF’s accomplishments and challenges this year, he commended command personnel on their resilience.

“During this challenging, unprecedented time, you’ve continued to support operations, protect our forces on the continent and maintain readiness. You’ve also taken extraordinary measures to protect yourselves, your families and our Italian friends and neighbors. I am so proud of each and every one of you. Leading the men and women of USARAF has been a great honor.”

Acknowledging that he often speaks in football analogies, Cloutier concluded with words of encouragement for Rohling and the command.

“It has been an absolute honor leading this command … Let’s support General Rohling and his vision and intent. Let’s keep our chinstraps buckled; let’s fire off the ball. And if you get the play, just hit someone in the opposite color jersey, and that’s the most important thing.” 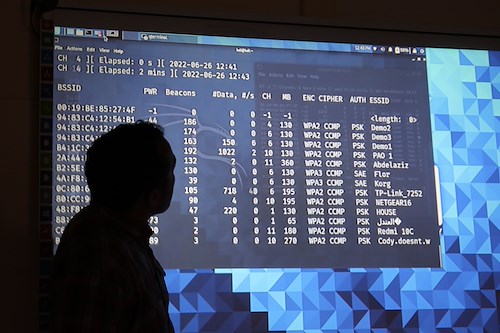 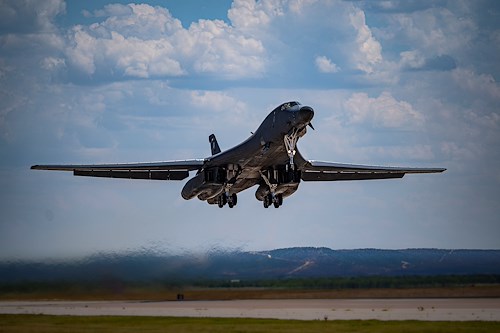 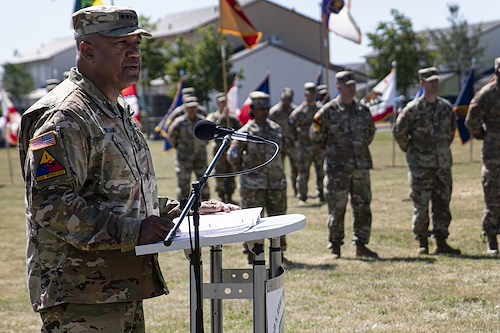 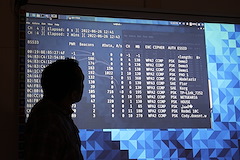