The ship will be a long-term presence assigned to the AFRICOM mission set and support security cooperation missions and operations in and around the African continent. 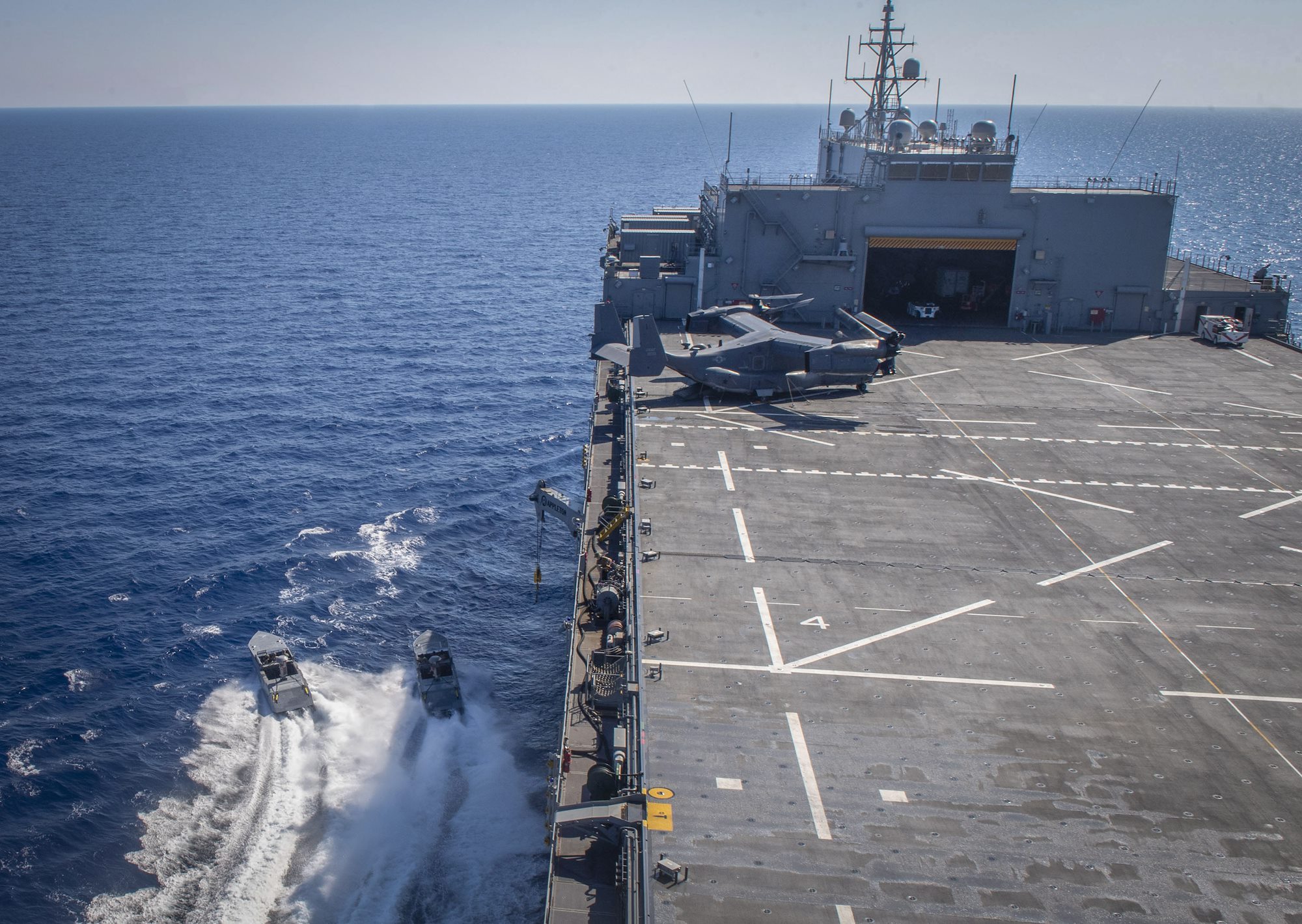 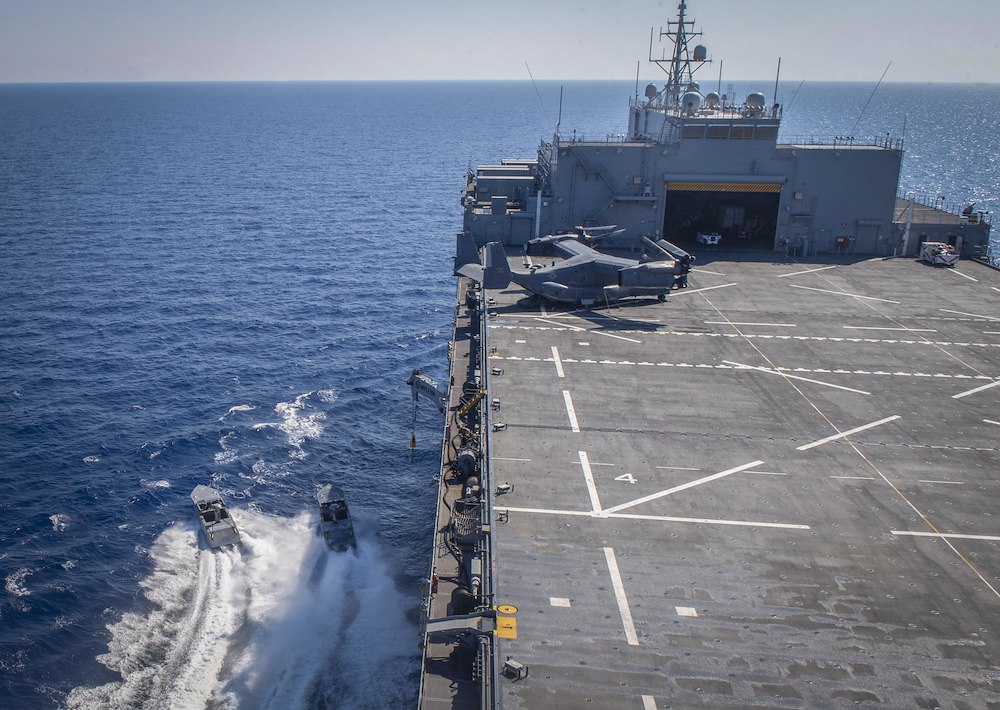 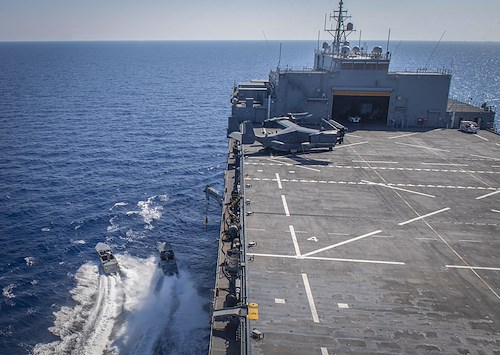 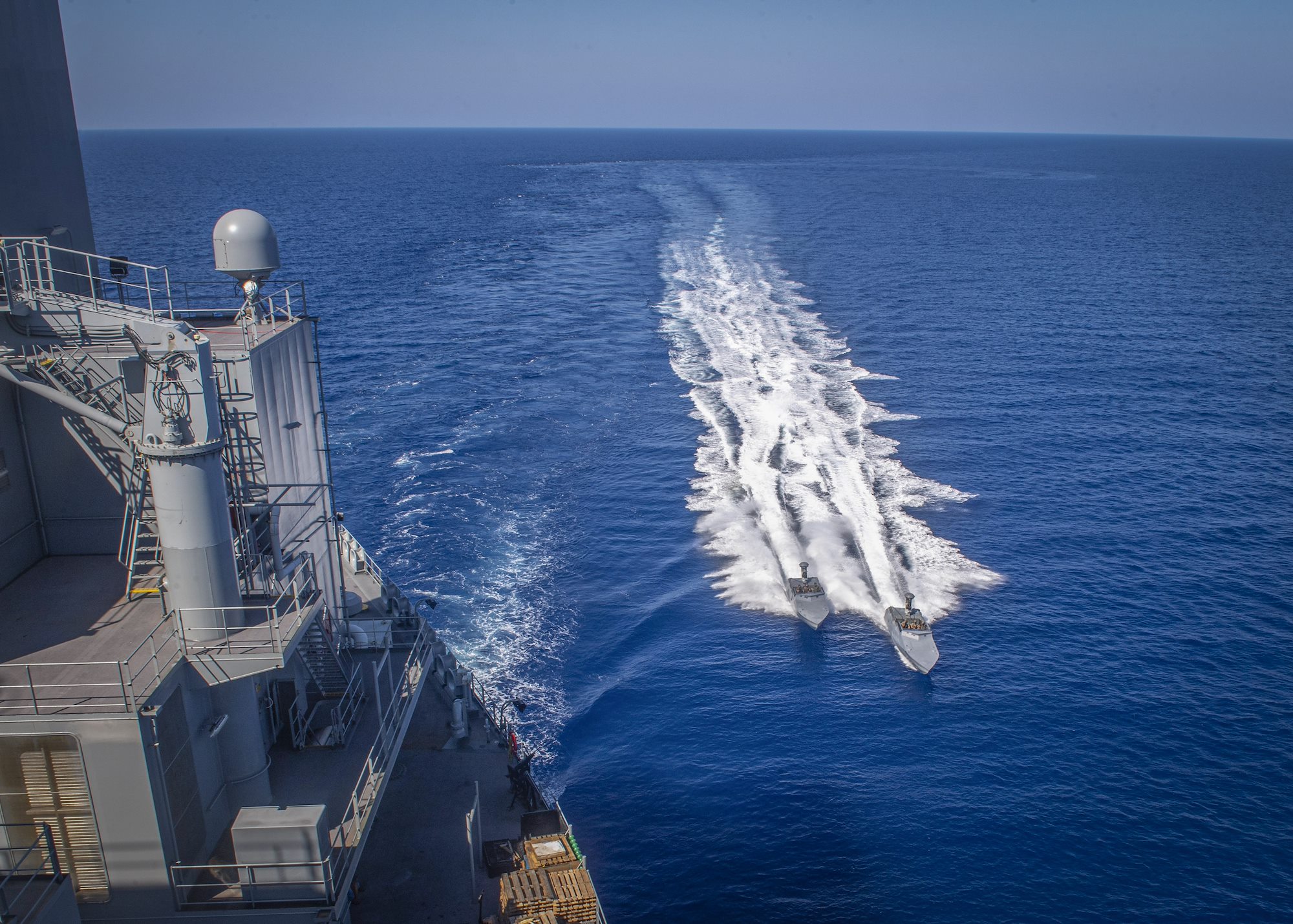 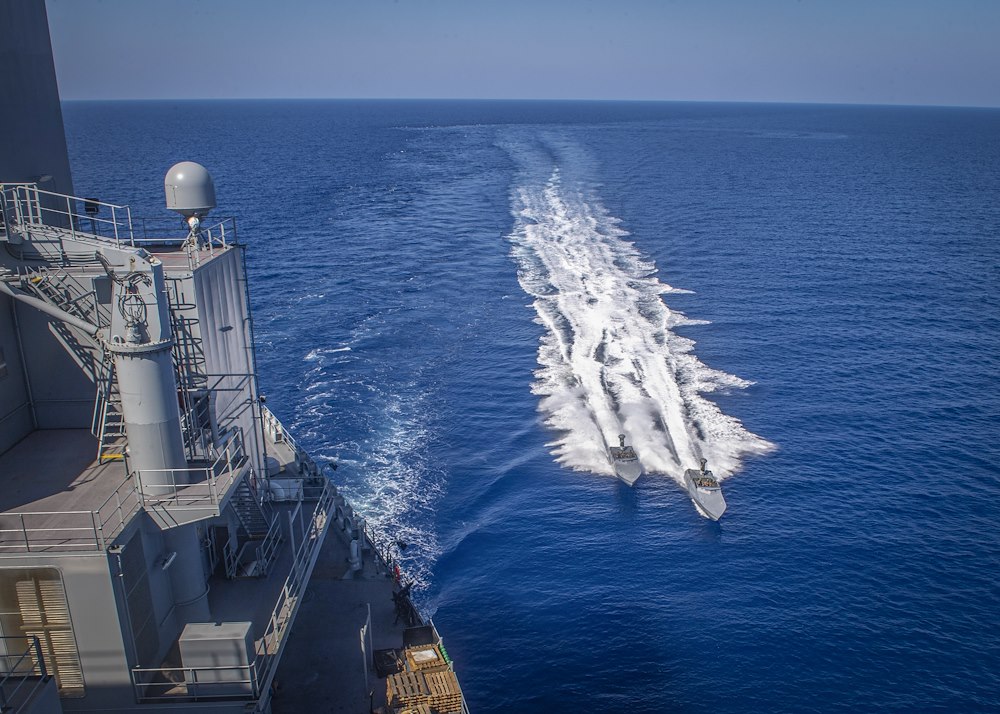 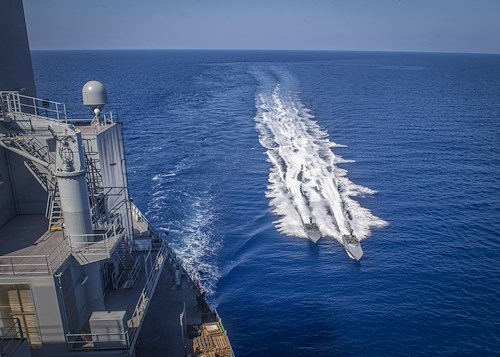 The training aboard Hershel “Woody” Williams enables the SOF to train in a shipboard environment in preparations of upcoming operations throughout the U.S. Africa Command (AFRICOM) area of responsibility (AOR).

“The interoperability training we have conducted with the teams from SOCAF and the 352nd Special Operations Wing in the Mediterranean has demonstrated our unique capabilities as an expeditionary sea base,” said Capt. David Gray Jr., commanding officer of Hershel “Woody” Williams (blue crew). “We look forward to working alongside our African partners and allies and to demonstrate our commitment to maritime security in and around the African [area of responsibility].”

The SOF training, which includes small boat and aircraft operations, focuses on team interoperability with the ship for a variety of missions.

“This interoperability training between our special operations forces, Navy, Air Force, and our partners shows the strength and flexibility of our joint force,” said Maj. Gen. Dagvin Anderson, Special Operations Command Africa commander. “This new joint capability for the AFRICOM theater will allow us to engage around the continent in ways far beyond what we’ve done in the past.”

Hershel “Woody” Williams is on a regularly-scheduled deployment to the U.S. Naval Forces Africa area of operations. The ship will be a long-term presence assigned to the AFRICOM mission set and support security cooperation missions and operations in and around the African continent.

At 784 feet (230 meters) long the ship features a 52,000 square-foot (4,830 square-meter), four-spot flight deck. Further features include a hangar, mission deck, and work and living spaces for hundreds of embarked personnel. Additionally, for the U.S. Navy crew, there is a blue crew and a gold crew, which will turn-over periodically to allow for continuity while the ship remains forward-deployed.

Hershel “Woody” Williams, which is the second of a new class of sea-basing ships, departed Naval Station Norfolk, Virginia, July 27, for its inaugural deployment following its commissioning in March. Its crew consist of a mix of U.S. Navy Sailors and Military Sealift Command civilian mariners.

The 352d SOW based at Royal Air Force Mildenhall, England, is part of Air Force Special Operations Command. The 352 SOW mission is to provide combat ready, responsive, specialized airpower and combat support to execute the full spectrum of SOF missions. The wing has more than 1,100 Air Force members assigned, as well as personnel associated through Joint Special Operations Air Component-Europe. The wing is the only Air Force special operations unit in the European Theater.

U.S. Naval Forces Europe-Africa, headquartered in Naples, Italy, conducts the full spectrum of joint and naval operations, often in concert with allied and interagency partners, in order to advance U.S. national interests and security and stability in Europe and Africa. 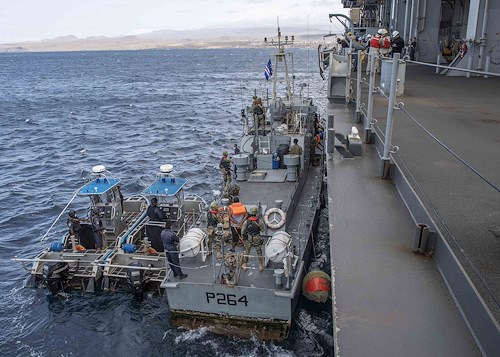 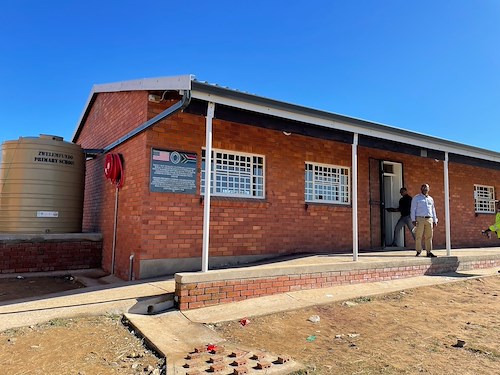 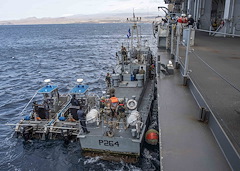