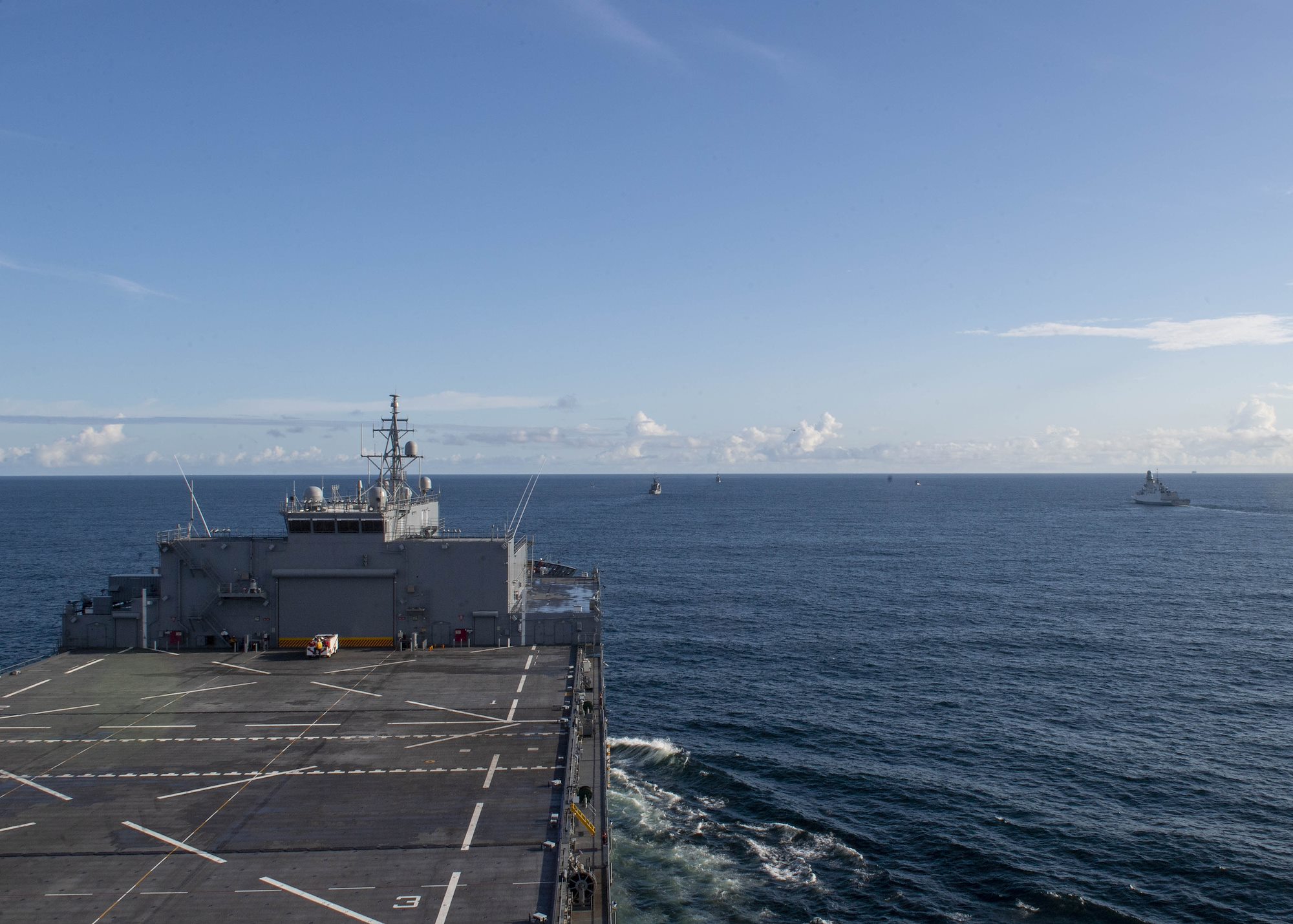 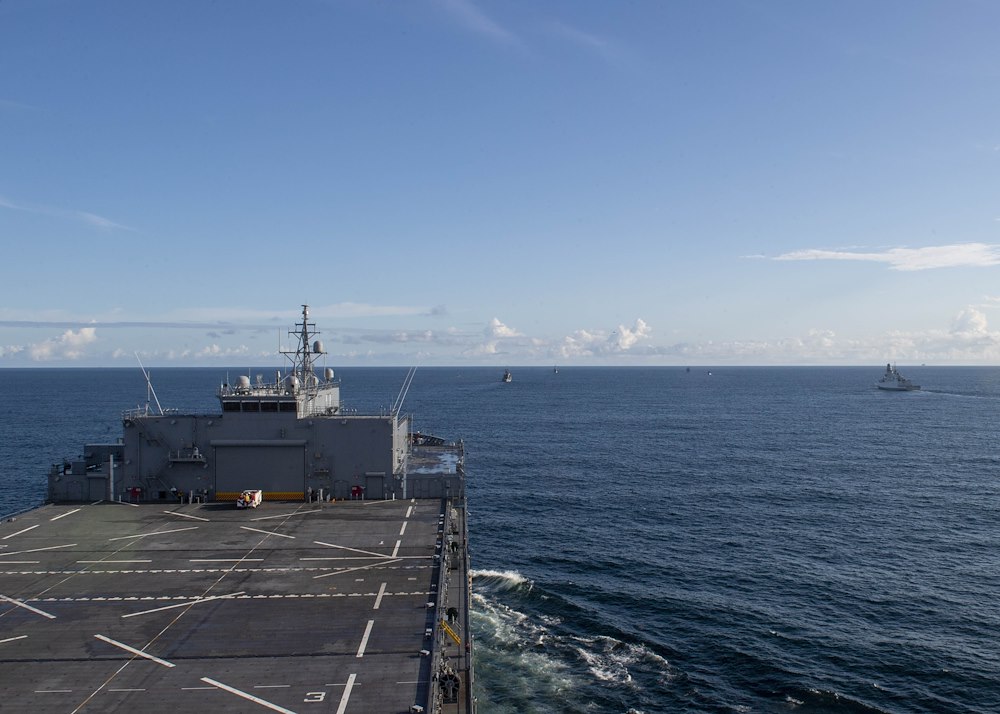 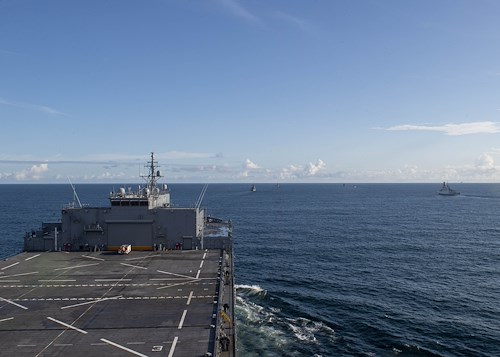 An Italian NH 90 helicopter assigned to the Italian Navy frigate ITS Federico Martinengo, lands on the Martinengo during Grand African NEMO, in the Gulf of Guinea, Oct. 08. Hershel "Woody" Williams is on its inaugural deployment in the U.S. Naval Forces Europe-Africa area of responsibility in support of maritime missions and special operations.
Share:
Download image
Photo by: MCSN Conner Foy

More than 30 ships and aircraft from 14 nations participated in the week-long exercise, which included more than 20 scenarios on combatting illegal fishing, piracy, drug trafficking, and pollution, as well as rescue at sea.

“Participating in Grand African NEMO alongside our Allies and partners has been an incredibly rewarding experience,” said Capt. David L. Gray, commanding officer, Hershel “Woody” Williams, Blue Crew. “It is vitally important for our countries to work together in the Gulf of Guinea to improve maritime domain awareness in order to fight malign activity, ensure the maritime security, and protect the blue economies of our West African partners.”

The French Navy conducts three to four regional naval exercises annually as part of the African NEMO exercise series, which culminates in the major annual exercise Grand African NEMO. Starting in 2013, the exercise series trains on the collective efforts to establish maritime security and stability in the Gulf of Guinea.

“Thanks to a painstaking preparation and a high level of involvement, we collectively achieved most of the objectives at stake,” said French Vice Adm. Olivier Lebas, commander in chief of the French Navy in Atlantic. “I want to salute all the participating units for their outstanding performance.”

No boardings or personnel transfers were conducted during the training evolution as a precaution against COVID-19.

The U.S. Navy routinely trains with allied and partner nations in order to enhance maneuverability capabilities and interoperability by establishing communication and safety standards that strengthen regional maritime security.

Hershel “Woody” Williams recently completed tracking and maneuvering exercises with Nigeria, Cote d’Ivoire, Ghana, Senegal, Cabo Verde, and Morocco. The ship is on a regularly-scheduled deployment to the U.S. Naval Forces Africa area of operations and is a key element in integration between U.S. Navy and Marine Corps operations, especially Marine aviation and support to amphibious operations.

Other operations and training the ship can conduct include support to Special Operations, command and control, and staging of equipment and other assets, as directed. The ship will be a long-term presence assigned to the U.S. Africa Command mission set and will support security cooperation missions and operations in and around the African continent.