Thirteen nations will operate together through May 28 to increase regional cooperation, maritime domain awareness, information-sharing practices, and operational capabilities, enhancing efforts to promote safety and security in the Mediterranean Sea and territorial waters of participating North African nations.

Exercise Phoenix Express 2021, the 16th iteration of the North African maritime exercise begins May 17, 2021, in Tunis, Tunisia, and throughout the Mediterranean Sea.

“Exercises such as Phoenix Express 2021 increase interoperability among participating nations in order to increase maritime security and sustain global commerce,” said U.S. Navy Capt. Harry Knight, Phoenix Express exercise director. “Our maritime exercises allow us to develop our skills with our regional partners by learning from each other and working together."

Thirteen nations will operate together through May 28 to increase regional cooperation, maritime domain awareness, information-sharing practices, and operational capabilities, enhancing efforts to promote safety and security in the Mediterranean Sea and territorial waters of participating North African nations.

“Joint military exercises such as Phoenix Express reaffirm and deepen our exceptional bilateral cooperation with Tunisia and ensure that we meet our shared goals of a safe and secure maritime environment through regional collaboration and interoperability,” said Donald Blome, U.S. Ambassador to Tunisia.

This year’s exercise control group will be hosted at the La Goulette naval base in Tunis, Tunisia. The at-sea portion of the exercise will test North African, European, and U.S. maritime forces’ abilities to respond to irregular migration and to combat illicit trafficking and the movement of illegal goods and materials.

"Phoenix Express is more than a multinational maritime exercise; it is a strategic opportunity for all participating nations to build a fruitful partnership and benefit from the others experience. Indeed, Phoenix Express 2021 is a tridimensional event which moves from the strategic aspect where the leaders find the opportunity to draw the broad lines of Med Sea security to then cross the operational sphere where one can exercise the command and the control of a multinational group enforcing a common objective to finally arrive at the tactical level which offers CO’s the possibility of carrying out different types of maneuvers at sea. For all these reasons, the Tunisian Navy is more than ever motivated to meet the challenges and organize the 16th iteration of Phoenix Express despite the COVID pandemic," said Senior Captain Jamel Ben Omrane, Tunisian Navy.

U.S. Naval Forces Europe-Africa/U.S. Sixth Fleet, headquartered in Naples, Italy, conducts the full spectrum of joint and naval operations, often in concert with allied and interagency partners in order to advance U.S. national interests and security and stability in Europe and Africa. 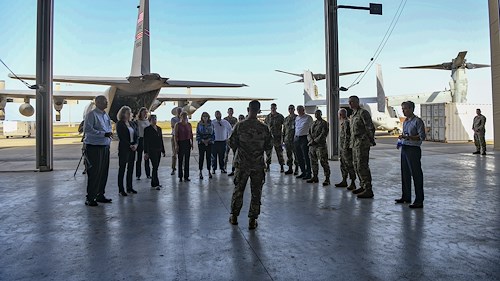 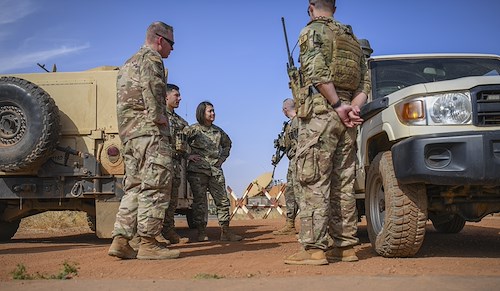