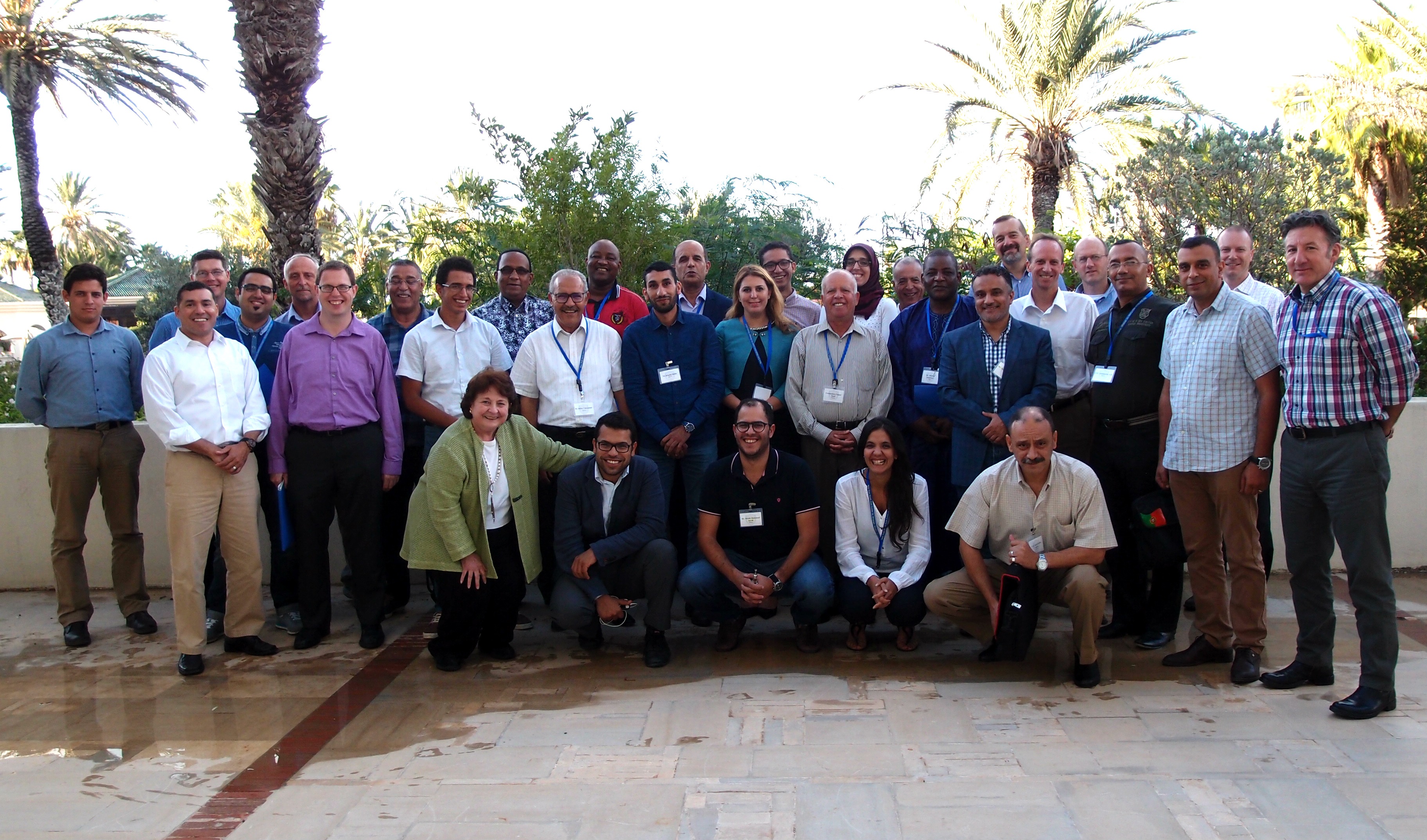 The workshop highlighted the “best of the best” from workshops and programs held by NESA throughout fiscal year 2016.

The NESA Center is a US Department of Defense regional center geared toward international security cooperation in the Near East and South Asia (NESA). A team of security leaders who leverage a variety of practitioner and academic experience to coordinate the sharing of regional and security expertise in the U.S. and abroad.

"The capstone acts as a barometer to recap and capture progress and attitudes/outlooks in the region,” said Anne Moisan, associate professor at NESA.

More than 30 participants from Tunisia, Algeria, Libya, Morocco, Niger, and the United States attended the event.

“Since the issues we address in the workshop series are multi-dimensional and complex societal issues, having a good representation across society in the various countries is important to us and is at the heart of all our work with AFRICOM,” Moisan said. “This approach adds depth and a better understanding of the issues beyond a more tradition ‘official-only’ view.  In addition, it better reflects reality and a broader whole of society approach to understanding and addressing security issues.”

Throughout the fiscal year NESA programs focused on topics including radicalization, border security, counter-terrorism, and illicit commons such as drugs, guns and people.

“Security has evolved over the years in North Africa-Sahel to blur the lines between hard and soft security issues especially highlighted in the post-revolution era,” Moisan said.

During the workshop, attendees participated in non-attribution informal discussions, shared experiences and proposed solutions/initiatives to some of the issues facing their country and the region. Several themes were present during discussions such as the need for good governance and how to reform and reintegrate returning fighters back into society.

Another participant said that terrorism is a global, regional and national issue that effects the whole world, even outside of conflict areas.

Though a capstone “pilot” workshop was held in 2015, this is the first year that a significant numbers of AFRICOM staff have had a more active role in the workshop and participated as commentators on the various discussions.

“The ultimate goal of the program is to allow for the formulation of do-able, executable and practical regional solutions to regional problems,” Moisan said.

One of the attendees used a popular Tunisian saying to sum up the benefits of the workshop.

“Two opinions are better than one opinion…synergy really does work,” he said.