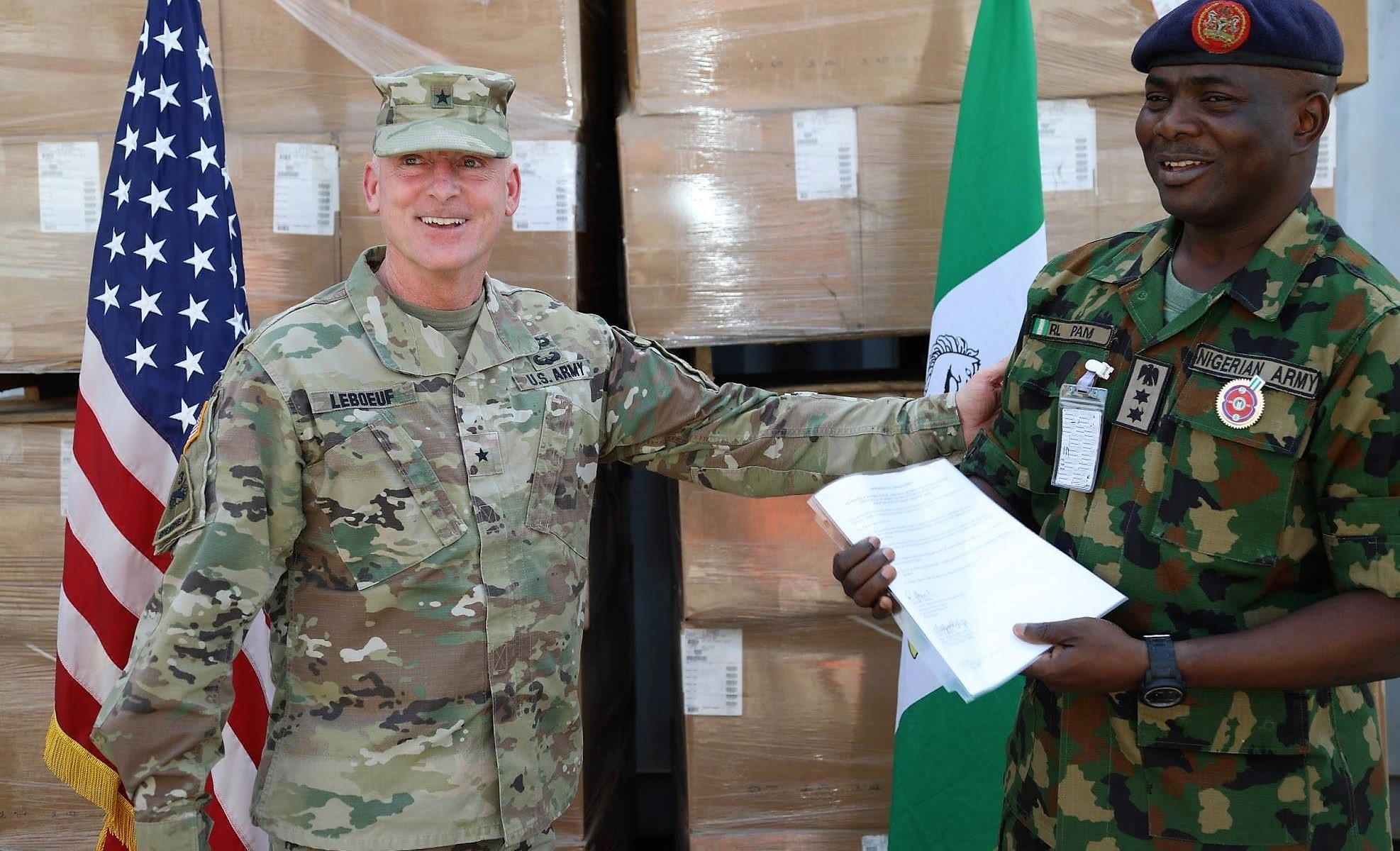 WASHINGTON -- U.S. Army Security Assistance Command troops will underscore the organization mission when it deploys to train and advise one of the most powerful nations in northwest Africa early next year.

Although the United States has had close diplomatic relations with Nigeria since the 1960s, the continent's most populous country came into focus for some in 2014 when 276 school girls were kidnapped by Boko Haram, an Islamic terrorist group based in the nation's remote northeast territory. Thousands have been kidnapped, and thousands more have been killed, during Boko's eight-year insurgency.

But the Nigerian army, historically among Africa's strongest and most stable military forces, has been on the offensive against the group, along with coalition partners from neighboring African nations.

SATMO Detachment Commander Capt. Stephen Gouthro said his team will conduct platoon and company-level training with a Nigerian infantry battalion through mid-February. He said the "six solid weeks" of training is not intended to provide skills they already possess, but rather support a partner nation in improving their vast capabilities.

"We're not going to there to reinvent the wheel," Gouthro, "just make it a little rounder. We want to provide input that is adaptable to their current operating environment."

He called it a true collaboration between partners, and one that he and the team take very seriously.

"The troops we train will likely conduct combat operations with Boko Haram or other national threat groups in the near future," said Gouthro, "so we're hoping some of what we can share with our allies will be put to good use and ultimately save lives."

He described the SATMO detachment as a small element with enormous impact.

"Being a part of a much larger mission that is going to bolster U.S. national security while building partner capacity, is very humbling. We're looking forward to the assignment," he said.

SATMO is a USASAC subordinate organization that deploys U.S.-based teams to execute security assistance missions outside the continental United States. SATMO has successfully deployed training and advisory teams to every geographic combatant command, hence the motto "Training the World, One Soldier at a Time." Their mission is vital to achieving U.S. national security objectives and stability in various key locations throughout the world.

For more information on how USASAC and SATMO supports U.S. Army Readiness and geographic combatant commands, visit www.army.mil/usasac or https://www.usasac.army.mil/usasatmo.aspx.