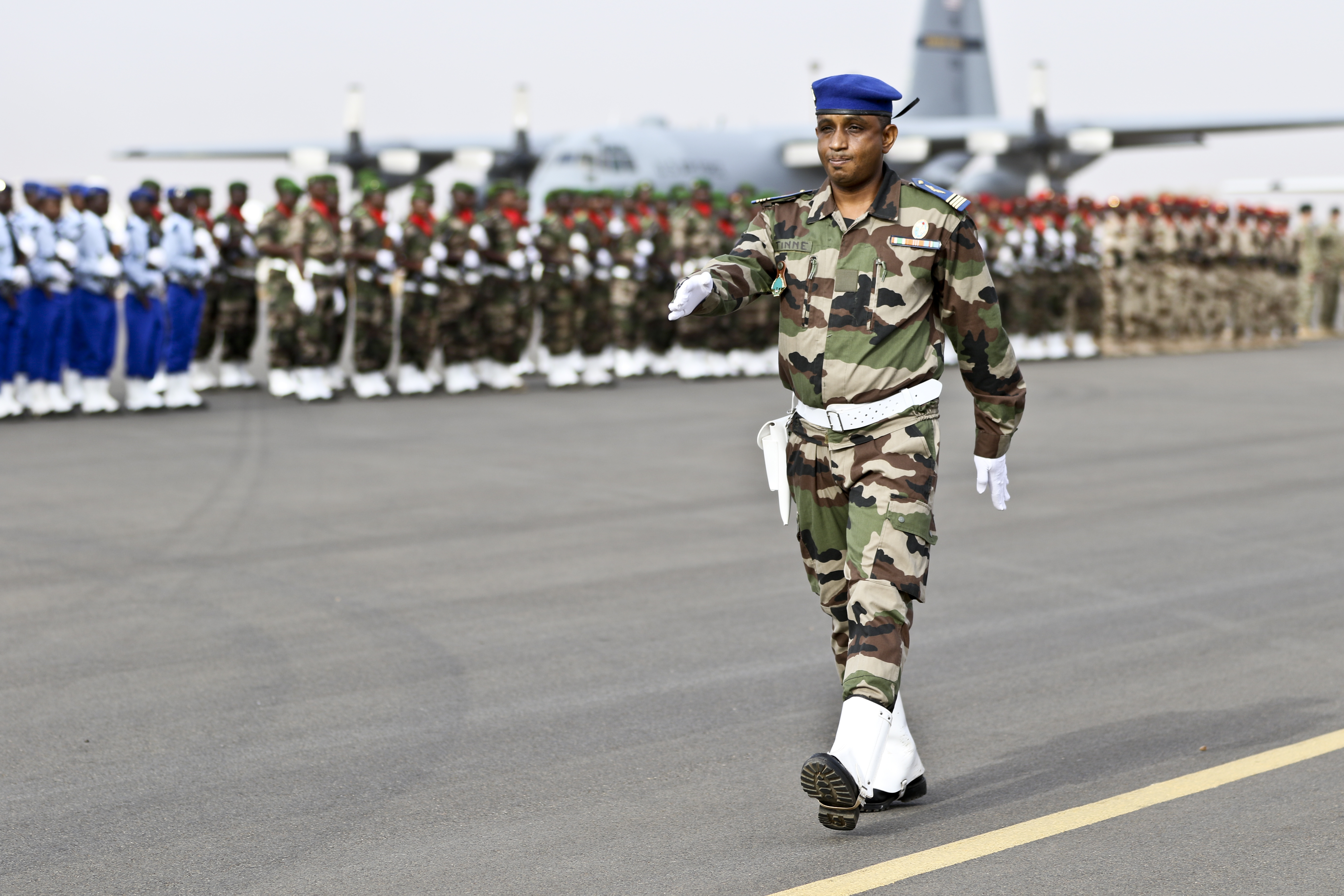 10 photos: Flintlock 2018 Opening Ceremony
Sgt. Heather Doppke, U.S. Africa Command
Photo 1 of 10: NIAMEY, Niger – A Nigerien Soldier marches across the airfield at the start of the opening ceremony of Flintlock 2018 in Niamey, Niger, April 11, 2018. Flintlock, hosted by Niger, with key outstations at Burkina Faso and Senegal, is designed to strengthen the ability of key partner nations in the region to counter violent extremist organizations, protect their borders, and provide security for their people. (U.S. Army Photo by Sgt. Heather Doppke/79th Theater Sustainment Command) Download full-resolution version 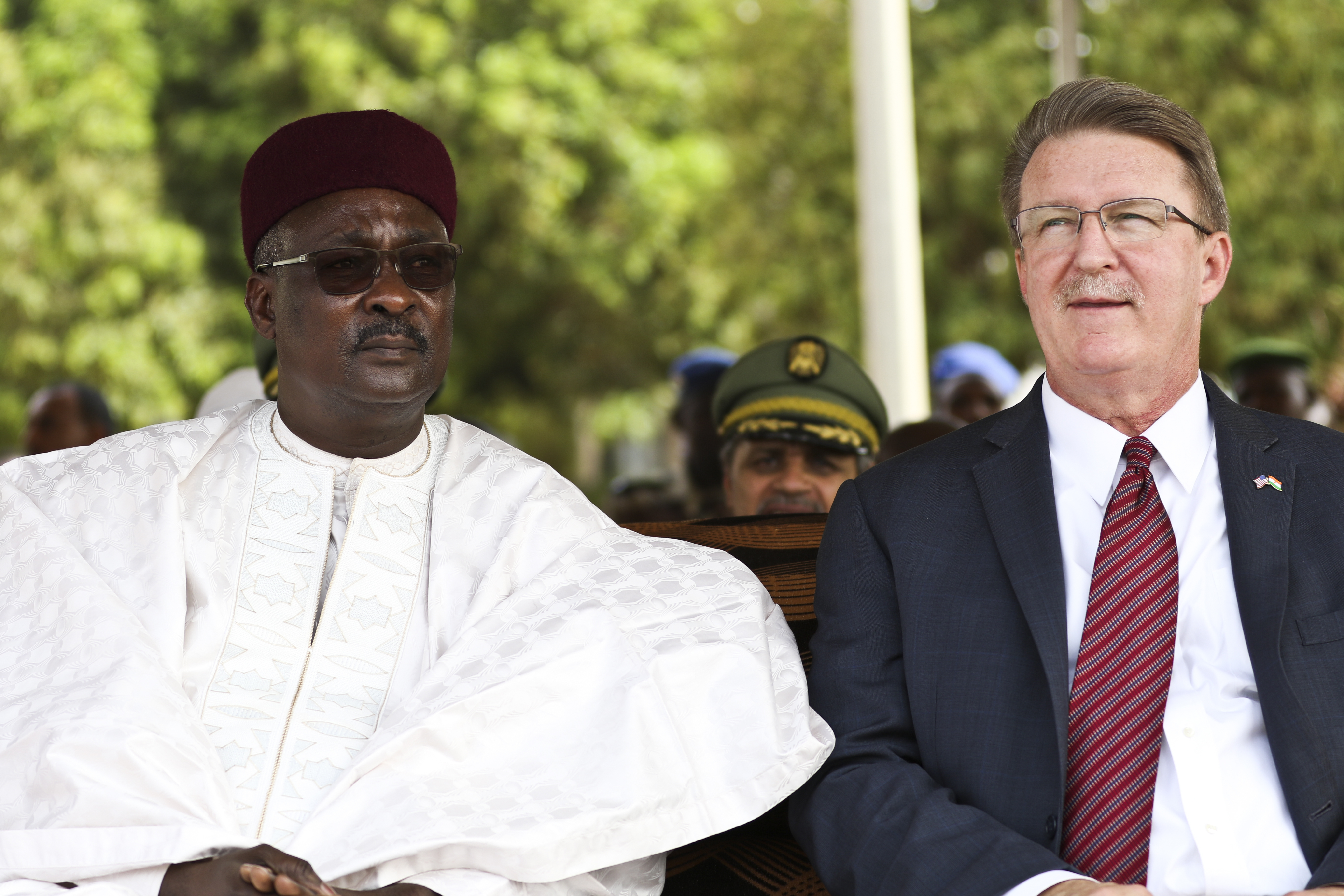 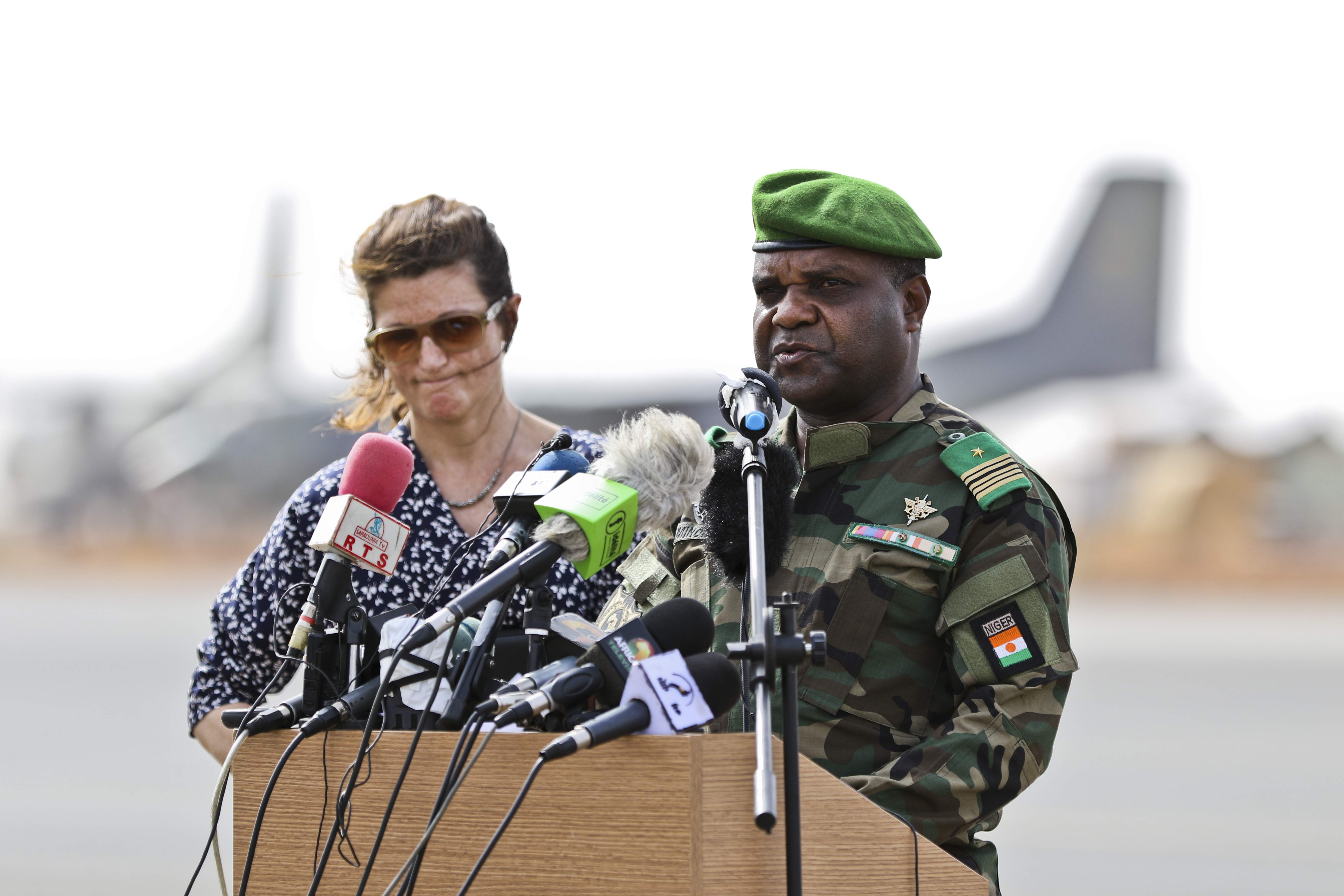 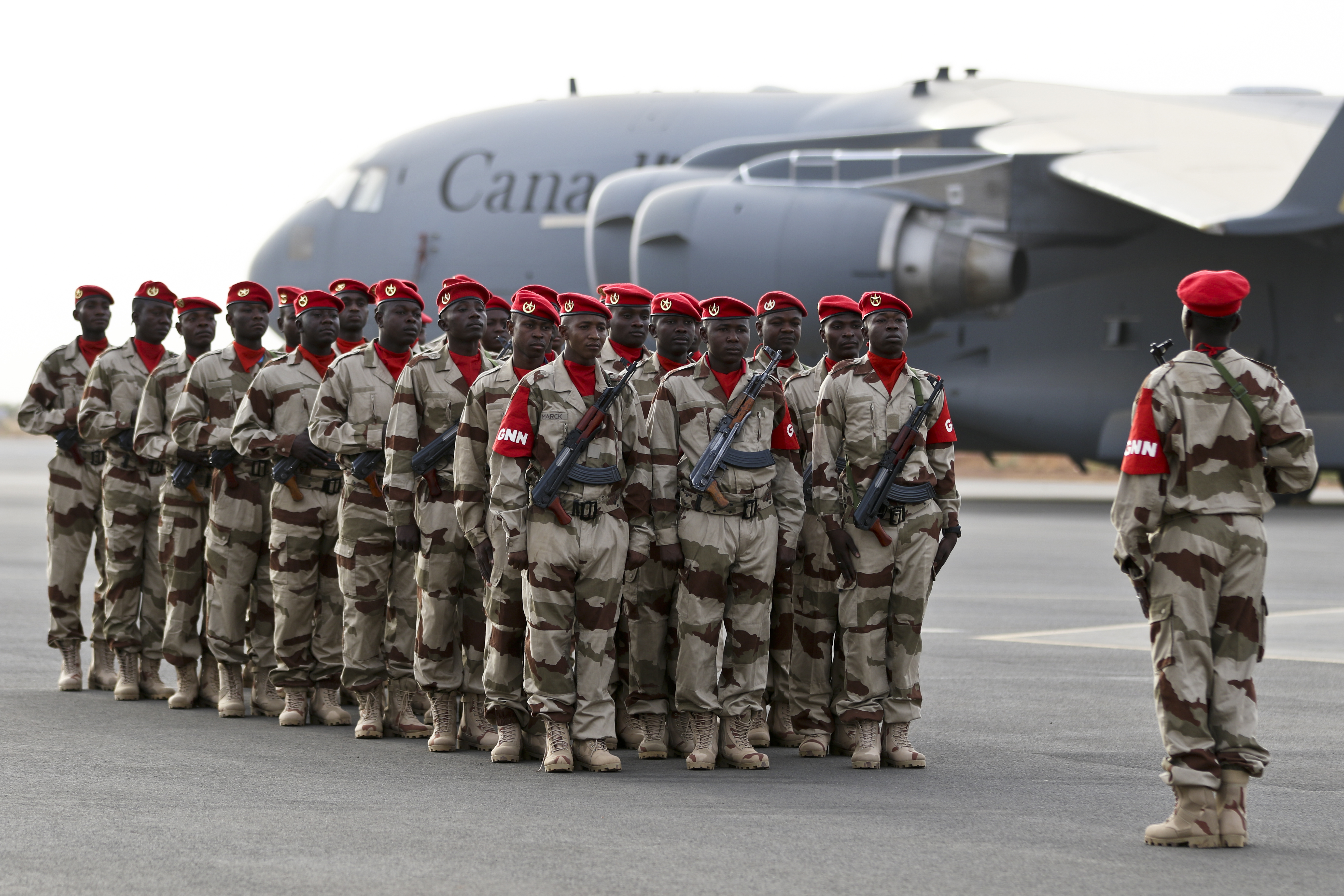 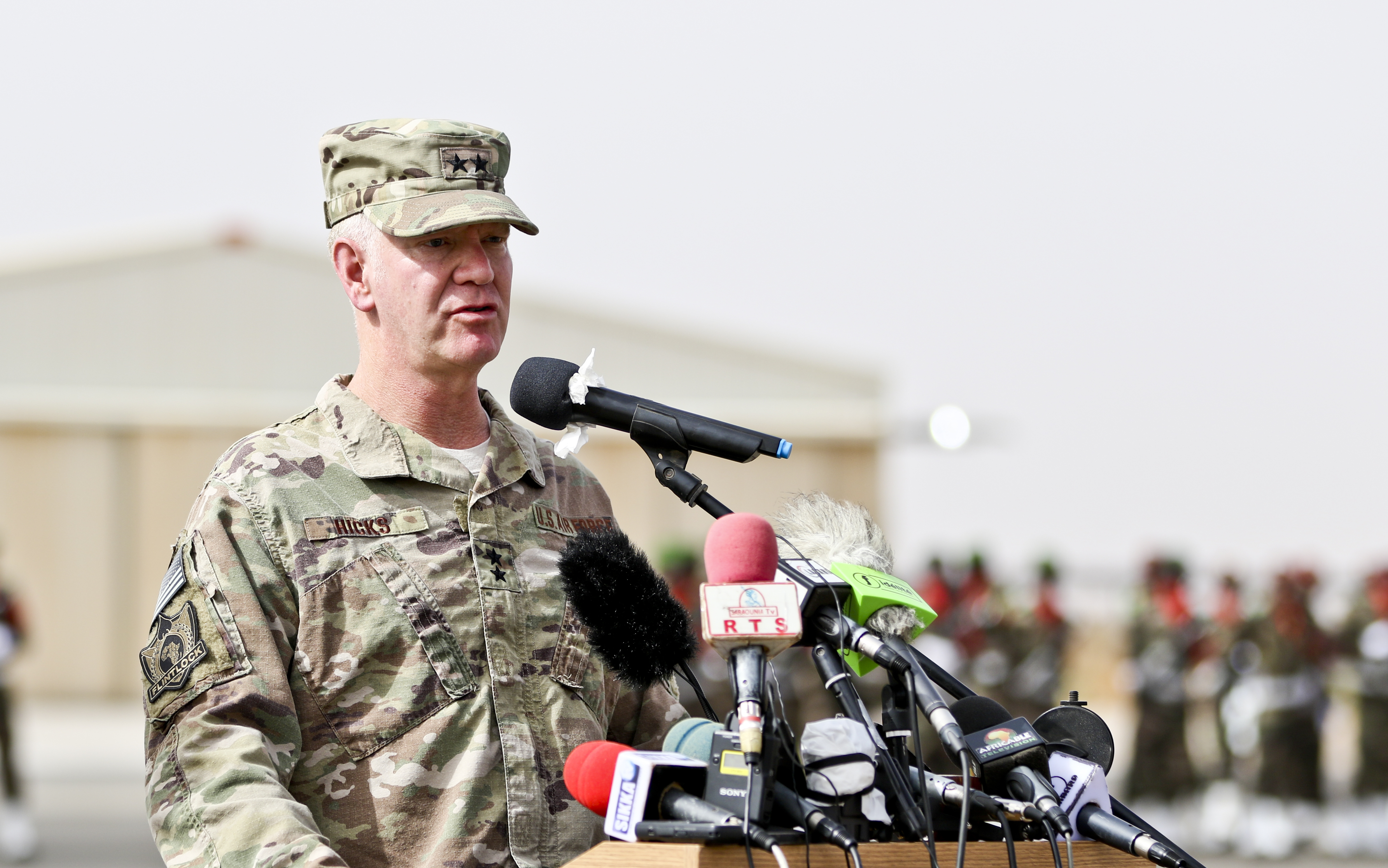 Exercise Flintlock 2018 officially kicked off during an opening ceremony April. 11, 2018 in Niamey, Niger.

Approximately 1,900 service members from more than 20 African and western partner nations are participating in Flintlock 2018 at multiple locations in Niger, Burkina Faso, and Senegal.

“Our sub-region is currently facing unprecedented security challenges that hinder economic development of our countries,” said Col. Maj. Sani Mahamane Laminou, Flintlock exercise director. “These challenges arrive without regard to borders and they challenge the efforts deployed by our respective states to allow our citizens to live in peace and security.”

Though Flintlock has been an annual exercise since 2005, this year’s exercise is entirely facilitated by the special operations force units of the African nations with the support of western nations, Laminou said.

“This will truly create necessary conditions enabling interoperability and for the exchange of experience in an operational plan between these forces,” he said.

A multinational headquarters has been established in Agadez, Niger, which is one of the outstations for the exercise. It is tasked with implementing the exercise’s scenario, Laminou said.

“This scenario, which is very realistic will enable all nations to conduct operations in an environment of real threats,” he said.

“This year, Flintlock is a tangible example of the commitment of the international community to come together and train together as brothers in arms in order to deal with the security situation in the Sahel and in the Lake Chad Basin,” said U.S. Air Force Maj. Gen. Marcus Hicks, commander, Special Operations Command Africa.

“With respect to the capabilities and means possessed by each country, it is clear that no one country can face all these complex challenges these challenges undermine security and the socio-economic development across our common space,” he said. So, the fight against transnational threats calls for a very integrated and collaborative effort.”

This year’s Flintlock is focused on a whole-of-government approach including involvement of many civilian and law enforcement organizations, said Amb. Eric Whitaker, U.S. Ambassador to Niger.

“In order to counter multi-faceted threats our response must also be comprehensive he said. “This whole of government approach serves to combine development, diplomacy, and defense in support of collective objectives.”

Check out the Flintlock 2018 Feature page on DVIDS!