Contact Us Press Releases AFRICOM Portal
MEDIA ROOMPartnerships
Malawian Defense Force Receives US Equipment Donation
The United States government donated nearly $1.3 million in military equipment to the Malawian Defense Force for use in peacekeeping operations and training during a formal handover ceremony on May 16, 2019, at Kamuzu Barracks in Lilongwe, Malawi.
By Maj. Daniel R. SeibelJun 11, 2019 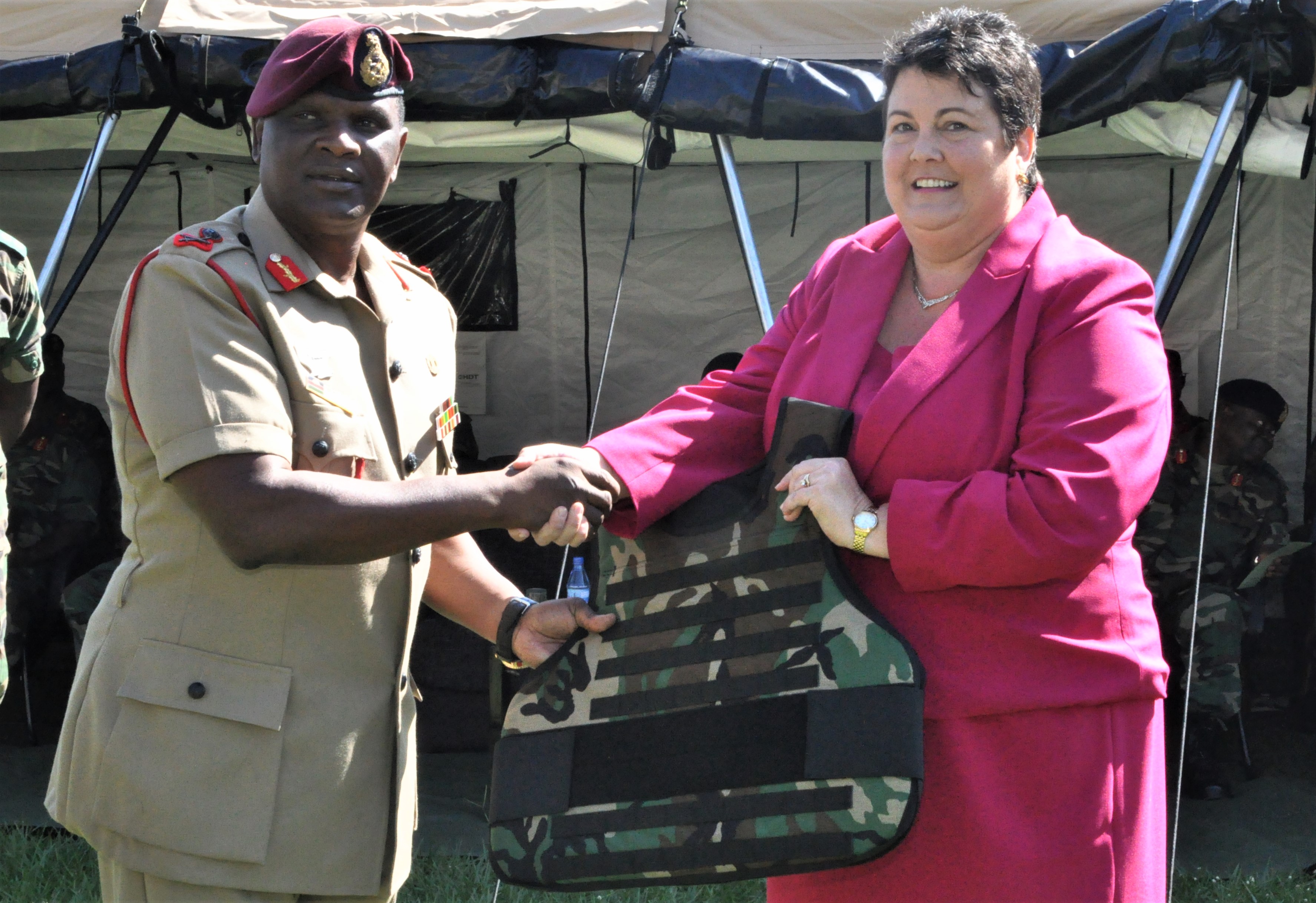 LILONGWE, Malawi -- The United States government donated nearly $1.3 million in military equipment to the Malawian Defense Force for use in peacekeeping operations and training during a formal handover ceremony on May 16, 2019, at Kamuzu Barracks in Lilongwe, Malawi.

The equipment included tents, sandbags, helmets, and body armor that will support 850 Malawian soldiers deploying later this year for United Nations peacekeeping operations in the Democratic Republic of the Congo.

The United States Embassy in Lilongwe coordinated the military equipment donation through the Global Peace Operations Initiative, a U.S. government program established in 2005 to promote international peace and security by enhancing partner country capabilities to effectively train, deploy, and sustain soldiers for U.N. peacekeeping operations. For more than a decade, the U.S. government has provided Malawian peacekeepers with military equipment, pre-deployment training, and advisory assistance through GPOI funds.

During the handover ceremony, U.S. Ambassador Virginia Palmer recognized the contributions Malawi has made to support U.N. peacekeeping missions in recent decades and honored the Malawian peacekeepers that gave their lives protecting vulnerable civilians in the Democratic Republic of Congo last year.

“We, as Americans, know the indescribable pain felt when our uniformed family members deploy abroad in defense of the helpless and never return," she said. "These shared experiences are why we take our military partnership so seriously. Today we are handing over nearly $1.3 million in new equipment, including more than 400 ballistic helmets and vests, because we value the lives of our partners and trust in Malawi’s dedication to future peacekeeping operations."

In June, a team of U.S. military trainers and civilian advisors will work alongside MDF instructors and the British Peace Support Team to conduct pre-deployment training for the 850 Malawian soldiers preparing to deploy later this year to the United Nations Organization Stabilization Mission in the Democratic Republic of the Congo. The U.S. trainers will focus on teaching U.N. core pre-deployment training materials and tactical skills, including casualty evacuation, convoy operations, and logistics.