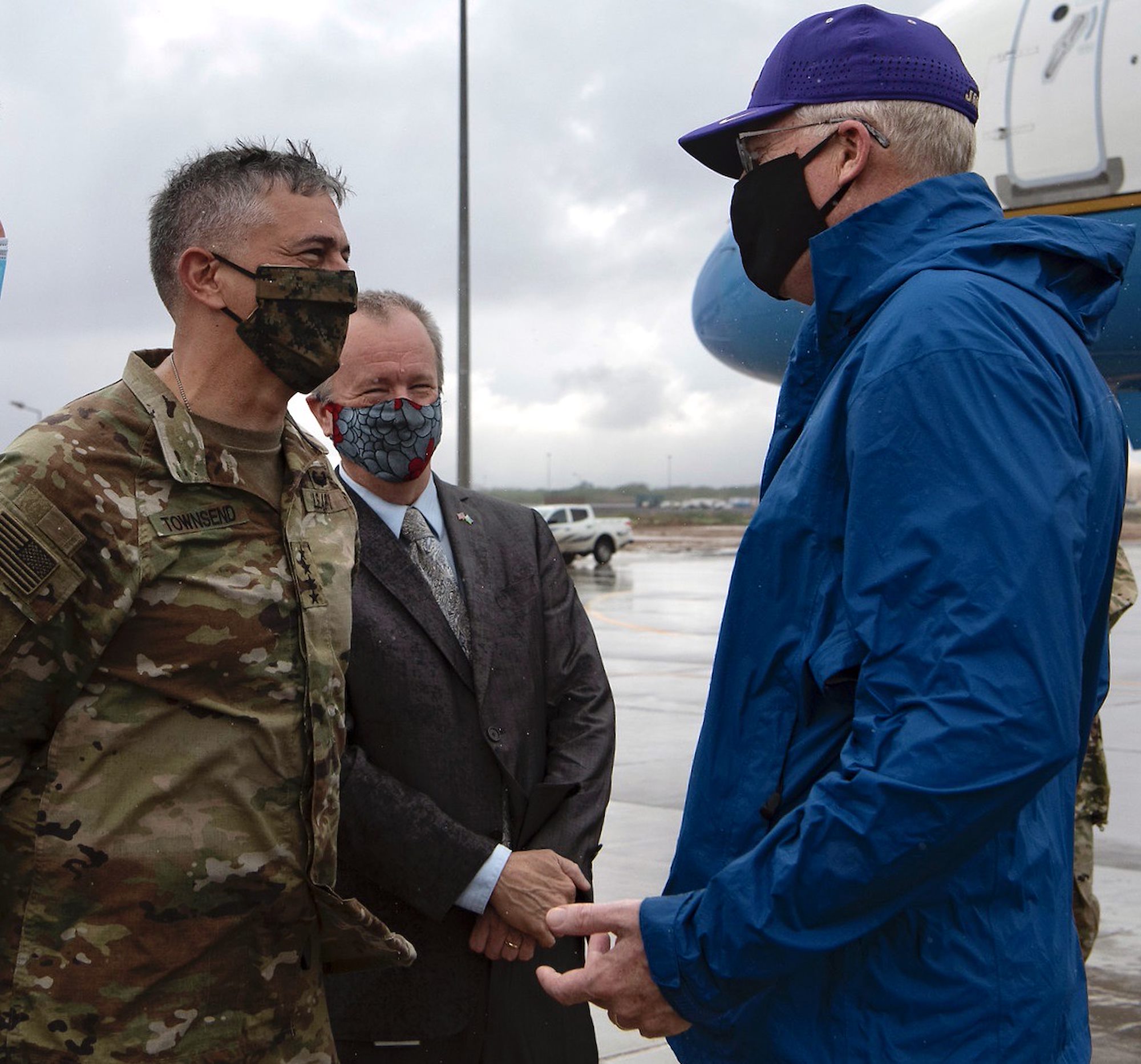 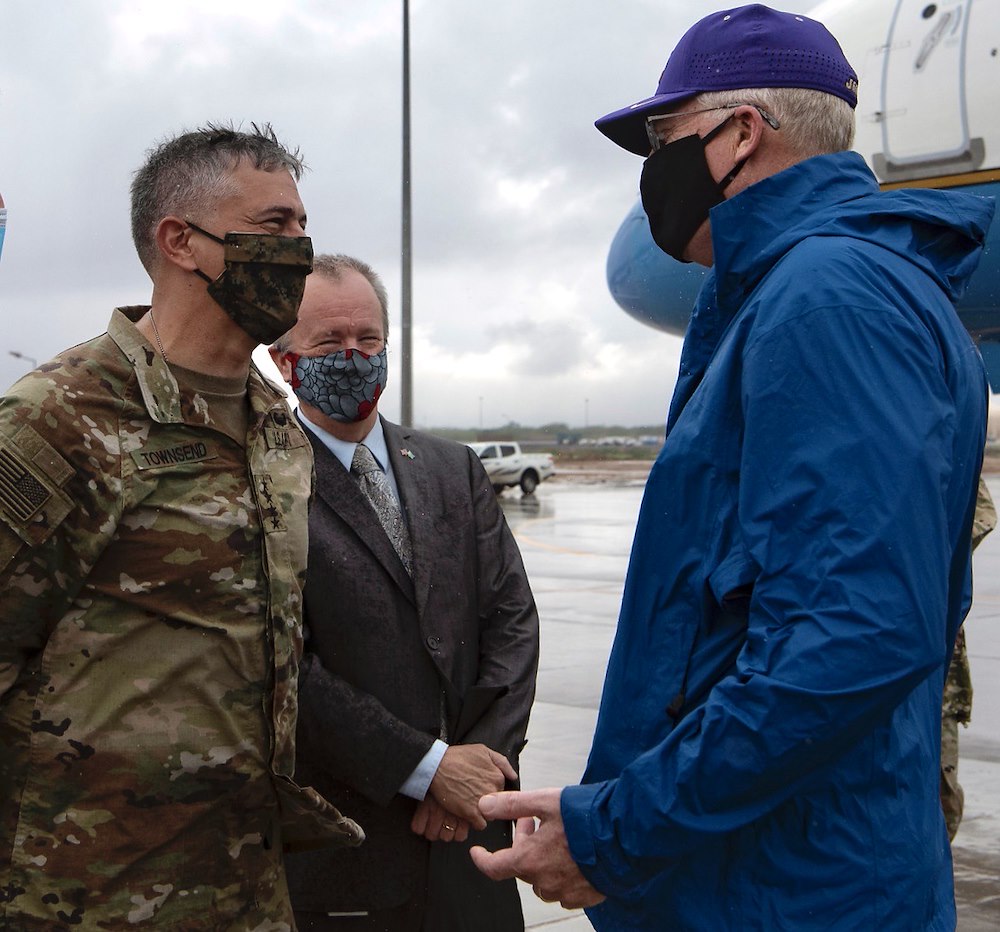 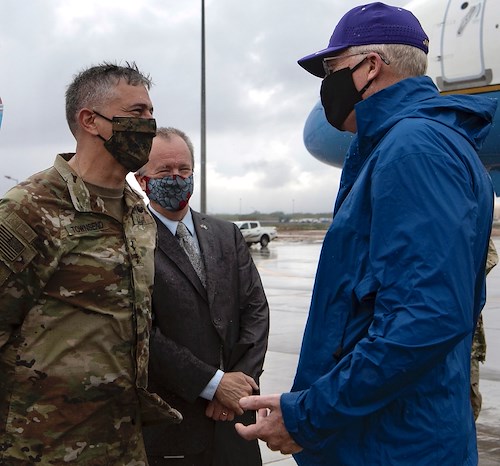 While there, senior defense officials received a firsthand overview of U.S. Africa Command’s operations in East Africa and recognized U.S. service members over the Thanksgiving holiday.

At Camp Lemonnier, Djibouti, the official party received a comprehensive Combined Joint Task Force - Horn of Africa overview of actions and activities on the continent, highlighting the strategic importance of the region.

"Global competitors understand Africa's importance to their strategic interests,” said Townsend. “What we do in East Africa matters to U.S. national security and it is important our forces understand the positive impact they are having."

While in Djibouti, Townsend also met with service members and participated in a “socially distanced” Thanksgiving while there.

"Our forces are hard at work strengthening partnerships, advancing U.S. interests, and enhancing regional security. In a challenging environment, our forces are positioned and ready to respond to emerging issues and crises,” said Townsend. “It is important for me to thank our deployed service members for making a difference."

Following the visit in Djibouti, Townsend accompanied Miller to Mogadishu, Somalia, to meet with U.S. Ambassador to Somalia, Donald Yamamoto. During the visit, discussions centered on security and U.S. whole of government programs and initiatives.

Townsend continued on to an outpost in Somalia to recognize U.S. service members.

"We enjoy close cooperation with our East African partners. Partnership and a range of U.S. assistance remains critically important to the stability, security, and prosperity of this region,” said Townsend. “We must continue to work together and deliver whole-of-government, international, and African solutions to address regional issues." 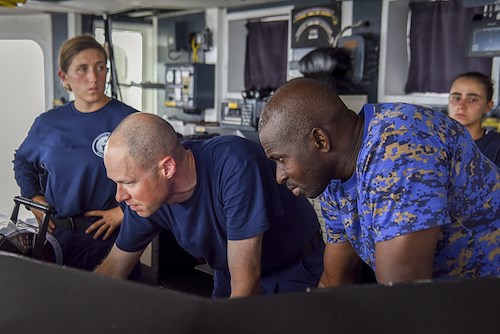 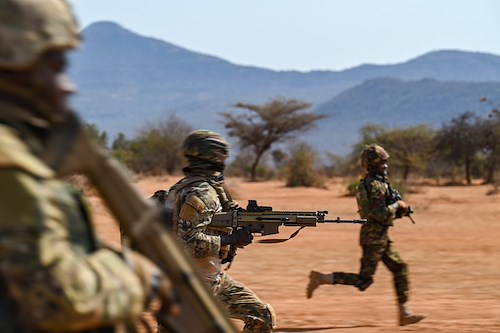 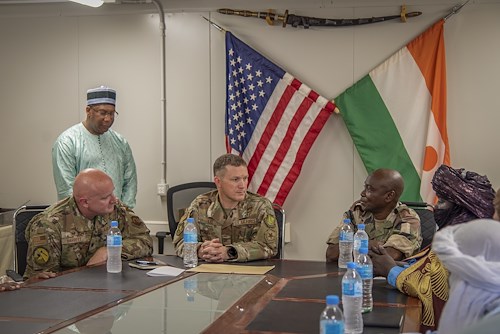 Nigerien Armed Forces, U.S. Air Force discuss security in region
During the roundtable July 12, 2022, the partners discussed their strong relationship as well as the shared interests within the Agadez community.
Read more

Nigerien Armed Forces, U.S. Air Force discuss security in region
During the roundtable July 12, 2022, the partners discussed their strong relationship as well as the shared interests within the Agadez community.
Read more 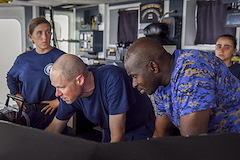